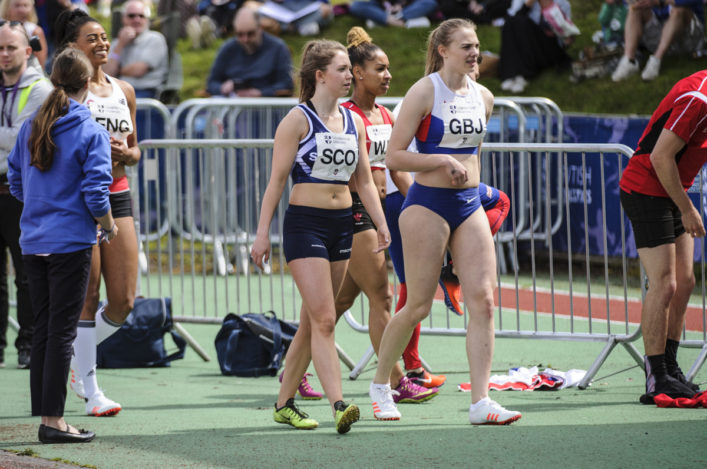 Alisha Rees (GB Juniors vest) at Loughborough on the day she recorded new Scottish U20 Record at 100m at 11.62 seconds

Following an appeal to the athletics community in Scotland, we’re delighted to confirm three new members have been co-opted onto our Records and Statistics group.

This gathering sits as a Sub-Committee of the Track and Field Commission and assesses performances in a historical context on a regular basis.

Three new members – Alison O’Rourke, Steve Nairne and Ron Todd – attended their first meeting at the Emirates Arena towards the end of May to look at some recent performances.

From now on, athletes who lands Scottish Records will receive a newly-created Scottish Record Certificate from scottishathletics to mark the achievement.

Recommendations from the Records and Statistics Sub-Committee have now been ratified by the scottishathletics Board at the June Board meeting.

*A subsequent performance by Holly McArthur in Tenerife will be reviewed at a later date.