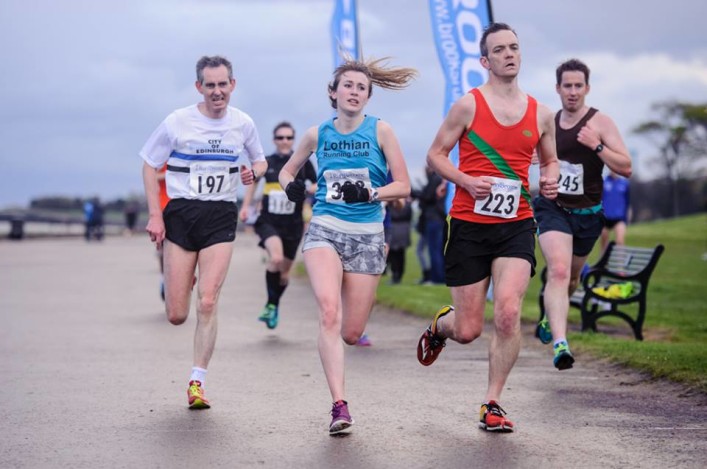 All roads lead to Silverknowes on Edinburgh’s Forth coastline on Friday night for the endurance community – and an eagerly-awaited Scottish 5K Champs.

This event, which is organised by Run and Become as part of their Self Transcendence series, has been switched from a midweek date and already that looks to have been a success with 482 entries received as compared to 412 last year.

The races has a good reputation for quick times on the flat course and indeed, in 2015, no fewer than 188 athletes went under the 19 minute barrier. This time around, we’ve noticed that there are 70 clubs represented on the entry list. Thanks!

At the front of the race, there looks to be real competition again this year even if the course record of 14.17 set by Callum Hawkins a year ago might not come under threat.

Scotland track international Mark Mitchell looks like a contender in the Men’s race as he transfers to the road following a recent half marathon run in Inverness and there are athletes from Central AC like Dale Colley, Cameron Milne and Jamie Crowe and from Inverclyde AC like Craig Ruddy and Jonny Glen who could challenge for podium places.

It is a local race for Corstorphine AAC so don’t discount Callum McKenzie and Dermot Cummins while there are others from the capital who will harbour hopes of a high finish like Neil Renault, Patryk Gierjatowicz and Murray Strain.

Glen for his part is the U20 champion and is hot favourite to retain that title in a category where the entries include Ryan Thomson, Aidan Thompson, Craig Jardine, Andrew Lawler, Callum Matthews, Gavin Bryson, Callum Symmons and Iain Davies. 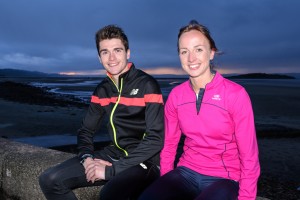 The Women’s race arguably looks intriguing to say the least and it is good to see the past two winners, Lothian’s Sarah Inglis and Central AC’s Morag MacLarty, on the start-lists. Joining them and a threat is 2015 Scottish National XC champion, Maddie Murray.

Like Glen, Pennycook is defending U20 champion with a chance of a high finish in the Seniors. Looking to compete for U20 medals will be the likes of Annabel Simpson, Gillian Black, Catriona Graves, Hannah Addison and Eve Mackinnon.

Check out video footage from the finish line in 2014 when the Men’s race was won by Tewolde Mengisteab.

Details on the Road Race Grand Prix after two events (Scottish 10-Mile Champs and the Marathon) are in the document here: