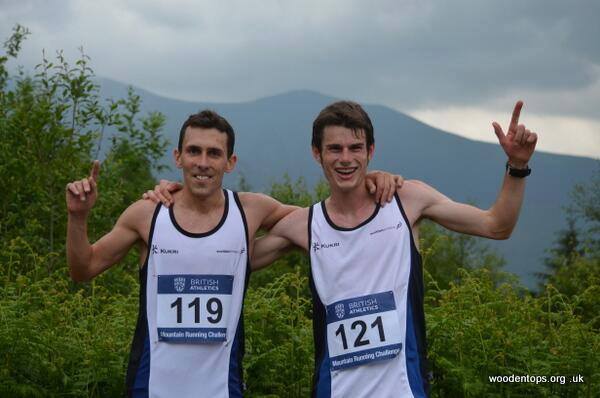 Scotland had a record contingent in Team GB and NI for the European Champs in Mountain Running – and all six performed with distinction.

Indeed, five of them finished in the top 10 in their races with pride of place falling to Robbie Simpson for a silver medal in individual terms in the Senior Men’s race.

The man from Deeside Runners, who is set to move to Austria to improve already-impressive hill running skills, was just nine seconds adrift of the winner after 56 minutes of tough competition in Gap, France.

Robbie’s medal at Senior Men’s level was the first by a GB athlete for fully 12 years – firmly emphasing the quality of his run.

Andrew Douglas finished in tenth place in the Senior Men’s race, too, for a great debut at this level for GB for the Inverclyde AC athlete.

Team GB and NI took second place in the men’s race so Simpson and Douglas picked up silver medals.

The British Senior Women’s team took silver medals and Megan Crawford of Fife AC contributed to that with 29th place in her first experience of hill running at international level.

And there were three very good Scottish performances in the Junior age-groups.

Catriona Graves has starred at this level for a year or two and she continued that form with seventh place individually and a silver medal in team terms.

Andrew Lawler matched that seventh place in the Junior Men’s race with Jacob Adkin only one place behind him in eighth. The GB Junior Men finished fourth.

Malcolm Patterson, the scottishathletics Event Coach Mentor for Hill Running said: ‘It was an outstanding series of results by the Scots.

‘We were delighted to have a larger contingent than ever before with Team GB and NI for these championships and it is great to see they all rose to the occasion in Gap.

‘Congratulations to all the athletes and coaches involved on very pleasing performances in a European context. It augurs well for the rest of the season and future international opportunities.’

Here is a link to the results from Gap: