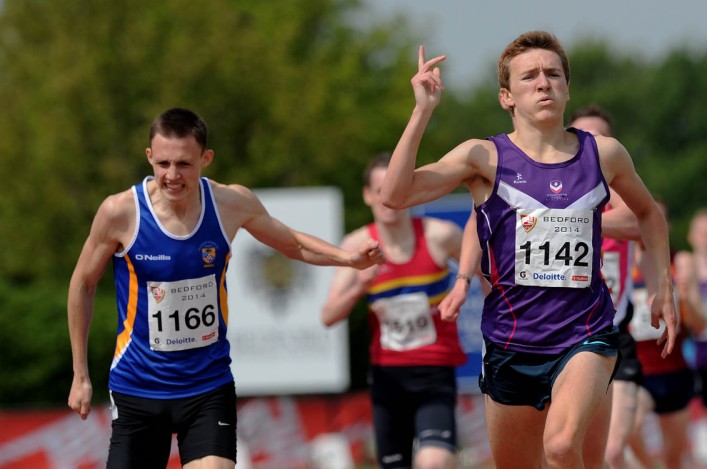 Scottish athletes collected half-a-dozen gold medals at BUCS in Bedford, despite a smaller contingent than usual for the annual students event.

And there was the added bonus of Commonwealth Games standards for throwers Rachel Hunter and Kimberley Reed in the womenís hammer, where Scotland finished 1-2 on the podium.

In addition to Reedís silver medal, thanks to her 61.77m throw in the hammer, there was a silver for Ella Gibbons in the high jump at 1.66m behind winner Isobel Pooley.

Two other Scottish athletes picked up bronzes in Bedford as Zoey Clark finished third in the 400m final at 54.82 and Ray Bobrownicki took third equal in the high jump at 2.04.

‘I know I cannot sit back and rest because the competition for Scotland hammer places in the women is so fierce,’ said West of Scotland University’s Hunter.

‘I plan to keep working closely with my coach, Chris Black, on technical weaknesses and aim to try and be more consistent. Hopefully that will maintain or improve my future performance.’

Clark ran 54.82 in her 400m final and the Aberdeen student told the Press and Journal: ‘I am happy with third place and a BUCS medal but I am a little disappointed with the time. But the race has shown me what aspects I need to work on.’

Condie, the Red Star AC athlete who is at university in Southampton, won discus and shot events.

There were fourth places in Bedford for Yasmin Milne in the 100m hurdles and Zara Asante in the triple jump. Kyle McLellan took fourth in the menís 10,000m, too, with a big PB. As well as those mentioned, there were fifth place finishes for Beth Dobbin in the 200m, Greg Millar in the javelin

All the results are available here: