Round up: Bedford and Skiddaw 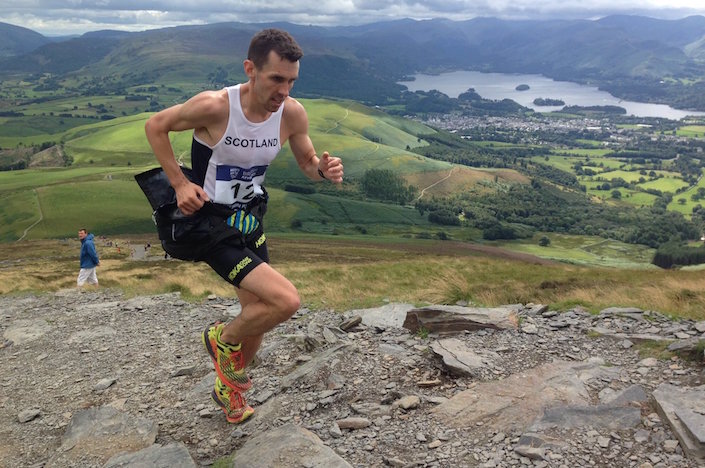 Pictured: Andy Douglas on his way to victory on Skiddaw, featured on Lee Procter’s Twitter feed

There were a clutch of medals for Scottish athletes in Bedford at the weekend, as the build-up to the Scottish National Champs continues.

The England Athletics championships saw Rachel Hunter bringing home gold in the women’s hammer throw, with silvers for both Kirsty Law in the discus and Beth Dobbin in the 200m.

Among the para athletes, Maria Lyle won a wind-assisted 200m in a time which would have been a new European record of 29.24, while fellow Rio-bound Paralympian Stef Reid won gold in the long jump. Lewis Clow scooped a full house of PBs in 100m/200m and 400m, returning with a bronze medal in the 200m. Paul Davidson won gold over 400m and finished second running as a guest in the 200m. Ewan Waite won bronze over the ambulant 1500m and Nathan Blackie won silver in the 100m wheelchair race with a huge PB of 16.88 in the heat and 17.14 in the final.

Director of Coaching Rodger Harkins said: “It was a great weekend for Scottish athletes, and it’s good to see them keeping the ball rolling – next stop the Scottish National Championships.”

There was victory for Andy Douglas of Inverclyde in the Senior Home Country Internationals Hill Race at Skiddaw on Saturday.

Over a 11.3km route including 1080m climb, he secured a clear win in 54:09 – more than two minutes ahead of second place. Also, because the event doubled as the Trial Race for the Mountain Running World Championships, he scooped automatic selection for the GB team for the Worlds, which take place in Sapareva Banya, Bulgaria on 11 September.

Also booking a seat on the plane to Bulgaria was Euan Gillham of Kilbarchan, who won the Junior men’s race (7.7k with 846m ascent) in 41:58. A fantastic result for Euan in his first hill race – he led all the way and won by almost a 90 second margin, finishing ahead of Josh Boyle, who gained a GB vest at the European Championships earlier this year. The result transfers Euan’s superb form on the country during the winter into the mountains.

* There was another great run for Tom Owens, who won the Comapedrosa SkyRace in record time after a late entry, following on from his second-place finish in the Buff Epic Trail last weekend. Read the full report here.