‘Rhona is a brilliant prospect’ – Pavey 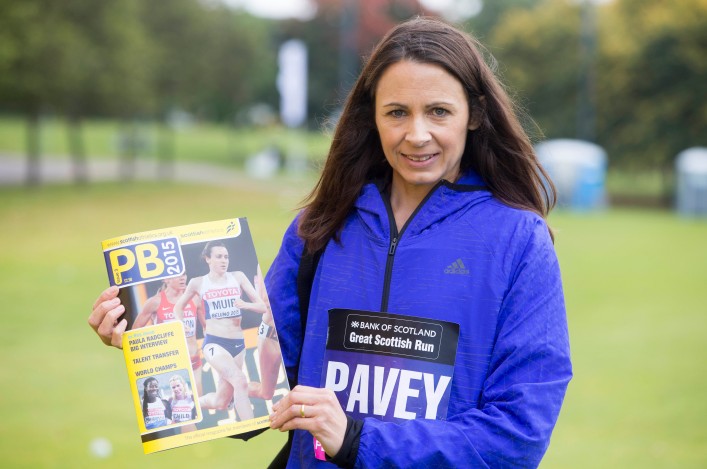 Jo Pavey believes Scotland’s Rhona Auckland has the potential to follow in her illustrious footsteps and compete at major championships on the track.

The 2014 European 10,000m gold medallist was in Glasgow for the Great Scottish Run last weekend and duly ran a British best for a v40 athlete with a 69.58 run that was only 20 seconds outside a World best in that age group.

Auckland, the European U23 silver medallist at 10,000m, meanwhile, was in action in the United States as she finished fourth for her new college, the University of New Mexico, in a regional cross country event as she makes a good start to the season.

‘Rhona did brilliantly at Highgate in the British 10,000m Champs in May and she followed that up at the Euro U23s,’ said Pavey.

‘She is a really exciting talent and, for me heading towards the end of my competitive career at major championship events, I am thrilled to see other British girls coming through like that. I want to see that happening.

‘I wouldn’t want young teenagers to do be doing too many of them and it should of course be happening with consultation with a coach, but I was into my 20s  when first racing those distances so you can adjust or adapt.

‘There’s no reason why not, especially if you are an endurance athlete who does cross country in the winter to give you a good base fitness. I would certainly encourage girls or young women to give it a go on the track at 5000m and 10,000m.

‘Rhona’s development in that sense is brilliant to see. I really want there to be people following on in GB vests after me and she is someone I could see doing that – and doing well.’ 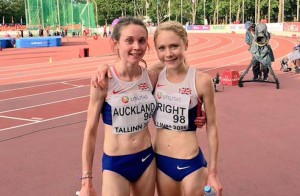 Track silver for Rhona in Estonia at Euro U23s