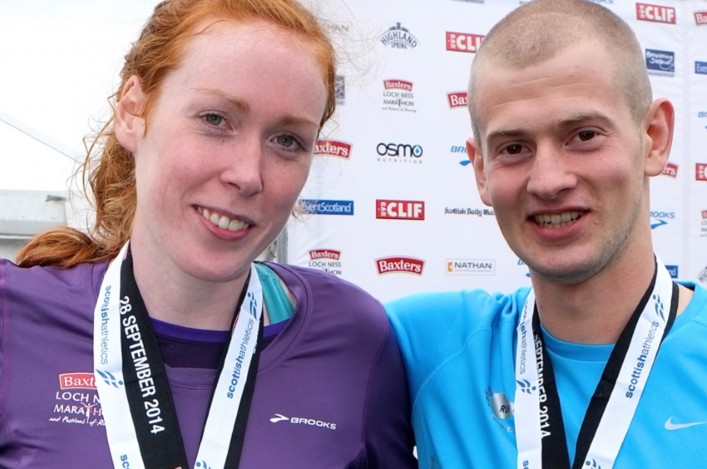 Scottish champions Patryk Gierjatowicz and Jenn Wetton are among the leading athletes planning to take part in the Baxters Loch Ness marathon and festival of running later this month.

Places are still available for scottishathletics members, members of affiliated UK running clubs, overseas runners, and through official charity Macmillan Cancer Support and other affiliate charities – but only until midnight on Monday 7 September.

The festival, which takes place on Sunday 27 September, incorporates the Scottish men’s and women’s marathon championships for the fifth year in a row and offers a £1,500 prize for the first man and woman to complete the course with further cash prizes for the top five finishers.

There are also generous prizes for leading Masters runners in the over-40, 50 and 60 age divisions. Cash awards go to the top three men and women in the Baxters River Ness 10Km with voucher awards to the leading three over-40,50 and 60 age group men and women.

Gierjatowicz, a member of the Hunters Bog Trotters club, has won the national men’s marathon title at Loch Ness for the past two years after finishing second overall behind non-scottishathletics members Tarus Elly, in 2013, and Tomas Abyu last year.

Only two men, Joe McGhee (1954-56) and Fraser Clyne (1992-94) have previously won the magnificent A. H. Blair championship trophy three years in a row, and the Edinburgh-based Pole says he’d be amazed if he was to become the third member of this exclusive club.

‘I have been lucky to win for the past two years and if I did it for a third time I’d be able to retire feeling happy as so few people have won three times. I think, however, it will be difficult,’ said Patryk.

‘It looks like being a good race with the likes of Corstorphine’s Dougie Selman, who I have been training with, and Inverness runner John Newsom in the field. I’m sure there will be a good few others as well. It’s great because it will make it a hard race and we can all work together.’

Gierjatowicz came within a few seconds of his best time when recording 2.24.31 in this year’s London marathon and is keen to improve on that at Loch Ness.

‘I was a little disappointed with my time at London as I thought I’d get about 2.22. My training since then has been hard and I’ve been feeling tired a lot, but I’ll freshen up before Loch Ness.

‘I’m planning to do a couple of 10km races before the marathon, at Stirling on 13 September, which is the Scottish championship race, then at Linlithgow the following week. Hopefully, after that I’ll be in shape to try to run my best time at Loch Ness.’ 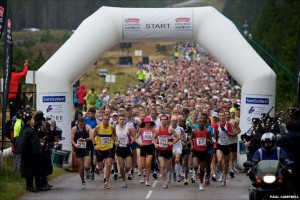 The Central AC athlete has, unfortunately, been struggling with an Achilles injury for much of the summer but is desperate not to miss out on the Baxters Loch Ness experience.

‘I’ve only just got back into running after a long spell on the sidelines so I’m not going to be in any shape to do the marathon,’ said Wetton.

‘I hate not being able to defend my title, but I’d still like to be there so I hope I can get to a decent level of fitness to do the 10km. It’s a great weekend and I’d be really disappointed to miss out completely.

Race Director Malcolm Sutherland is delighted that Gierjatowicz and Wetton are keen to return to the popular event which is now in it’s 14th year.

‘It’s great that top runners are keen to return to the Baxters festival of running, even when, in Jenn’s case, she is perhaps not in as good shape as she’d like to be,’ he said.

We are looking forward to some fantastic performances, not just from the leading athletes, but from everyone taking part. It’s as exciting to see the expressions of happiness, delight and, in some cases, relief, on the faces of participants throughout the field when they complete the challenge each of the races offers.’

The Baxters Loch Ness marathon is the premier event on the race day programme but the festival also includes other attractive runs catering for a wide range of ages and levels of experience. Enter via the event website