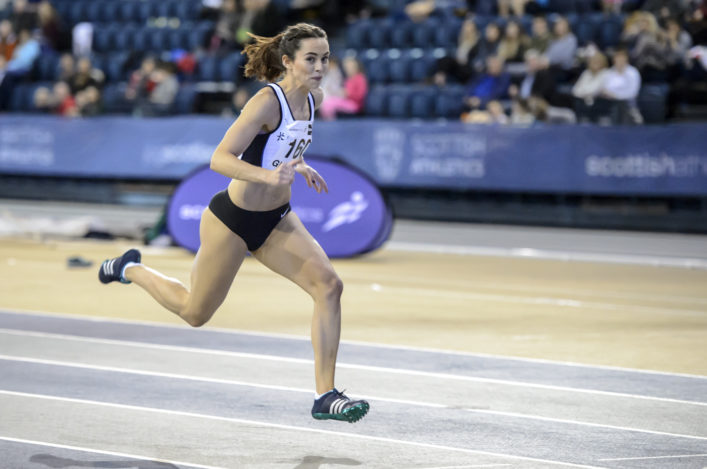 Heather Paton added her name to those on the Scottish National Record list in Dublin on Sunday.

As a quite remarkable 24 hours for Scottish athletes unfolded, the Birchfield Harrier improved on her Scottish Native Record in the 60m Hurdles the week before.

Paton had clocked 8.37 at the Emirates and this time came up with 8.34 seconds to equal the National Record mark held by Gemma Werrett and set back in 2011.

It was another sign of progress during a fine indoor season so far for the English-based athlete who qualifies for Scotland through her father, who played rugby league for Scotland.

Many congratulations to Heather, her family and her coach, Andy Paul, on a fine performance in Ireland and, subject to the usual ratification processes, a share of the National Record. 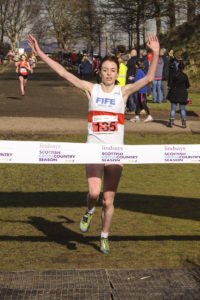 Scottish athletes were out in force at the BUCS Cross Country event in Sheffield – with the women of Edinburgh Uni Hare and Hounds on the podium in their team race.

The combined effort of Scotland U23 international Steph Pennycook, Mhairi Maclennan and Louise Mercer were enough for Edinburgh to take the bronze medals behind Loughborough and Birmingham.

Pennycook took a sixth place finish with Maclennan (11) and Mercer (14) backing up that performance. In the Men’s Short race, there was an individual silver medal for Jamie Williamson, the son of Scottish running legend Graham.

In the Men’s Long race, misfortunate visited Aberdeen athlete Michael Ferguson after he was highly-placed early in the race. A fall caused Michael to suffer a shoulder dislocation which required hospital treatment.

Come the finish, the best-placed Scot was Broc Drury at 18th with Ross Tennant in 19th and Logan Rees was 28th. Good to see Central AC athlete, Aidan Thompson, back in action after injury problems.

*Scottish Unis and Colleges held their Indoor Champs at the Emirates on Saturday. Provisional Results here: 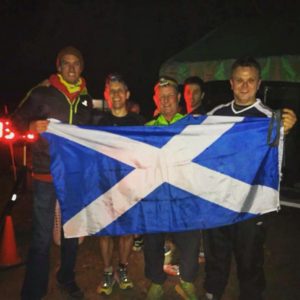 It wasn’t just on the track and road that there were superb Scottish performances over the weekend – our ultra runners stepped up to the mark, too.

Scotland international James Stewart delivered a fantastic win in the United States as he won the Rocky Racoon, the USA Ultra Trail Champs 100-mile race (5 laps of 20 miles) in Texas.

The performance by the VP-Glasgow athlete, who is coached by Paul Giblin, was a qualifying standard for the World 24-Hour Champs in Belfast later this this with GB and NI and should consolidate selection. James is the current West Highland Way champion.

And, in Hong Kong, there was a win for Shettleston’s Casey Morgan in the Nine Dragons Race – a two-day 50K and 50 Mile event. Morag was first on Saturday and second on Sunday to take the overall ultra title.

With thanks to Adrian Stott and John J Duffy 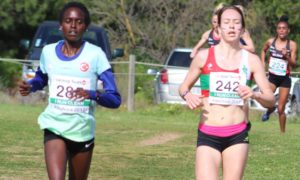 A battling performance saw Steph Twell fall just short of the individual medals on a tough and twisting course at Quarteira, Portugal, for the European Champion Clubs Cup Cross Country.

Twell was prominent in the lead group from the gun and broke away with Kenyan Irene Cheptai, representing Turkish club Uskudar Belediye, on the second and penultimate lap of the 6K event.

Unfortunately the three-time European junior champion was unable to sustain the pace, allowing Bilbao’s Trihas Gebre and another Turkish representative, Esma Aydemir, to snatch the minor podium places on the final circuit.

There was some consolation for Twell, with AFD taking team bronze medals thanks to sterling support from Louise Small (7th), Jessica Martin (14th) and Amy Griffiths (18th).