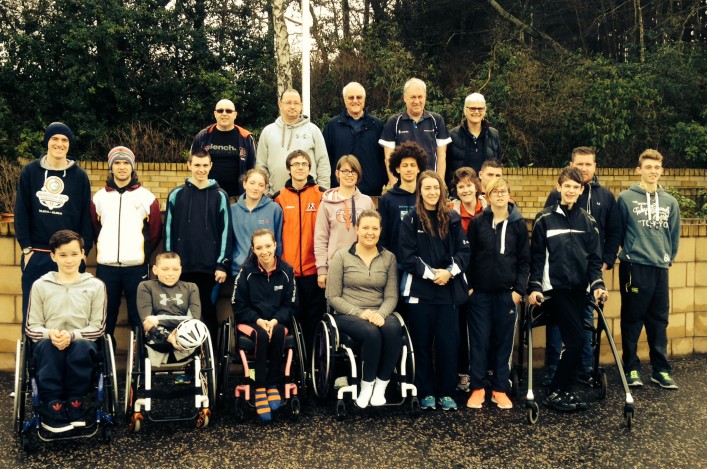 Nineteen Para athletes and a large number of their coaches and support staff attended a very successful weekend camp organised by Scottish Disability Sport in partnership with scottishathletics.

The aims of the camp were to bring primarily young developing athletes (all U23 or younger) together with coaches in order to provide educational input, a training opportunity, team building and a competitive opportunity.

This also gave an opportunity for eight of the 10 athletes selected to represent Scotland at the CPISRA World Games later in the year to get together in a residential and competitive setting.

The Saturday saw inputs in nutrition and hydration, strength and conditioning (led by Scottish Institute of Sport’s Sean Tough) and preparation for a major competition in which Lewis Clow and Jason MacLean spoke of the experience of being part of Team Scotland in Glasgow 2014.

Athletes trained in event groups on Saturday afternoon at the Lornshill facility in Tullibody and on Sunday participated in the season-opening Central AC time trials, an event with a history of inclusivity and an event that members of the national Para athletics squad regularly attend to compete. 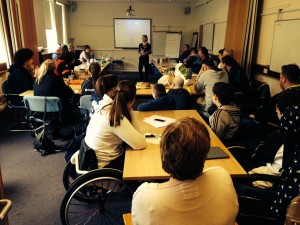 Athletes learn about nutrition and hydration