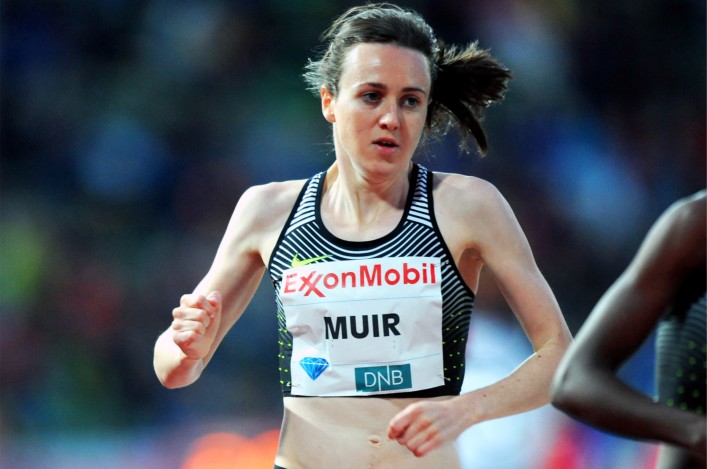 Muir in action in Oslo – photo by Mark Shearman

Laura Muir claimed the second Scottish National Record of her career with a brilliant run in Norway.

The 23-year-old from Kinross, fifth in the World Champs final last year at 1500m, took down the Mile best as she finished second to Faith Kipyegon in 4.19.12 in Oslo.

And Laura is now at No 2 on the British all-time list with only Zola Budd having run the mile on the track faster with her time 4.17.57.

It also means the 2015 Scottish Athlete of the Year now holds the 1500m and Mile outdoor National Records after setting the metric mile best in Monaco last year in another Diamond League race.

Many congratulations to Laura, her family, coach Andy Young and all who helped develop her at club level over the years.

On social media the excitement spread fast on Thursday evening and one Facebook comment may have meant more to Muir than others, as Murray’s husband  Tom Mooney said: ‘Yvonne says ‘Well done, Laura’. Great effort’ in a fitting sporting gesture by a Scottish athletics great.

Liz McColgan and Greg Rutherford were quick off the mark, too, with congratulations on Twitter.

The performance follows on from a great Diamond League race win at the same Oslo venue last year . . . and also comes after two runs in recent weeks by Andrew Butchart that landed him the Scottish 5000m and 3000m Records.