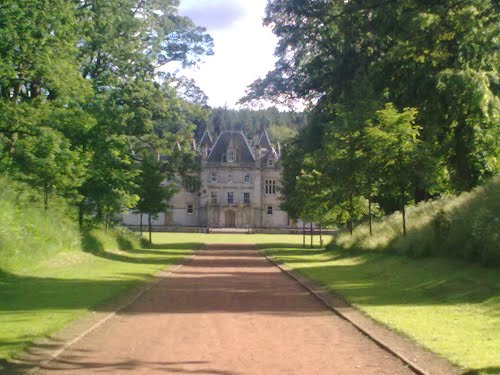 The National XC doesn’t really need any extra competitive edge with Scottish titles, podium places, team glory and Grand Prix points (for Seniors) up for grabs at Falkirk on Saturday.

But, this year, there is added spice with up to 40 Scotland vests effectively on offer via the races at Callendar Park at every age group with the exception of U13s and Masters.

Scotland will host the Home Countries International back at the Falkirk venue on Saturday 19 March on the same day as the Scottish Schools stage the SIAB International.

Senior and U20 vests will be awarded for Home Countries event with four-strong teams for men and women. The first three athletes in the Senior and U20 races on Saturday will be offered places on March 19 as per the Road Running and Cross Country Commission selection policy document for 2016.

And, in a change this year, the London Mini Marathon teams will be picked early next week at U15 and U17 level – with National XC performances firmly to the fore for selectors.

Scotland sends teams of six, both male and female, at U15 and U17 for this event – in London in April – so there are 24 places available. Those who finish high in the U15 and U17 National XC races will be in pole position for selection.

(In previous years, the Scotland teams for London have been picked via performances at the Junior Road Races but that was altered this year to meet specific requests from the Mini Marathon organisers for names prior to the end of March).

Home Countries International: Up to 4 Senior Men; 4 Senior Women; 4 U20 men; 4 U20 women, (U20 based on UK rules). First 3 eligible athletes from the National Championships will be offered selection.

*The Inter-Counties takes place as the British Athletics Cross Challenge concludes in Birmingham on Saturday 12 March.

Scottish districts send teams to this event and the National XC counts towards this in terms of selection, also. For younger athletes, there is no longer a clash with the Scottish Schools XC as that event is now in midweek (Wednesday 9 March) at Irvine.

Here is the relevant section from the RR and CC selection policy document:

U15 athletes may be selected by the districts if they have shown exceptional form and funding is available. Other U15 and U13 athletes can participate (should they meet the qualifying standards), but they will not receive any funding for travel or accommodation. 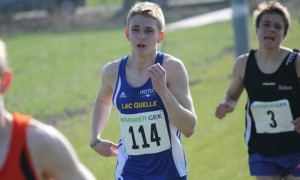 There’s a name to look out for in the Men’s U20 race. Jamie Williamson is the son of Scottish track legend Graham Williamson and the 18-year-old is a member of the scottishathletics National Academy.

Raised in Germany, where Graham works for Adidas, Jamie is a middle distance runner like his dad and has joined Springburn Harriers. He is now studying at Loughborough Uni and will head north to compete at Falkirk.

‘I think the last time I ran the National XC was in 1984 and I have not been back since – but we will head up from Loughborough on Friday,’ said Graham. ‘It will be good for Jamie to compete in Scotland and he is just starting to build his endurance base.’ 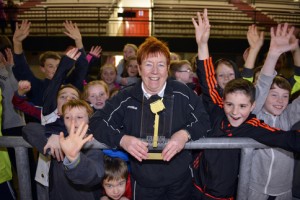 Janice Hendrie is one the best-known figures around the athletics scene in Scotland in her role as a club leader and coach with Inverclyde AC, a coaching tutor for scottishatheltics and as an administrator/coach with Scottish Schools over a number of years.

Come Saturday at 1.25pm and she will be on the start-line for the Senior Women’s race . . .  for the third time in a decade! Janice celebrated turning 50 and then 55 by running the National XC and will do so again this year as a V60 as she looks to raise money for charity.

Incidentally, that Senior Women’s race has 378 entries. If you happen to check the RR and CC Archive then you will find, utterly randomly, that back in 1952 there were 22 finishers from 27 entrants in the Scottish Senior Women’s XC champs.

Spare a thought for V80 athlete, Walter McCaskey, the Edinburgh AC veteran who is a regular at the National XC.

Especially if you are there to cheer on young athletes or competing in the age group races and are long since headed for home around by 3.30pm.

An ear injury which has prevent McCaskey from wearing a hat has denied the 81-year-old the chance to do his usual training outdoors over the past three weeks since he raced at the Masters Cross Country at Forres.

Undaunted, however, his three-times-a-week gym sessions ‘on the treadmill, the cross trainer and the rowing machine’ look like convincing Walter to get back on the start-line come Saturday.

‘I want to be there and I think now I will be – my ear has healed up fine,’ he said. ‘I love running and I love the National XC. I always try hard not to finish last and usually there are one or two people still around when I come in.

‘I’m not bothered if there is nobody there to be honest because I just want to finish the National XC championship. I was told a few years ago to cut back on marathons and 10Ks because of slight osteo-arthritis in one knee and only run a couple of times a week. It isn’t too bad so I’ve carried on.

‘The British Masters Cross is in Bath in a couple of weeks. So I need to get the Scottish in to help my preparations for that one.’