Moment of opportunity for Scots

Hazel Ross has flown halfway round the world to compete, Myles Edwards has waited 17 years for a Scotland track vest and, for teenagers like Cameron Tindle and Kelsey Stewart, there is the best possible reason to be excused from a meeting of the scottishathletics Youth Academy.

For Guy Learmonth, it is a return to the Emirates venue where a 600m win last January hinted at what was to come over three nights at Hampden in the 800m as he set a new PB in the final.

No wonder Rodger Harkins, our director of Coaching, calls the Sainsbury’s Glasgow International a ‘moment of opportunity’ at the Emirates Arena.

A youthful and inexperienced Scotland team will take on GB and NI, France and Germany with one of the main targets being for each athlete to try and achieve a PB or SB in front of a packed stadium.

If you cannot manage along to the Emirates, then British Athletics are pleased to announce there will be a live stream on the internet with Vinco Sport covering the international action from 12.56pm to 4pm.

‘I see Saturday as a real opportunity for athletes to gain experience at this kind of level,’ said Harkins.

‘We don’t compete all that often as a Scotland team internationally other than the Commonwealth Games, which of course only comes around once in a four-year cycle.

‘So we have to look to take advantage of an event like the Sainsbury’s Glasgow International and see if people can come up with a Personal Best or a Season’s Best via the platform of competing against top athletes from countries like Germany and France.

‘Yes, we’ve a couple of teenagers in there but those promising youngsters have merited selection. We’ve also already seen some very good indoor performances by Scottish athletes this winter so that gives some of them something to try and improve on come Saturday. 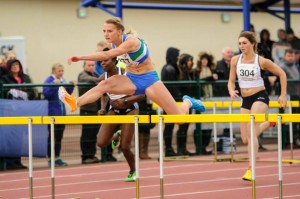 For sprint hurdler Ross, there’s a huge incentive to do well – with the globe-trotting student set to fly back to Canada on Sunday morning.

‘I am really looking forward to wearing the Scotland vest,’ said Ross, who will compete in the 60m hurdles. The VP-Glasgow athlete won the Scottish 100m hurdles title at Kilmarnock last summer.

‘I am studying at Trinity Western University in Canada at the moment. When the offer to run came through, I was  in Vancouver with my coach and due to head to training in Arizona.

‘It was a big decision with some of the expense involved but my parents are helping me out and I wanted to do it if I could – after running for Scotland in Loughborough last May for the first time.

‘I went to Arizona and then was back in Canada on January 8 to resume classes and earlier this week I flew back to Glasgow for the competition. I’m on a plane again on Sunday morning after the race on Saturday – it will be about a 16-hour journey!’

Aberdeen AAC athlete Edwards was handed his chance when Cameron Boyek had to withdraw through injury.

‘I was dancing around the room when I got the message asking me to compete for Scotland,’ said Myles, who won a Scotland vest at 12 – in the Mini Marathon in London.

‘I didn’t expect it because Cameron had been selected. The call-up will only make me even more determined to work harder and keep trying to improve.’

Guy Learmonth won the 600m last year and runs in the 800m on Saturday. He told the pre-event media conference in Glasgow: ‘My preparations have gone really well and while I’m not getting ahead of myself, I’m excited to get my 2015 campaign underway. It’s great to be in Glasgow and I want to make sure I deliver. The main aim is to win with a quick time as well.

‘Winning here last year was a big turning point. It was a national record and a world lead at the time, so it was a big win for me.

‘It set the stall of where I wanted to go for the rest of the season. Now I’ve made that big step-up, I think I’m ready to take it to that next level.’ 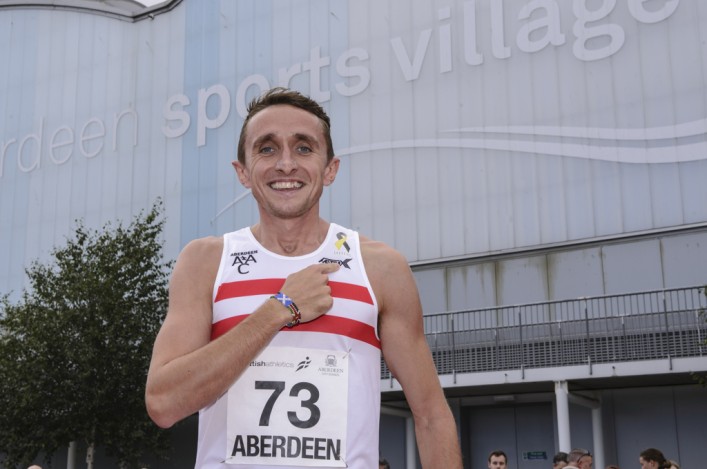