Maxwell sprints to PB and gold 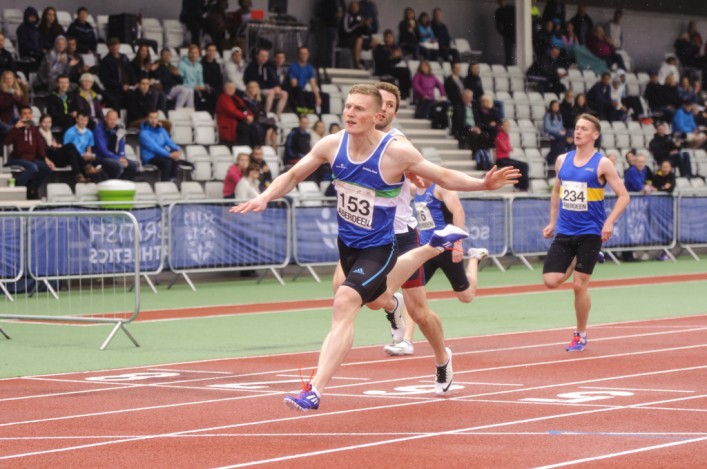 The 100m final at Aberdeen – photo by Bobby Gavin

Ross Maxwell took his first Senior sprint title with a PB in the 100m final at Aberdeen.

The VP-Glasgow athlete was a DQ at Kilmarnock last year and then missed the indoor season with a hamstring injury so was delighted to claim gold on a wet day in the Granite City.

Maxwell clocked 10.70 on a day when it was tough for all athletes and indeed the hard-working (and soaked) scottishathletics officials out in the field.

Angus McInroy had a season’s best in the discus as part of a throws double while there were repeat title wins for the likes of Greg Millar and Rachael MacKenzie in other field events.

Morag MacLarty took to the track for the first time this season and for her first 5000m – and duly blew away the field to win gold while her Central AC team-mate, Scott Green, won the steeplechase with a PB.

Unfortunately, low entries and a few no-shows in certain events dulled the spectacle somewhat but certainly no blame could be attached to those who made the effort to compete in Aberdeen. It is believed to be only the second time in more than a century that the championships have taken place outside Scotland’s Central Belt.

‘I was disqualified last year and then had injury problems during the winter with my hamstring. I had no indoor season and I didn’t think then I’d be coming back and winning the Scottish.

‘The race was tight with one or two of the guys close to me getting season’s best so to run 10.70 was pretty pleasing in these conditions.’ 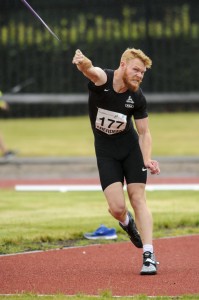 Millar won the javelin again with a throw of 66.12m.

‘It is always nice to win another Scottish title, although I am a little bit disappointed with the distance,’ he said.

I am always looking to get to the elusive 70m mark. That was the target for the Commonwealth Games and I didn’t make it but this year I’ve improved with three throws over my previous PB and I am now at 69.07.

‘So hopefully another winter of hard work will get me there. I am moving to Loughborough to do a Masters and I think being there and maybe being able to commit more time to my athletics should help me improve still further.’

MacKenzie took the women’s high jump title with a clearance of 1.70m as both she and Nikki Manson failed at 1.75m in poor conditions right at the start of the Saturday action. 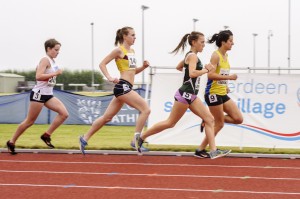 ‘I’ve been out injured all season,’ said Morag.

‘It happened just before the National XC but I ran it anyway – and then was out for three and a half months!

‘This was my first ever 5000m and it was a bit lonely out there, I’m not too keen on that. I made a break early because it had been pretty slow and I wanted to see what I could do.

‘I was actually standing in declarations and 1500m was in my mind when they asked me what I was here to race! But I am not in shape to do a good 1500m so that’s my first one. Will I do another? Maybe.

‘Lyndsey picked up the silver so that was decent for Central AC as a club. She trains with us regularly and it is a good group with all the guys.’

‘I am pleased with the discus because it is a Season’s best,’ said Angus.

‘I think that is seven times I’ve won it now but Nick Percy did break my run a couple of years ago.’

It was a tough day for the pole vaulters and Hannah Lawler emerged as Scottish champion thanks to her 3.40m clearance.

There were heats in the 800m, 1500m and 400m with the likes of Jake Wightman, Andrew Butchart, Myles Edwards, Gavin McArdle and Grant Plenderleith all progressing to finals on Sunday. 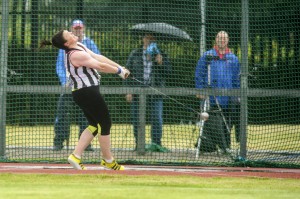 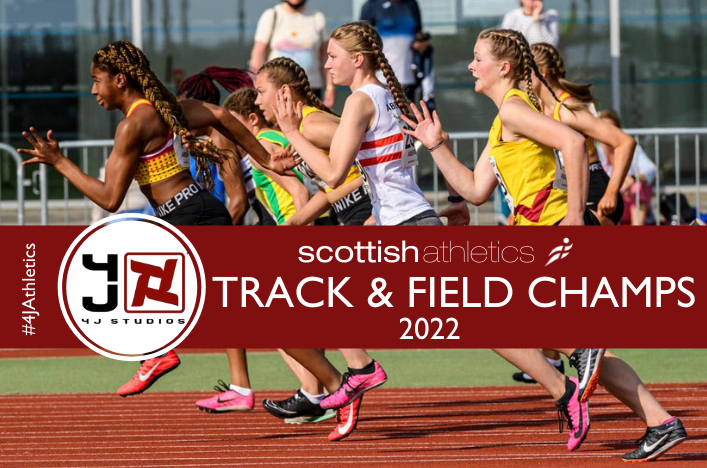 All set for our 4J Outdoor Season – National Championship dates 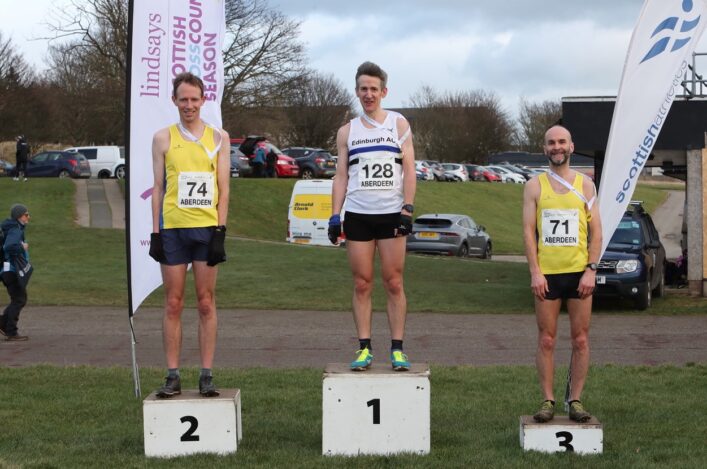 New and familiar medallists at Lindsays Masters XC in Aberdeen