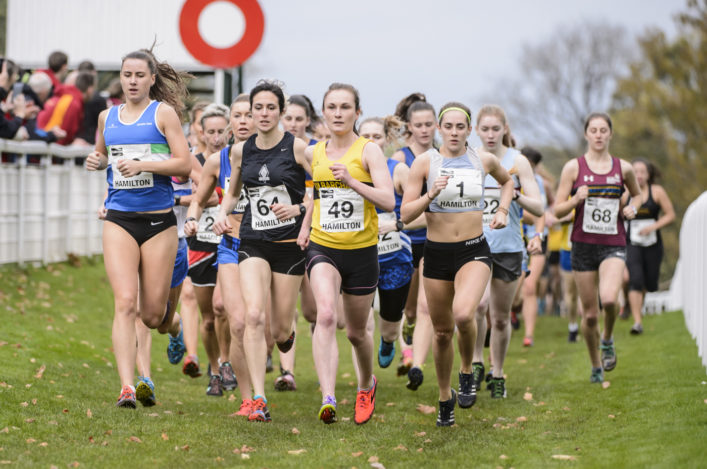 Above: West District, by Bobby Gavin

It was a packed weekend of cross country action as the Lindsays XC District Relays championships got underway, with events at Glamis Castle, Edderton and Hamilton Park Racecourse.

Thanks to our contributors for these reports.

West District (based on provisional results)
It was a great day at the West District relays with mild and breezy weather conditions.  However, the course was heavy underfoot following the unrelenting rainfall over the last few weeks.  This didn’t dampen the spirits of the youngsters with the Young Females/Males kicking off the relay races.

Giffnock North AC’s junior girls put in strong performances claiming both the gold and silver team medals.  The gold team, comprising Eva Chong (U13), Kate Richardson (U15) and Lynn McKenna (U17) lead the way with an impressive lead over team mates Isla Scott (U13), Jill Carswell (U15) and Charlotte McKenna (U17).  The silver team were closely followed by bronze team medal winners Kilmarnock H&AC, consisting of Mhairi Chalmers (U13), Hannah Burn (U15) and Molly Murray (U17).

Next up were junior males with Giffnock North AC’s Reuben Macdonald (U13), Ethan Carolan (U15) and Hamish Armitt (U17) claiming the team gold medal.   Kilbarchan AAC claimed the silver team medal following strong performances from team mates Matthew New (U13), Lewis Hannigan (U15) and Cameron Wright (U17).  Close behind, Garscube Harriers young males’ Marcus Donnelly (U13), James Connelly (U15) and Lorn Webster (U17) took the bronze team medal.

In the senior men’s race there were superb performances from East Kilbride AC’s senior men who took the gold medal with Aidan Gilbride, Martin Lynas, John Fergusson and Grant Baillie. In pursuit were the Cambuslang Harriers senior men teams. They showed their strength claiming both the silver and bronze medals. The silver team comprised of Gavin Smith, Stuart Gibson, Benjamin Hukins and Craig Jardine with club mates Struan Paton, Bobby Bristow, Alistair Campbell and Kyle Mclellan rounding off the podium to take the bronze team medal. By Dawn Armitt

North District
Inverness Harriers led from start to finish in defence of their men’s North District cross country relay title at Edderton, Easter Ross. The climax was a last lap battle between Inverness’s John Newsom and Kenny Wilson of Moray Road Runners in his first race since news of his debut selection for Scotland in the Leeds Abbey Dash. In the end, both runners recorded 12:04 to tie for the fastest time, leaving Inverness (51:27) 65 seconds clear of their Moray rivals (52:32) with Inverness “B” third in 55:18.

A gripping finish to the women’s race saw the eventual medallists emerge from third, fourth and fifth places in the last mile. A strong finish by Louise Cartmell clinched the title for Moray (48:38), with Rhona Grant claiming silver for Highland Hill Runners (49:03) and Hilary Cameron grabbing both overall bronze and veteran gold for Forres Harriers (49:24). Gemma Cormack, of fifth placed Inverness had the fastest time of 14:34.

A formidable final stage from Moray’s hill running internationalist Grace Whelan brought them out of the pack to win the young female gold in 29:07 from Inverness (29:46) and host club East Sutherland (30:37). The Moray athlete also produced the fastest time of 9:07. By Charles Bannerman 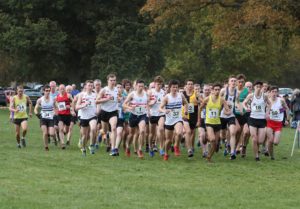 The Edinburgh club ended twelve years domination of the event by Central AC who placed third behind silver medallists Aberdeen AAC. Following a brief foray by Edinburgh Univ. over the opening leg of the 4 x 4km race Ewan Brown brought Corstorphine into pole position following the opening leg by Anthony Addison. Calum McKenzie and Dermot Cummins went on to open up a 23 seconds advantage over Aberdeen finishing in 49 minutes 59 seconds. Rory Stead, Will McKay, James Hoad and Michael Ferguson followed in 50.22 for Aberdeen with Aiden Thompson, Ruaridh Miller, Michael Wright and Alastair Hay taking bronze for Central in 50.58.

The Fife AC quartet of Sam Fernando, Tristan Rees, Simon Anetts and Logan Rees improved throughout the race with fastest of the day Logan Rees (12.07) closing rapidly on Central AC over the anchor leg to place 4th team, fifty-four seconds shy of the bronze medals.

For Corstorphine there was a show of longevity among its medal winners – Calum McKenzie had taken junior gold in 2001, and Moray Anderson picked up the club’s first ever district relay gold as a junior 25 years ago.

Edinburgh University, second in 2016, romped away with the women’s 3 x 4km title leading from the start. Stephie Pennycook (Edinburgh Univ.) posted the fastest time of 14.06 over the opening stage, finishing strongly to hold off the chasing Claire Stewart (Banchory & Stonehaven U20) second fastest 14.12. Thereafter it was one-way traffic with Anya McFadyen and Mhairi MacLennan taking the students out of sight to finish in 42.38. Central AC Fanny Gyurko, Natakie Milne and Kate Gallagher followed home in second place clocking 44.33 while Fife AC took team bronze for the second year running – Halina Rees, Alison McGill and Annabel Simpson – 44.54. Simpson clocked the third fastest time of 14.15.

Edinburgh AC repeated their junior double in both the girls and boys 3 x 2.5km championships.

Thanks go to Forfar Road Runners for setting out and marshalling the course and all the officials. By Graham Bennison 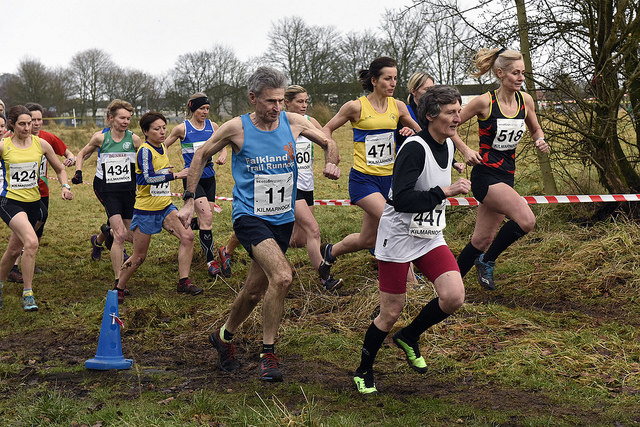