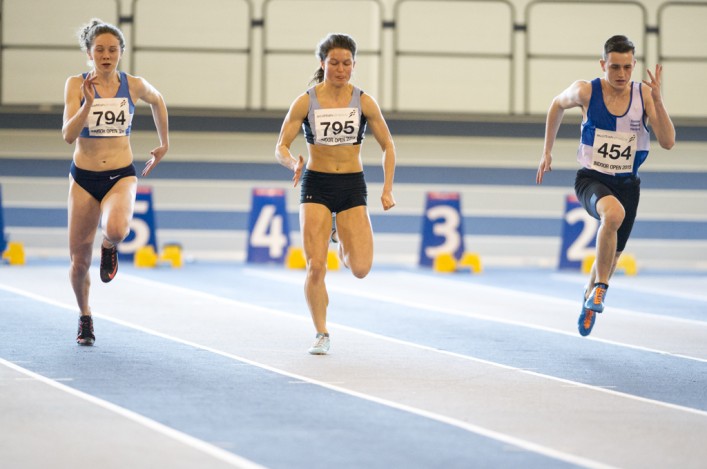 All the National Open Results (as yet unscrutinised)

The National Open is an event where two of our principle goals – greater participation and improved performance – meet somewhere in the middle.

And, once again, it didn’t let us down as hundreds of athletes, coaches, parents and officials made it through difficult travel conditions to grace the great event venue that is the Emirates Arena in Glasgow.

There were a number of fine performances to savour from elite athletes who represented Scotland at the Commonwealth Games and one or two from emergent teenagers with lofty ambitions.

It is a deliberate policy on the scottishathletics media channels to seek to not ‘over-hype’ promising youngsters – because making the step-up to Senior status is so important.

In the past couple of weeks, we’ve had to bend that approach ever so slightly because of GB selections for teenagers and young sprinter, Cameron Tindle, and middle distance runner, Ben Greenwood, command attention on this occasion.

Both are 16-year-olds so there is certainly room for more development in the coming months and hopefully years.

But New Year Sprint winner Tindle set an indoor PB of 6.94 for the 60m sprint to win a race which included Ryan Oswald and Stephen Dunlop and that could land the Edinburgh AC schoolboy a Scotland place in the Sainsbury’s Glasgow international next weekend.

Greenwood, for his part, is best-known as an 800m runner but he took his 1500m time down to 3.55.50 with a stunning run in British U17 terms. The nature of mixed race event means Ben’s time will not be ratified as a record, but more opportunities will surely follow soon.

If those two youngsters impressed, then Laura Muir took the chance to post her first 1500m time of the year at 4.10.40 while Sarah Warnock’s opening long jump since the Commonwealths was pretty impressive at 6.20m.

Zoey Clark, another Team Scotland athlete at the Games, clocked 24.34 for her 200m run and the Aberdeen athlete also did well in her 60m sprint.

The likes of Peter Muirhead and Sam Adams came up with the best performances in the long jump and pole vault respectively at 7.15m and 4.70m. Jack Lochans cleared 2.05m in the high jump. 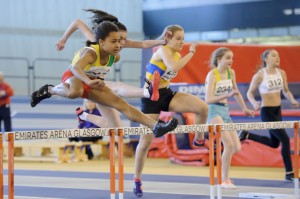 Action from the National Open 2015

‘It is always good to see the Emirates busy with athletes and it felt as if the National Open did exactly what it says on the tin – an open graded event within a ‘National’ context and giving man y in our membership the chance to secure a PB,’ said chief executive Nigel Holl.

‘We must stress once again that we owe a huge debt of gratitude to our hard-working band of scottishathletics officials on days like this.

‘It can be hectic, there can be issues arising and patience is required. To them we say thank-you and likewise to everyone who made an effort to be at the Emirates on Saturday with many people having travel issues but proving determined to make their mark in track or the field.

‘Now we’d love to see a lot of our younger athletes back at the Emirates on February 14 and 15 for the Age Group Champs. Scottish Championship medals are up for grabs that weekend.’

It was a special day, too, for father and son sprinters, Andrew and Ryan Clydesdale of East Kilbride AC.

The Clydesdales were drawn in the same 200m race with 38-year-old dad Andrew facing his 14-year-old – with only a tenth between them in pre-race PBs (in Ryan’s favour at 26.40).

Before racing, Andrew said:  ‘We had thought that we might be in the same heat because the times were getting closer. This is the first year we’ve been so close – and probably the last year that we’ll be so close.

‘I think Ryan’s pretty excited to put his old man to shame! I used to run when I was at high school and then came back into it when Ryan took up athletics I started getting back into it with the Masters. And I’m one of the coaches at the club.’

Post-race Andrew said:  ‘It was a tough race, I really struggled. But I could see when I was coming round that last bend, Ryan was just ahead of us and thought I’m not going to be able to catch him! I thought I’d try and put another wee kick in there, but it just wasn’t happening.’ 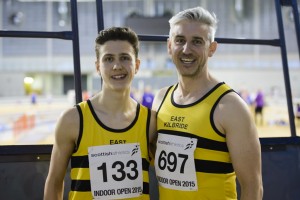 Father and son Andrew and Ryan Clydesdale of EKAC