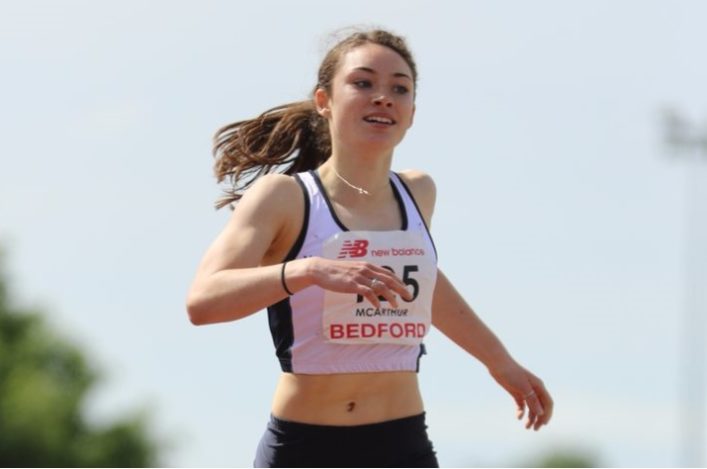 The England Athletics Combined Events champs at Bedford proved a happy hunting ground for three Scots at the weekend.

There was a superb Scottish U20 heptathlon record and gold medal for Holly McArthur with a new PB – and Andrew Murphy took bronze in the Senior Men’s decathlon event, also with a points tally PB.

And Central AC athlete and GB age group international, Tom Chandler, confirmed his return from an injury lay-off in 2016 with bronze in the U23 age group.

McArthur scored 5332 points for that new Scottish Record as the Edinburgh AC/Whitemoss AAC athlete added the England Athletics U20 title to the pentathlon gold she won indoors earlier in 2017.

The 5332 points tally took National Academy athlete Holly beyond the 5246 set by Valeria Walsh back in 1983 for a new National Record (subject to the usual ratification process).

Likewise it was a good weekend for Kilbarchan AAC athlete Murphy as he finished third in the Senior Men’s decathlon with a new PB of 7170 points.

That takes Andrew, who is coached by Colin Sinclair, into the top 10 in the Scottish all-time list for decathlon in ninth place.

Chandler crowned his first decathlon since recovering from surgery and this was his first comp at Senior level. with PB performances in shot, hurdles, outdoor pole vault he scored 6445 to take U23 bronze.

Tom, who is coached by Ian Grant, was sixth in the BUCS competition within the event and thus also secured his scholarship status at Brunel University – with his next target the Scottish Champs on July 1/2.

Well done to all three athletes and their families and coaches on fine performances at Bedford and delvierign such encouragement for the Scottish Combined Events community. 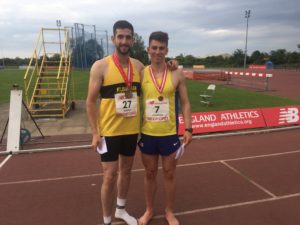 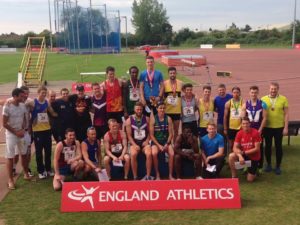 With thanks to Iain McEwan and Bill Chandler