Matthew Lay from San Francisco won the Hoka Highland Fling in the annual ultra trail race from Milngavie  to Tyndrum.

He completed the 53-mile route from Milngavie  to Tyndrum in 7.04.07 – with the second fastest time recorded on the course .

The second woman was Caroline McKay in 8.55.55. The Mull native, now resident in Edinburgh, claimed the scottishathletics title. Nicola Adams-Hendry, Garscube Harriers was third in 8.59.37

The men’s scottishathletics title winner was Eoin Lennon of Carnethy with his 7.29.31 taking fourth place in the race. The other men’s medals went to Carnethy’s Ross Christie,  who was sixth in 7.44.18 and Grennock’s Kevin O’Donohue , seventh in 7.46.21

The early race leader was Casey Morgan (Shettleston). First through the Balmaha checkpoint (19 miles) and setting a sub seven-hour schedule, he was two minutes ahead of Paul Navesey (Crawley/Centurion) who in turn was around four minutes ahead of Laye.

But a knee issue forced Morgan to withdraw at Rowardennan (26 miles). This left Navesey in the lead, which he maintained all the way up the long loch Lomond side stretch to Beinglass.

Here, at 40 miles, he had over a six-minute lead from Laye. Over the next five miles through Glen Falloch, Laye slowly closed the gap as Navesey slowed, catching him just before Crianlarich.

And, although Navesey stayed in touch, Laye managed to hold on to his lead to the finish. The times of the first two were the second and third best times on the Fling course, behind Lee Kemp’s 7.02.50 from 2013.

Donnie Campbell, a week after racing the 130k Iznik uktra in Turkey, showed great powers of recovery to run his own race and finish comfortably in third.

The amiable American commented afterwards:  ‘That is a beautiful course you have. It’s a bit more technical in places than some of our races in the States.

‘I was happy to let the guys go at the start and just run my own race. It is a superbly organised event  and the support from all the marshals at the checkpoints was incredible. Thanks.’ 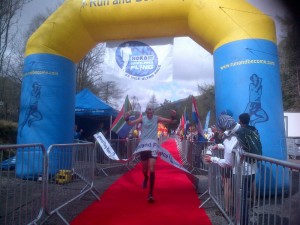 The scottishathletics men’s veteran title was won by Neil McNicol (Beacon Runners) in  a close finish from Carnegie’s Scott Bradley 7.57.27 to 7.57.54, with  Central’s Bob Steele third.

With thanks to Adrian Stott for this report and photos 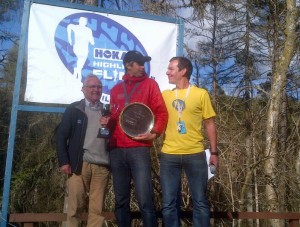 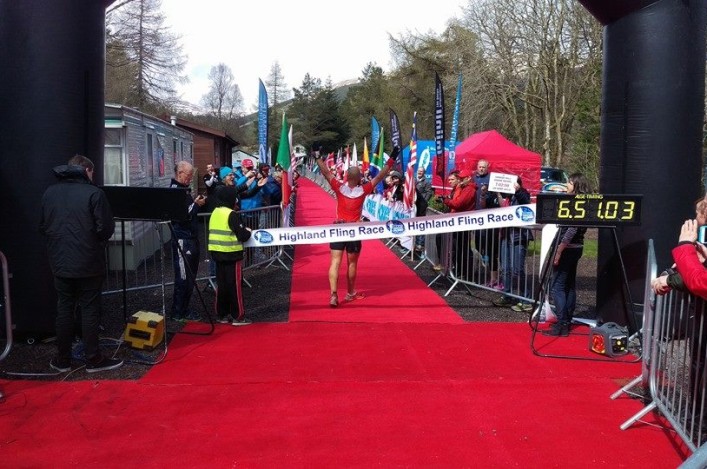 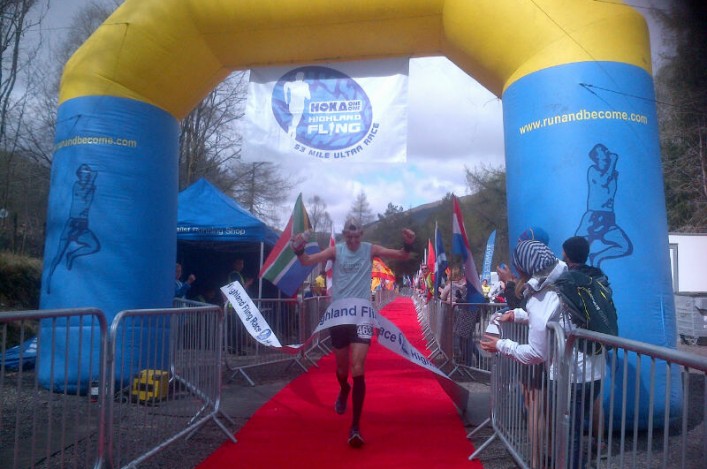