Scottish athlete Steph Davis won the GB and NI marathon trial in London this morning – to land a coveted and cherished place at the Japan Olympics.

Steph clocked a new PB of 2:27.16 to take the race in fine style and that was inside the qualifying standard asked for by British Athletics to clinch automatic selection.

All at scottishathletics send our warm congratulations to the London-based 30-year-old and her coach Phil Kissi and her current club Clapham Chasers, after previously representing VP-Glasgow and Edinburgh Uni Hare and Hounds.

Sarah Inglis finished in sixth place in 2:34.09 after a tough time in the latter stages of the race – but that time gives Sarah a qualifying standard for the Birmingham 2022 Commonwealth Games.

In a marvellous story-line, the men’s race was won by 39-year-old Chris Thompson in a new PB to book his ticket

with second placed Ben Connor also now in the team alongside Thomson and Callum Hawkins.

Well done to all three of our Scottish athletes and their families and coaches on strong performances under the difficult circumstances of the global pandemic over the past 12 months.

Steph was already at third on the Scottish all-time list with her erstwhile PB of 2:27.42 but today’s run takes her that bit closer to the times achieved by Steph Twell and Liz McColgan in an historical context.

It’s great news for Scottish distance running – with Callum Hawkins having already been pre-selected for London to ensure that Scotland will have at least two marathon runners in the GB and NI team in Japan.

Callum smoothly ran just over 30k today at around 2:10 pace as one of the trial pace-makers. 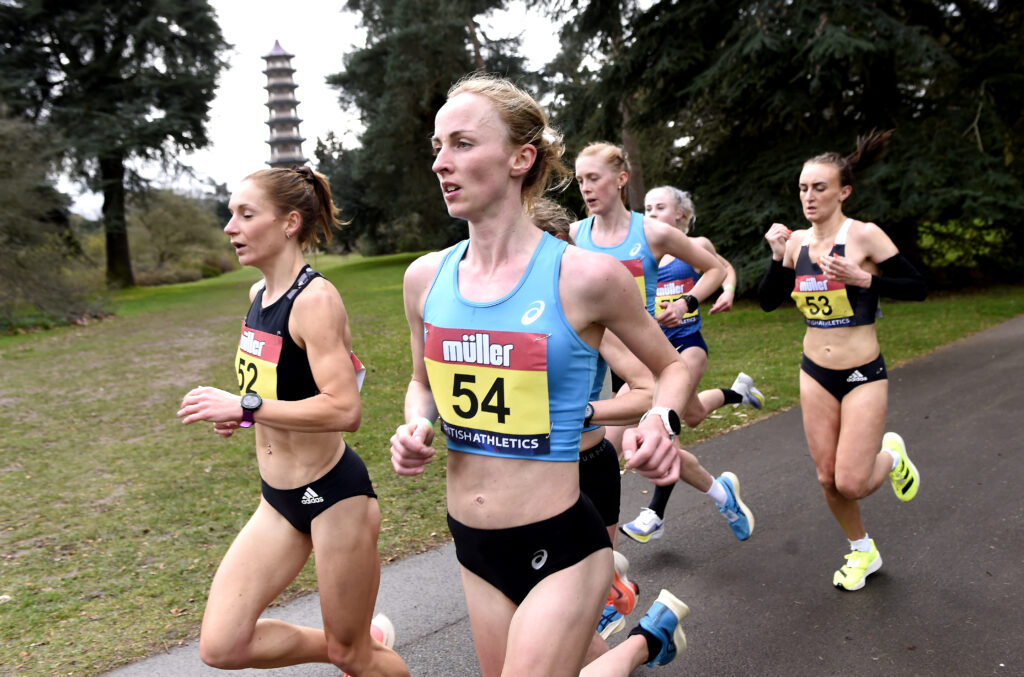