The FPSG Awards Dinner is now coming up next month and we are looking forward to a great night in Glasgow.

Dame Kelly Holmes is our Guest of Honour at the Hilton Hotel and tickets are still on sale for Saturday 3 November.

It’s always an exciting evening when we crown the FPSG Athlete of the Year but, just as importantly, recognise outstanding contributions to our sport from clubs, coaches, volunteers and Officials.

scottishathletics received more than 50 submissions from the sport to help us compile these lists and thanks very much for the support! 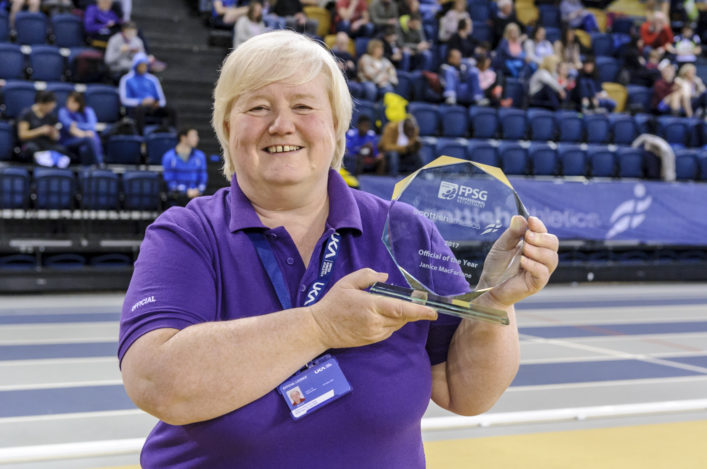 Janice McFarlane was named our Technical Official of the Year for 2017, with her award presented during the FPSG Indoor Season.

And now there are three nominations for the 2018 Technical Official of the Year award (in alphabetical order):