Eilish McColgan made her half marathon debut at the 40th anniversary  Great North Run on Sunday and came up with a superb performance to finish second to Hellen Obiri.

That’s the third fastest time ever by a British woman with only Paula Radcliffe and Liz McColgan having run faster for the half marathon.

‘I can’t ask for any more than that from today,’ said Eilish, who of course competed at her third Olympics in Tokyo.

‘I wanted to be competitive and I’m quite proud of myself of not mentally giving in.’

Traditionally the race ends in South Shields but this year the route was redesigned with runners crossing the famous Tyne Bridge twice. 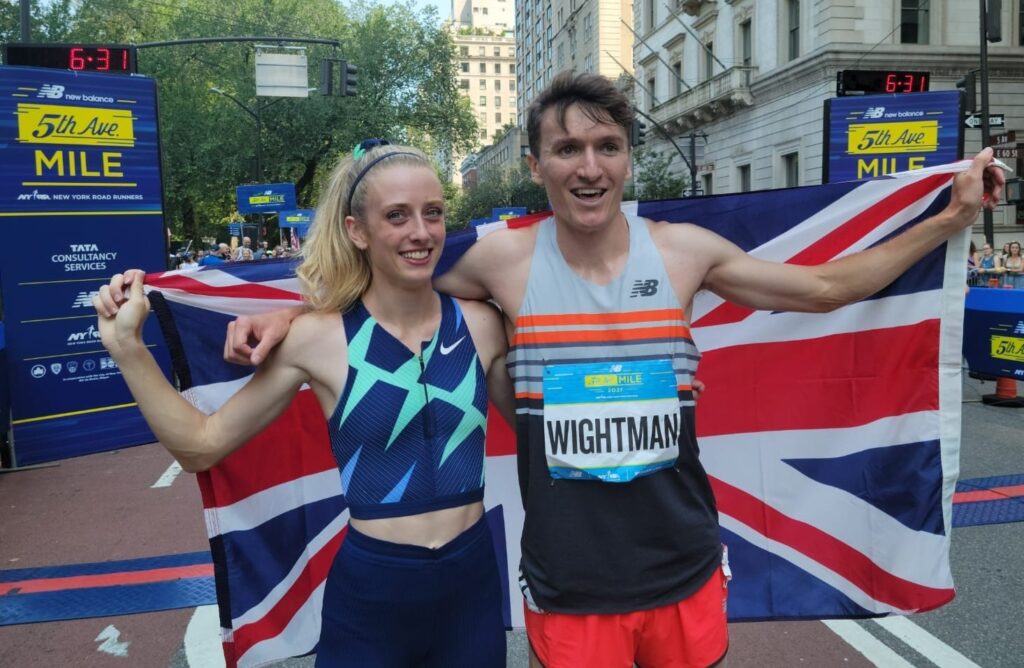 A few hours after Eilish’s great run at the Great North Run, news emerged of further superb road running performances across the Atlantic.

Jemma Reekie won the Women’s 5th Avenue Mile in 4:21.6 and Jake Wightman quickly followed that up as he claimed victory in the Men’s race in a fine 3:49.6.

The race is a highly prestigious one but the Scots topped the podium as our Olympians ended memorable seasons on a high a few weeks on from Tokyo. Jake had won it in 2018 and repeated that but with a quicker time.

Well done to Jemma and Jake and their coaches Andy Young and Geoff Wightman. 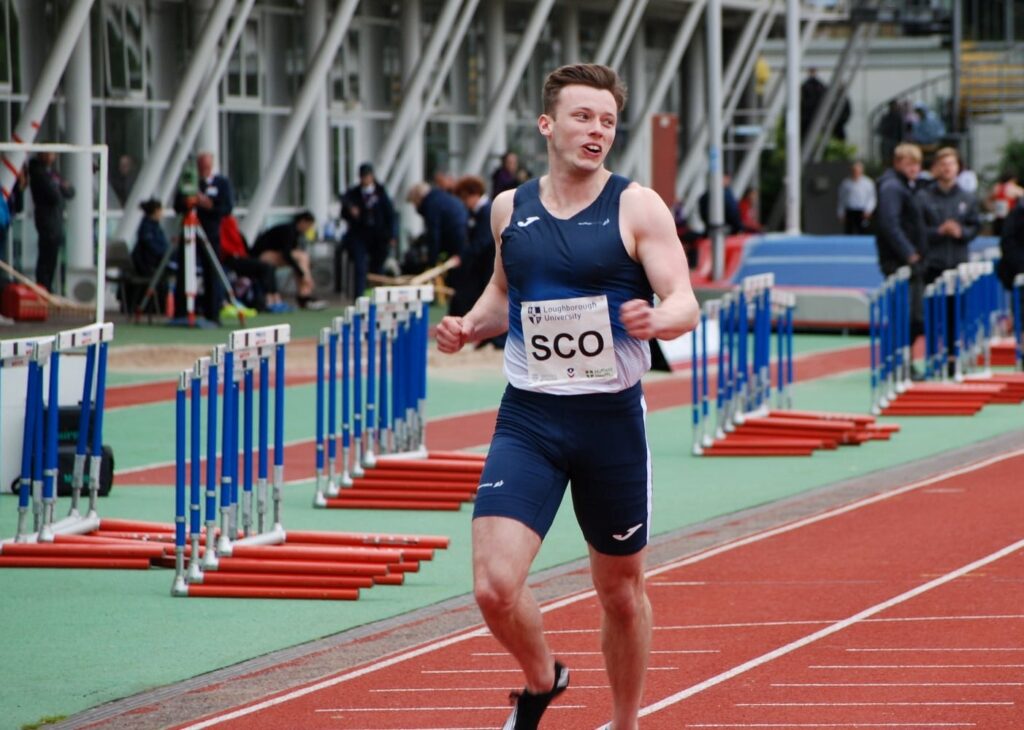 Photo from Loughborough by John Patton

From Newcastle to New York to Newham . . .

Adam Thomas has moved to third in the Scottish men’s all-time list for 100m.

Adam clocked a new PB of 10.18 yesterday at Newham to get inside the qualifying standard for the Commonwealth Games next summer.

Allan Wells leads the list with 10.11 with Ian Mackie second at 10.17. But Adam’s run was the best by a Scot since 1996 and took him above the trio of Jamie Henderson, Elliot Bunney and Cameron Sharp.

Congratulations to Adam and his coach, Laurance Kingsbury.