Derek Rae competed at his first Paralympic Games in 2016, six years after an accident that changed his life.

A collision between his motorbike and an articulated refrigerator truck left him with extensive injuries which caused severe nerve damage in his right arm.

An enthusiastic club runner prior to the accident, Derek has now lowered his marathon PBs year after year, with a best of 2:37.28.

He will represent GB and NI again in London on April 23 in the World Para Athletics Marathon Cup and warmed up with a good PB in the Scottish 10-Mile Champs at Strathclyde Park last weekend with 53.38.

A couple of weeks ago, Derek spoke to British Athletics about his preparations for London . . . 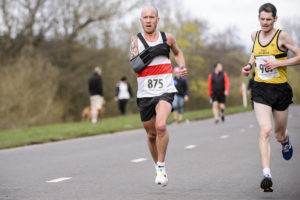 Derek at the Scottish 10-Mile Champs

‘Training has been going exceptionally well recently. I feel like I am running harder, but not having to push as hard as I have in recent years.

‘I think the altitude training has really helped this year. I had a really good four weeks in Kenya which gave me a good foundation, and I have built on that since I came back to Scotland, not that I can say the weather has been the same!

‘I would like to thank British Athletics for their support in getting me prepared for one of the biggest marathons in the world, and giving me the opportunity to don the British vest once again.

‘I have competed at the event over the last few years and I think I have done myself justice, but I think I can go out there this year and go one step further and make the move to the next level.

‘I want to right the wrongs from Rio – I was disappointed not to finish the race but it has given me the determination to work even harder for London. 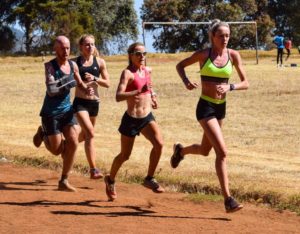 ‘Kenya was very special. I think what made the experience for me was being surrounded by such a good group. I was lucky to be training alongside so many talented athletes and I learned so much – it has made me a stronger and better person.

‘The more experienced athletes such as Aly Dixon and Sonia Samuels made me feel really welcome. If I had any questions or any worries, they wouldn’t hesitate to help.

‘When we were out there, you certainly realise what we take for granted in life and it makes you appreciate what you have got. The people there were so friendly – the whole lifestyle and culture of the place was completely different for me.

‘I was told by Barry Fudge that I would come home very motivated and inspired by the place – even if I hadn’t gone there to run. The place makes the hairs on the back of your neck stand up – it is truly an amazing place and it was a privilege to get the opportunity to train there.

‘The hardest thing was been away from my wife, Susan for four weeks who has been my rock for years. It is something I am going to have to get used to as I am sure there will be more of these camps as we look right ahead to the Tokyo Paralympic Games in 2020.

‘How would I describe a normal day in Kenya then? Well, some days were track or tempo sessions, and the rest would be steady runs to build up the mileage. We’d be out for our first run of the day at 9:30am and would need to wash afterwards because of all the mud and dust on your legs.

‘Some of the athletes would head to the gym after lunch but I made the most of the opportunity to have a nap before a group run later in the afternoon.

‘The evening was chill out time where a few of the guys would play board games and really we would just sit and chat; talking about the experiences. I’d make sure I called Susan and be in bed no later than 10pm – it was a solid routine every day but I enjoyed that.’ 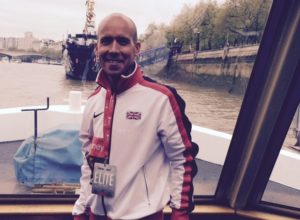 ‘When I was out there, I thought about London a lot. I came back with a level of excitement that I have never experienced before heading into a race like this.

‘I’ve got a lot of endurance in my legs ever since London last year – I had Rio to train for so there hasn’t been much let off. I’m just listening to my coach (Ron Morrison) and not over doing it.

‘If I can maintain the condition I am in now then I think I have the prospect of running really well. I know the times I’d like to hit but I like to keep them to myself as I don’t put too much pressure on myself. I know I am capable of being competitive and running well in London.

‘For anyone doing the race for the first time, my advice would be to enjoy it and make sure you soak it all in. The noise from start to finish is unbelievable. I manage to block out the noise, but then I am so focused – every time I get to the finish line I’m not too sure how I got there.

‘A couple of years ago, Susan was in the crowd at mile nine, but I was so focused, I didn’t see her and ran straight past her!

‘Good luck to all who are in their last weeks of training for your marathons. Be smart and enjoy it.’ 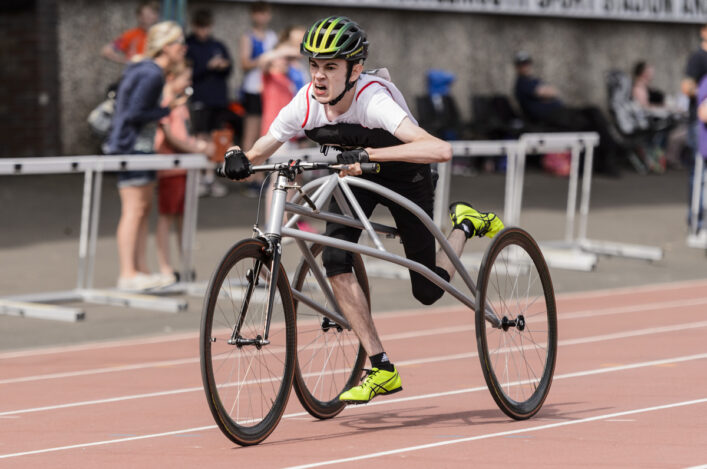