Over the last 12 months, scottishathletics sought to offer and develop coach development opportunities for coaches across the country, including local opportunities at club level as well as nationally.

scottishathletics continued to roll out the new continued professional development (CPD) pathway in 2016 with coaches attending Athletic Development & Physical Preparation I, II and III courses, Technical Development I course and hosted the first gatherings in our Coach Network Sessions.

In 2016, scottishathletics made coach development opportunities more accessible by delivering CPD workshops to coaches at the club.

Many opportunities are available in the Central belt of Scotland. This year, however, we delivered the coach development programme to coaches in Stornoway, Inverness, Nairn, Caithness, Orkney and Shetland.

Aberdeen AAC led the way in 2015-2016 with over 20 coaches, each attending the first three Athletic Development & Physical Preparation courses (I to III). 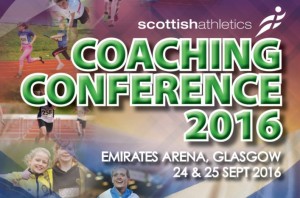 The Emirates Arena was very much the focal point for the coaching community in September when scottishathletics hosted the National Coaching Conference.

More than 200 delegates and presenters gathered over Saturday and Sunday at the Glasgow venue. This year’s conference had a world-class line up of speakers.

The conference kicked off with the keynote from world-renowned coach Vern Gambetta, on Coaching Excellence. A number of coaches to Olympians and Paralympians were delivering, including Andy Young (Laura Muir), Robert Hawkins (Callum and Derek Hawkins), Jared Deacon (Emily Diamond), Trevor Painter (Jenny Meadows) and Aston Moore (Stef Reid) – thus giving coaches a great opportunity to learn from their knowledge and experiences.

At the end of the conference, the Q & A session was recorded as a podcast for Martin Bingisser (HMMR Media), and coaches can listen to audio at the following link.

*Over the weekend, uCoach was in attendance and recorded a number of the presentations, and these will become available on uCoach in the New Year. 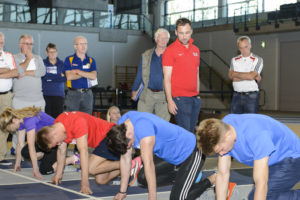 scottishathletics hosted the first Coach Network Sessions for like-minded coaches who are working, or have worked with, performance athletes in their event.

In October, coaches operating at a high level in Scotland and in the UK in their respective event were invited to the first gatherings in Glasgow.

The concept around the Coach Network Sessions is for coaches to discuss, share knowledge and their experiences around a topic that is related to their event/event group; thus, creating a constructive learning environment for all. 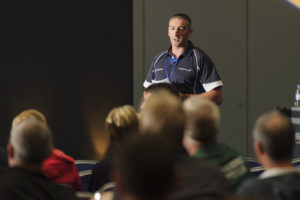 It has been a busy year for coaching and coach development, and scottishathletics are looking to build on the support to Scottish coaches in 2017, by providing more coach development opportunities to coaches and clubs. The Coach Network Sessions will continue in January, February and March.

scottishathletics will continue to work closely with clubs in supporting their coach development endeavours in the club, and will continue to deliver the Athletic Development & Physical Preparation Courses I-IV, locally, regionally and Nationally. These dates will be available in the New Year.

In 2017, we will see the re-introduction of Event Specific Development Days for coaches, and their athletes, where we look at how physical preparation can help develop technique.

We will explore the technical development of the athlete, through progressive teaching progressions, and the use of effective drills and activities, giving coaches further practical opportunities to develop their coaching observations and interventions. More information on this will be announced in the New Year.

And, later in the year, we will also announce details of the National Coaching Conference for 2017.

If coaches are interested in any of the CPD opportunities, please contact Head of Coach Development, Darren Ritchie at darren.ritchie@scottishathletics.org.uk 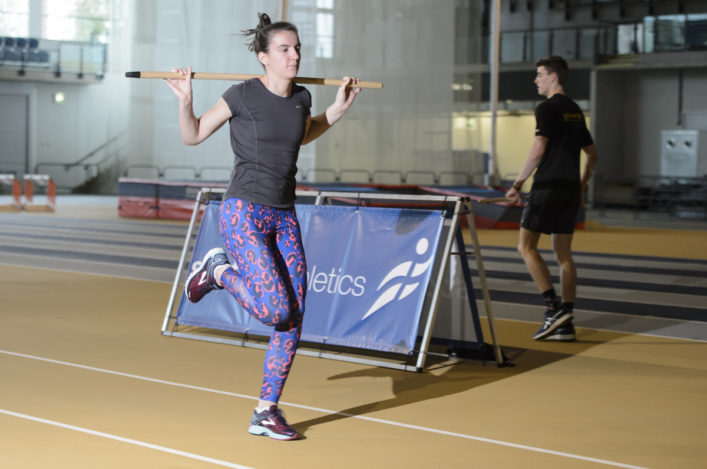