Members of the scottishathletics Club Leaders Academy gathered at the Emirates Arena recently for their final session of 2016-17.

In total, 21 Club Leaders  have taken part in the Academy over the past few months. They have all had the opportunity to attend 10 workshops/webinars throughout the year in addition to the Club Leaders Conference back in October.

All the Leaders are working towards an ILM-approved award in Club Leadership & Management and in addition to attending the workshops they are also completing a series of online leadership and management modules.

Colin Hutchison, our head of development, was joined at the final workshop by Club Managers Jamie McDonald, Lindsay McMahon and Julie Mollison. 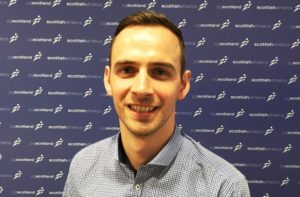 ‘I’m really pleased with the buy-in we have had for the Club Leaders Academy this year,’ said Colin.

‘The final workshop was split into two sessions. The first focussed on how the Leaders can develop their mentoring skills to support the development of other volunteers in their clubs and was delivered by Victoria Clark (Active Advantage) and Adrienne Hunter (SEE Consultants).

‘Then, in the afternoon, the Leaders were treated to a session from former SRU Internationalist, Tony Stanger, looking at how they can apply their learning from over the last 12 months and ensure they maintain a focus on their own development whilst continuing to deliver within their club roles.

‘The Club Leaders Academy has been well-received in its first year and we’re keen to learn from the experiences of those involved to further improve what’s offered to the next cohort of leaders for 2017-18.

scottishathletics will confirm in July the programme for the Leaders Conference and will also circulate information on how to apply for the next year of the Club Leaders Academy. 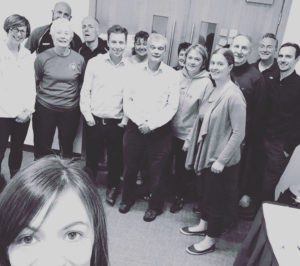