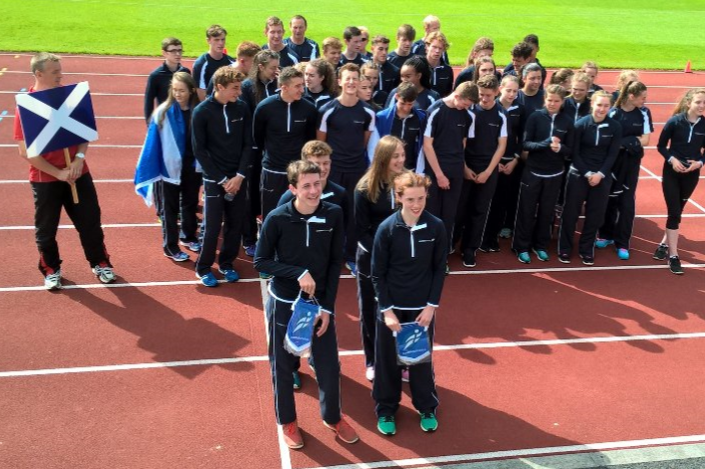 Scotland finished second overall in the Celtic Games at U18 and U16 level in Swansea in the annual match with Ireland and Wales.

There were 15 PB performances, a Scottish U15 record and two Celtic Games records as well as a trophy win for the Scotland U18 Women in their category.

And, once again, this development event proved a good exercise for the teenagers who travelled with many proving their ability to rise to the occasion as Scots took 15 event wins within the overall fixture (with one of those an invitation relay).

Congratulations to all the young Scots who represented their country and the to the coaches, parents and clubs who  are helping with their development.

Pride of place probably falls to three female athletes who have been having excellent seasons in track and field – Keira Waddell, Alisha Rees and Holly McArthur.

Chirnside Chasers thrower Waddell has impressed in the javelin and she came up with another PB in Swansea as 41.93m gave her a Scottish National U15 Record (pending the usual ratification process) and second place on the day.

European Youths medallist Rees was one of the Scotland captains in Wales and delivered again with wins at 100m and 200m – with her shorter sprint run believed to be a Celtic Games record.

And McArthur posted wins in both the long jump and the 400m Hurdles with the later believed to be a Celtic Games record at 61.26 seconds.

*Thanks to Leslie Roy, Mark Pollard and Julie Mollison for their efforts with the team over the weekend.