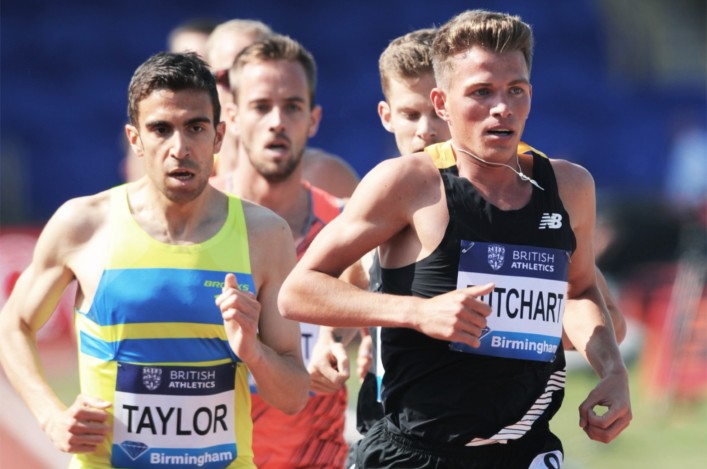 Andrew Butchart smashed a Scottish National Record for the second time in a fortnight – as Scots again graced the Diamond League with top class performances.

The Scottish National XC champion took Nat Muir’s mark in the 5000m in Hengelo a fortnight ago as he shattered one the longest-standing records on the books.

Then, at the Birmingham Diamond League meeting on Sunday, Butchart revelled in the live TV occasion to take the Scottish best at 3000m – with his 7.45.00 run better than John Robson’s 7.45.81 time from some 32 years ago.

Butchart finished fourth in the race as Mo Farah shattered the British record on a day when Scottish athletes delivered a collective performances which featured two fourths, with  Lynsey Sharp at 1.59.29 in the 800m; a second place for Eilidh Doyle in the 400m Hurdles, and a European Championship 1500m standard for Jake Wightman.

No wonder the Central AC athlete, who is coached by Derek Easton, can’t wait for the Olympic trials in three weeks when he hopes to join Farah in the 5000m for Rio.

Later he said: ‘I was never going to win the race but I am really happy with my performance.  I’ve got to keep it going  . I’m still not there yet  and there still a few hurdles to clear.’

Lynsey Sharp was quick off the mark among the many offering congratulations for Butchart on social media as she tweeted: ‘Andrew Butchart – breaking records for fun!’ 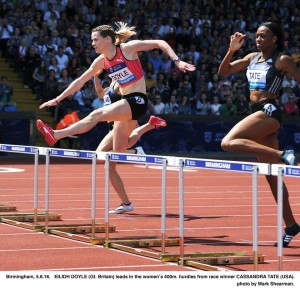 Doyle continued her fine start to 2016 but was denied victory in the women’s 400mH by a photo-finish.

The European champion missed out by just one thousandth of second as American Cassandra Tate finished strongly, piping the Scot to the line in 54.57.

‘I’m pleased with how the race went; I felt really smooth and strong,’ said Eilidh.

‘It would have been good to win it but you can’t call it much closer than that. I’m in a great place everything is going well I’m just trying to get some good races under my belt then get ready for trials and secure that spot on the plane to Rio.’ 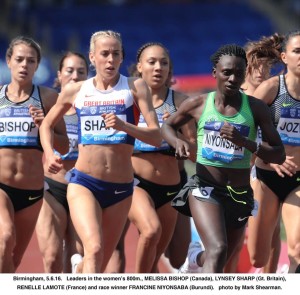 In the 800m, Sharp did what the tattoo on her wrist states, ‘get out strong, commit’, following winner Francine Niyonsaba for most of the race. Despite tiring in the home straight, she still ran an impressive 1.59.29 to finish fourth.

It is worth noting that those in Lynsey’s wake once again included some top-class athletes including American duo Chanelle Price and Ajee Wilson.

Asbel Kiprop produced one of the performances of the day, bettering the Birmingham Diamond League 1500m meeting record and also revising his own world lead. Following the pacemakers closely until they stepped off at the 1000m mark, it was a solo run for home, with the World Champion breaking the tape in 3.29.33, almost four seconds clear of runner-up Abdelaati Iguider.

Jake Wightman was the leading Brit in 3.37.77, inside the European Championship qualifying mark, and a Season’s Best for the Scot.

The Scot clocked 30.45.81 as the GB men took fourth place in the team competition. Result here