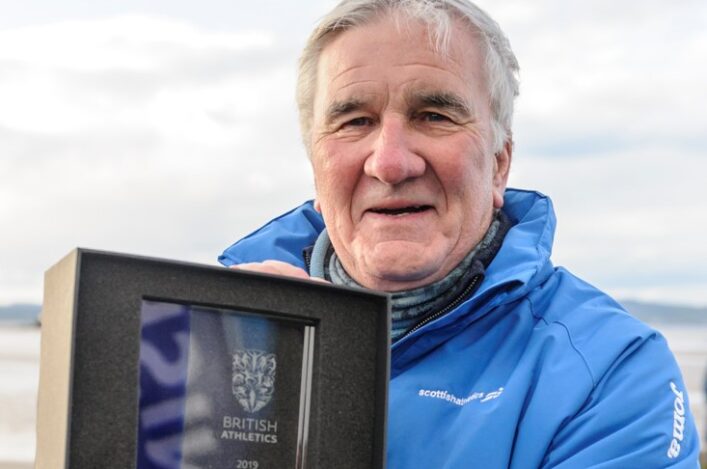 Ron Morrison – adopted as the new President by scottishathletics

Ron Morrison has been elected as President of scottishathletics for the second time – as Leslie Roy stands down after eight years of dedicated service.

The annual general meeting at the Emirates Arena in Glasgow on Saturday morning saw club representatives approve the recommended changes.

Fife AC stalwart Ron, of course, has vast experience in the sport as an athlete, coach, Official and administrator and he returns to the President’s role some 20 years after a short previous stint. In 2018, he was named Endurance Official of the Year by UK Athletics.

Leslie for her part will continue to contribute her passion and enthusiasm in a new role as Convenor of the Track and Field Commission. Both those changes were adopted at the AGM by clubs.

Terry O’Hare, father of triple European medallist Chris, will also now join the Board as a non-executive director.

The AGM also approved a rise of membership fees of £1 in some categories (from April 2020) and adopted changes to our Articles of Association affecting board members and office-bearers as well as disciplinary measures.

Ian Beattie chaired the meeting for the penultimate time – with Ian standing down after the 2020 Olympics – and there was a real feelgood factor in the room with the Annual Report covering the year from April 2018 to March 2019.

It was a vintage period which took in the Commonwealth Games in Gold Coast, the European Champs and European Para Champs and Glasgow 2019 when Laura Muir won double gold and three further Scots landed medals via the efforts of Chris O’Hare, Zoey Clark and Eilidh Doyle. 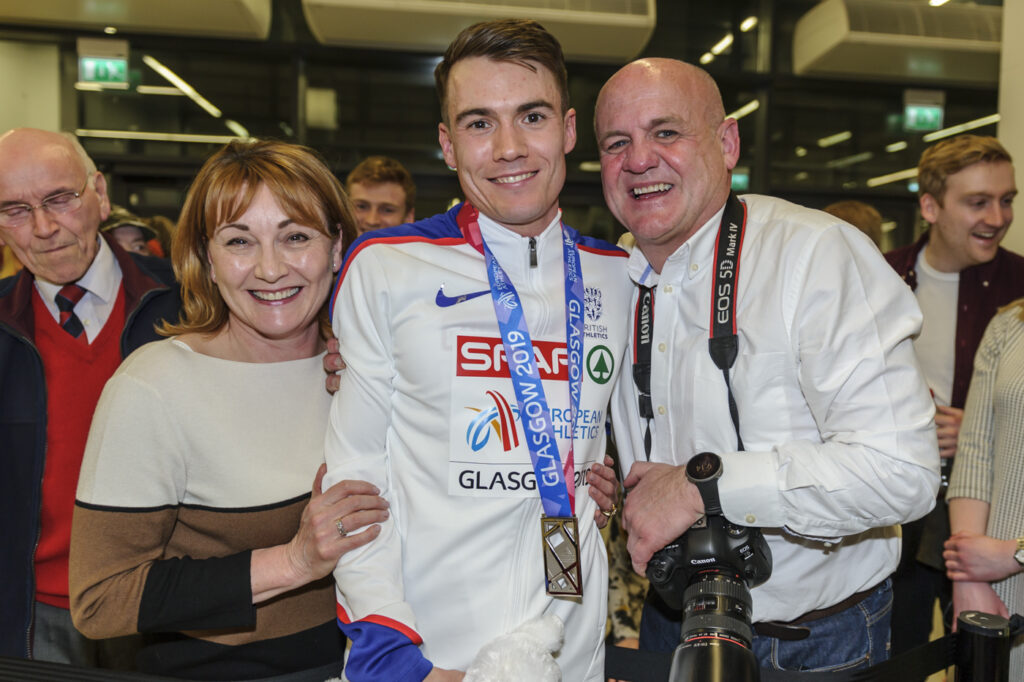 ‘I am delighted to have the privilege of being President for the second time and I look forward to the next few years in officer,’ said Ron Morrison.

‘In my first term of office (1997-99) it is fair to say that the sport was not only in decline but in turmoil about what to do about it.

‘Over the years many, many people have contributed to this resurgence but require the organisation of the staff and volunteers who provide the support for clubs and individuals.

‘In a rapidly changing world the challenge is to enhance the current provision and anticipate the changing shape of the environment required by our members.

‘I have been in our sport for many years but I am no less enthusiastic about it than I was when I started.’

As Leslie was elected Convenor of the Track and Field Commission, with Moira Maguire standing down, there were re-elections for Hugh Buchanan (Hills), Margaret Brown (Officials) and John Rodger (Road Running and Cross Country) in our other volunteer-led Commissions. 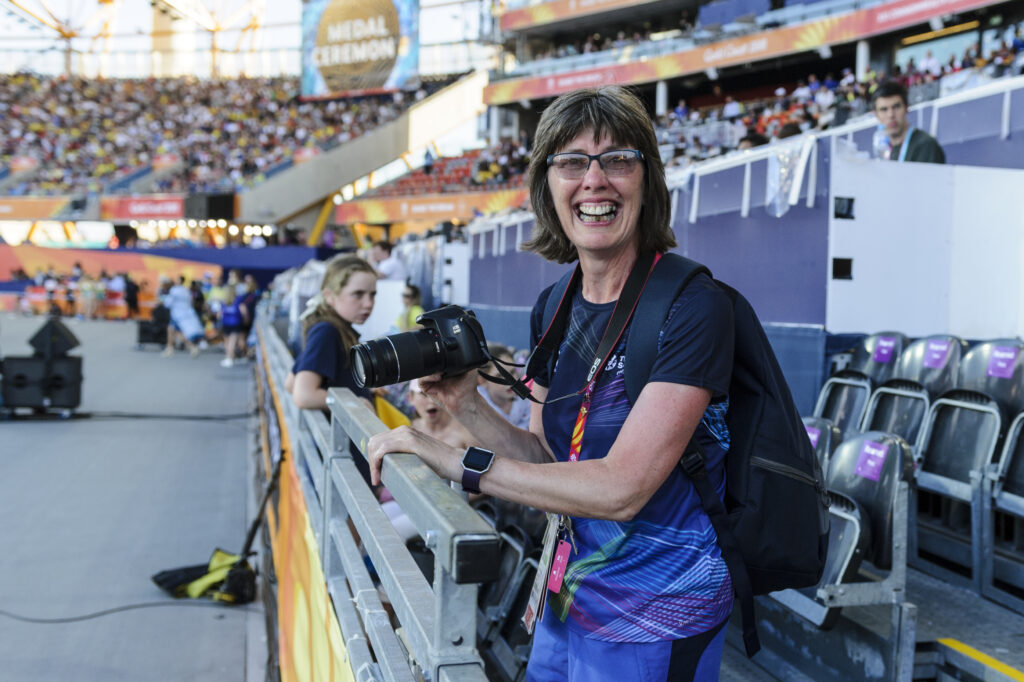 In a change to the Articles of Association, the meeting agreed to a Board proposal that any retiring Board member shall be eligible for re-appointment after the end of their first tenure (four years) but shall not be eligible for re-election thereafter, unless in exceptional circumstances.

Those exceptional circumstances were out-lined as to assist in ‘succession-planning’ whereby a Chair, President or Board Member may stay on for one further year only (beyond the maximum eight years).

It should also be noted that any future changes to the Disciplinary Policy for Partakers must be considered at the AGM as a change to the Articles.

Membership fees were agreed for 2020-21 as follows:

Other fees were agreed to continue unchanged:

Club affiliation fees and method of collection continues un-changed at £7 for first-claim athletes and £3 for second claim. Non-competing member – no charge.

And non-member race levies remain at £2. 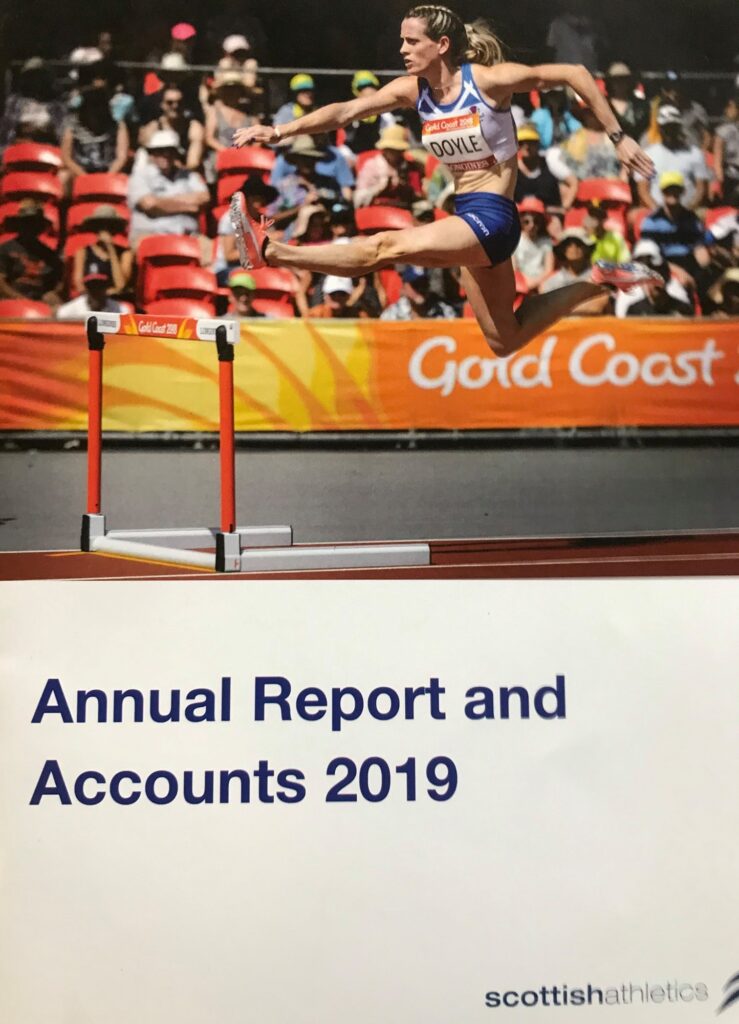