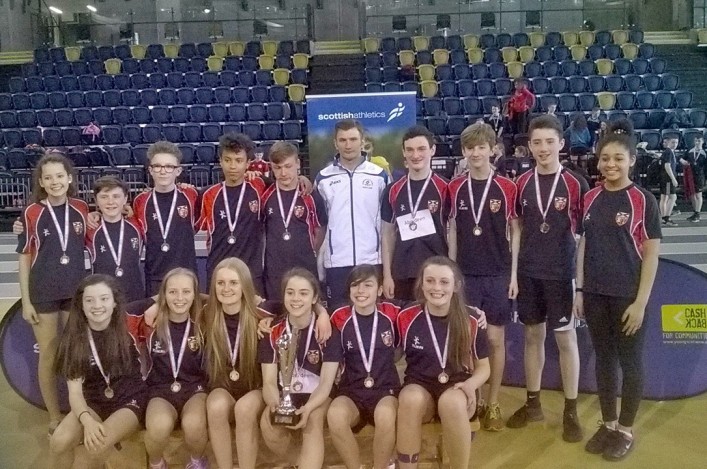 The National Finals saw the winners of all the six Scottish Regions competing in teams of 14 (seven boys and seven girls) at the indoor venue in Glasgow.

The winning team were presented with their trophy and medals from Commonwealth Games marathon runner and Great Britain XC International, Derek Hawkins. 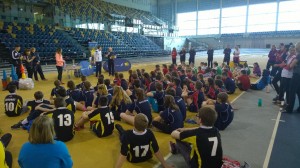 In all, the national Giant Heptathlon programme has seen 144 secondary schools compete in local authority-wide and regional competitions with all regional winners invited to the National Final. This multi-events competition is for first and second year Secondary School youngsters, with each pupil competing in seven events.

In parallel to the Giant Heptathlon events, more than 35,000 Primary School pupils – from primary five to seven – have participated in local and regional Sportshall events across the country. That tally of participants equals the highest number ever for Scotland.

scottishathletics would like to thank the many volunteers who supported the events on the day and congratulate all teams for participating in a very exciting event. Thanks, too, to Derek Hawkins for his attendance and support at the final.

We would also like to thank the many athletics clubs who supported local, regional and national finals and created that crucial link between school and club. 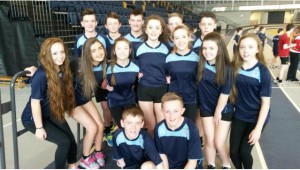