Frank Clement has a theory. It’s not quite Big Bang, but its impact is significant nonetheless.

‘When you’re growing up and you’re an athlete, you’re looking at world record times and stuff like that,’ says the 1976 Olympic 1500m finalist.

‘For me it was Jim Ryun of America, then it was Kip Keino and those guys and they were miles away. But when you went to the Highland Games you could rub shoulders with Lachie Stewart and Ian McCafferty and people like that, and maybe have a chat with them, and you realise-  they’re just normal human beings.

‘That’s so important, that realisation that if they can do that, I can maybe do that.

Frank continues: ‘We had three guys. I came on, then we had John Robson and Graham Williamson. In one year (1978), the three of us were in the top ten world times.

‘If you look at New Zealand, they had John Walker, Dick Quax and Rod Dixon; and if you look at our sprinters at that time, you had Cameron Sharp, Allan Wells . . . then the women came through, Yvonne Murray and Liz McColgan. So you have these wee clusters of good athletes.

‘What’s happening now has backed up my theory.’

Clement is specifically referring to the resurgence in recent years of Scottish distance running and, in particular, the men’s 1500m where the all-time list is headed by the current crop of Jake Wightman (3:29.47); Josh Kerr (3:31.55) and Chris O’Hare (3:32.11).

Watch as Josh Kerr takes down the American All Comers’ record in the 1500m in Portland with run of 3:31.65

Success breeds success, but while fast times generate a buzz across the sport, ultimately, it’s positions – and medals – that matter. The ability to race is crucial and chasing the clock, a common tactic in today’s frequently paced events, can potentially be detrimental to success.

‘I see it in my grandson,’ adds Frank, referring to the talented Livingston AC teenager Andrew McGill who made his Scotland debut at the Run Stirling International XC in January 2020.

‘He’s quite a good athlete, he’s very level-headed, but at the minute – and I was the same at his age – it’s all about PBs, it’s all about improving your times. And that can become, arguably, a bit more important than racing the races.

‘If an athlete’s in a race and they don’t think ‘I’m going to win this’ but ‘I might get a PB‘ – if that becomes too dominant a feature in your mind – then there’s a wee danger that you might forget the main reason that you’re in it. To get in the 1-2-3.

‘Most of the time I raced to win the race, that was the aim, even though I knew that the guys I was racing against had a better pedigree than me, faster times.

‘You had to go through a fairly detailed mental rehearsal for how you might win the race, some kind of justification, and that’s a different approach to just going into a race, week in and week out, and just following the pack and getting a good time.’

Clement, a former British 1500m and Mile record holder, British champion and Olympic finalist, worked full-time as a contract engineer at the peak of his career.

His approach, described with almost brutal simplicity, was to run the races, get picked for an event the following weekend, fly out, race, then come back and pick up the training again until the next race because he had to work. 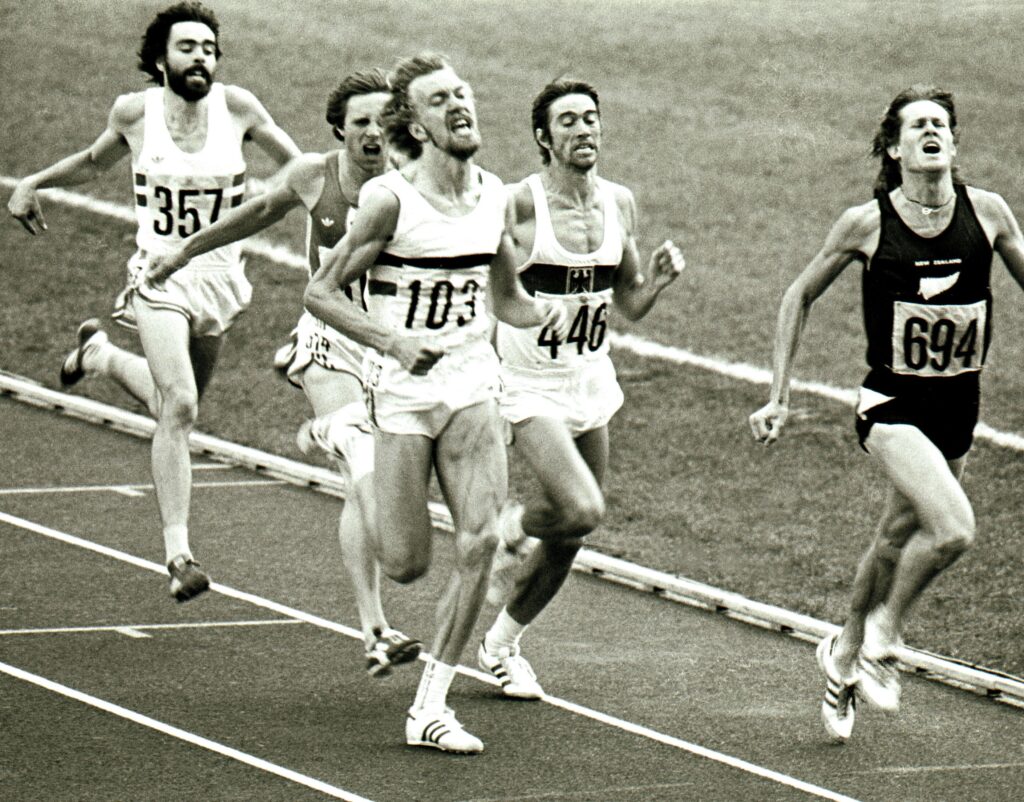 ‘It was great fun. It was like a pastime more than a total dedication to the task of being an athlete, but it was a fun pastime that got me round the world and brought lots of excitement.’

The challenge, as a result, was the change of mindset required to adapt to life as a full-time athlete – and time on his hands – when major championships came around.

‘The three big ones I was involved in, the European Champs in Rome, Commonwealth Games in Edmonton and Olympic Games in Montreal, the main thing was that they were very different to just going away for a weekend, racing and coming back again,’ he recalls.

‘Those things you could take in your stride. In our day, when you went to a major event like that you were away from home for two or three weeks and it was a different way of living for that period of time.

‘I found that something that I really had to get my head around.’

Following Clement’s retirement from competitive athletics, he worked for Glasgow City Council in events – including as Race Director for the Glasgow Women’s 10,000m – until his retirement in 2008. 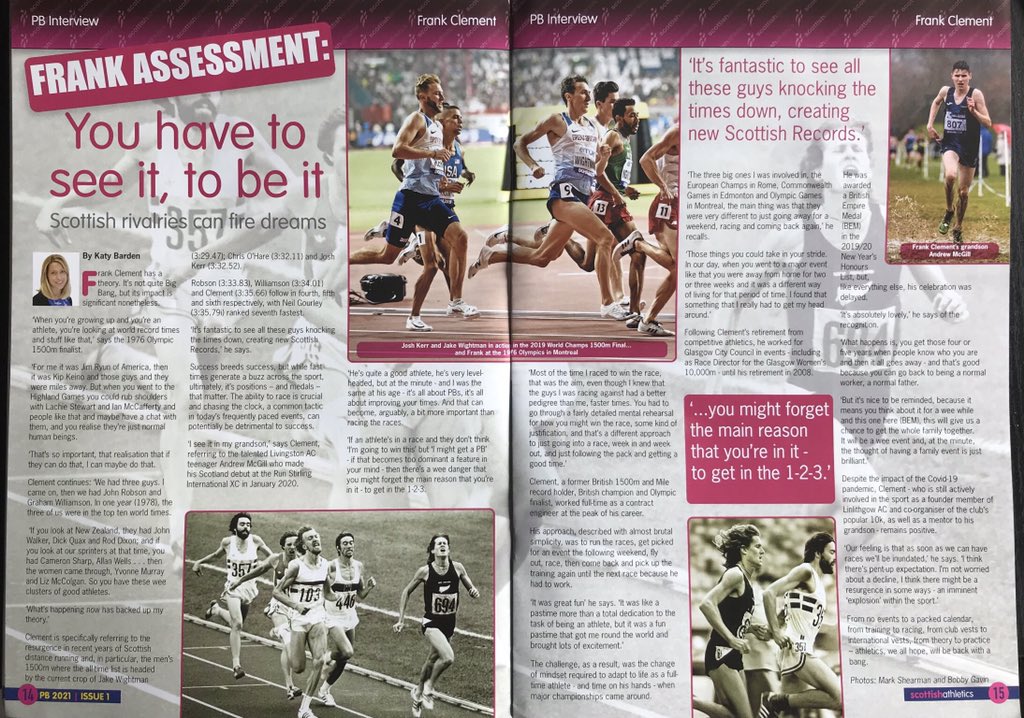 He was awarded a British Empire Medal (BEM) in the 2019/20 New Year’s Honours List, but, like everything else, his celebration was delayed.

‘It’s absolutely lovely,’ he says of the recognition.

‘What happens is, you get those four or five years when people know who you are and then it all goes away – and that’s good because you can go back to being a normal worker, a normal father.

‘But it’s nice to be reminded, because it means you think about it for a wee while and this one here (BEM), this will give us a chance to get the whole family together. It will be a wee event and, at the minute, the thought of having a family event is just brilliant.’

Despite the impact of the Covid-19 pandemic, Clement – who is still actively involved in the sport as a founder member of Linlithgow AC and co-organiser of the club’s popular 10k, as well as a mentor to his grandson – remains positive.

‘Our feeling is that as soon as we can have races we’ll be inundated,’ he says. ‘I think there’s pent-up expectation. I’m not worried about a decline, I think there might be a resurgence in some ways – an imminent ‘explosion’ within the sport.’

From no events to a packed calendar, from training to racing, from club vests to international vests, from theory to practice – athletics, we all hope, will be back with a bang. 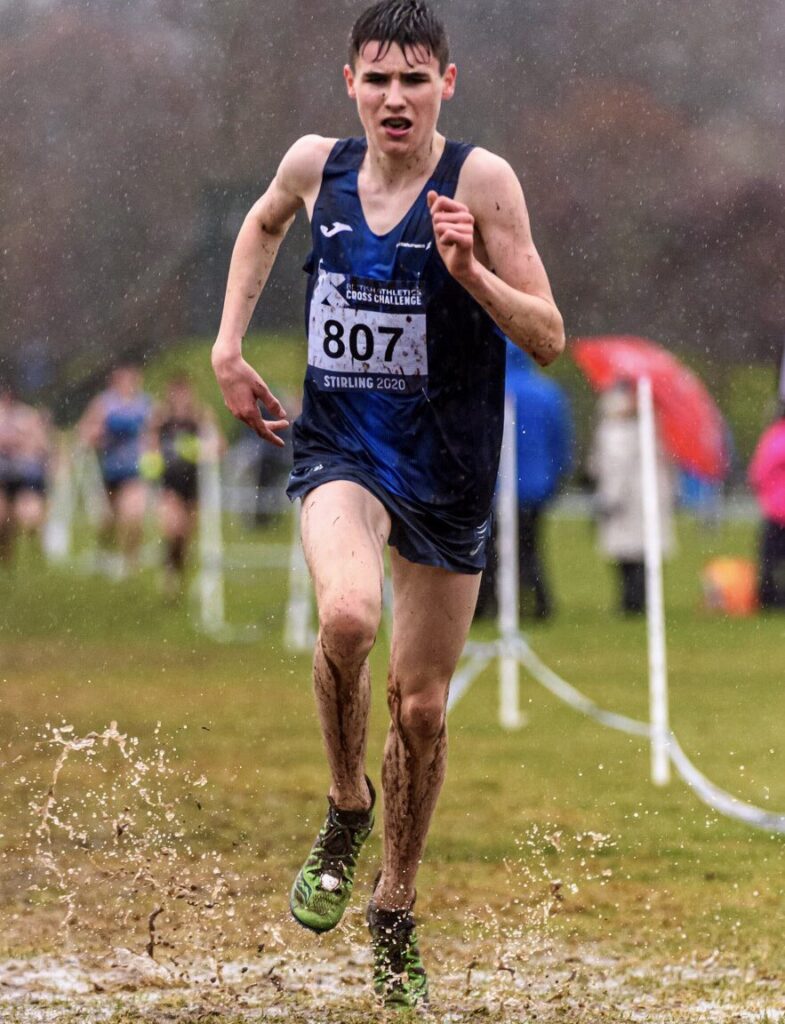