Chris Bennett came up with his best hammer throw for four years to set what may be confirmed as a new Native Record at Linwood on Saturday.

scottishathletics were pleased, in accordance with approval from the Scottish Government and sportscotland, to stage another small-scale event for invited athletes at our Spring Throws Invitational Meet.

And the athletes responded with that fine performance from Bennett as well as a likely new National Record in the U17 Women’s 3k Shot from Meghan Porterfield. Both performances will now be subject to the usual ratification procedures).

Chris threw out to 75.69m to deliver the longest hammer throw by a Scot in Scotland and overtake a 74.98m mark from 1976. It was also a Commonwealth Games qualifying standard performance from the GB Olympian.

Congratulations to Chris, his family and coach Andy Frost.

Meghan for her part has only just stepped up the U17 age group but picked up where she left off at Meadowmill last summer. A 14.45m throw went well beyond the 14.04m record held by Mary Anderson back in 1984.

Mary’s was 4kg shot, however, and Meghan’s performance is liable to sit as a 3kg shot record at U17 level.

Many congratulations to Meghan, her family and coach Henry Hunter.

Other performances of note came from Kirsty Costello with 58.14m for the third best U20 Women’s hammer performance of all-time, while Katie Burr‘s javelin throw of 39.77m is eighth best all-time for U20 Women’s Javelin.

scottishathletics Throws Coordinator Alison Grey and our Events team worked hard to pull together the event and we would underline our thanks to sportscotland, the scottishathletics Officials and host club Kilbarchan AAC as well as Renfrewshire Leisure. 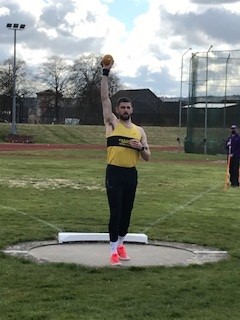 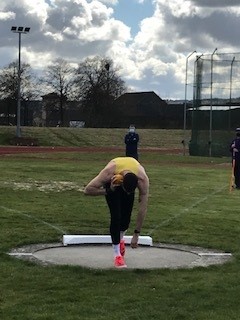 Great start to the season for @Meghan38902052, 14.45m and a great series to back it up. Thanks to all the officials and all at @scotathletics for organising. pic.twitter.com/sG20jxCuRu