scottishathletics are making plans for our virtual team event for athletes in the U13 and U11 age groups – which starts next week.

The 4J Studios Virtual SUPERteams Challenge will be led by clubs and will happen during the first fortnight of February.

Club-level competition will be for individuals but scottishathletics will collate performances to create the national team event via teams of four athletes.

Clubs will be able to create their own leaderboards for their members in each of the four individual events, as well as identify their ‘all-rounder’ leaders – the athletes scoring the highest combined points total across all four events.

Entries should be submitted via the event fixture page linked above and please note there is also a lot of information available there to help clubs set everything up (see download on the right of the page).

ENTRIES CLOSE AT MIDNIGHT THIS SUNDAY.

The four events making up the 4J Studios Virtual SUPERteams Challenge are:

Clubs should introduce two events per week to allow plenty of time for athletes to practise each event and to submit their best result for scoring. By the end of the fortnight, all athletes taking part in the Challenge will have recorded a result in each of the four events.

In the Virtual event, the top four scorers from a club will form its ‘A’ team, the next four the ‘B’ team, and so on.

Clubs can enter as many athletes and teams as they wish in the Under 11 and Under 13 age groups. 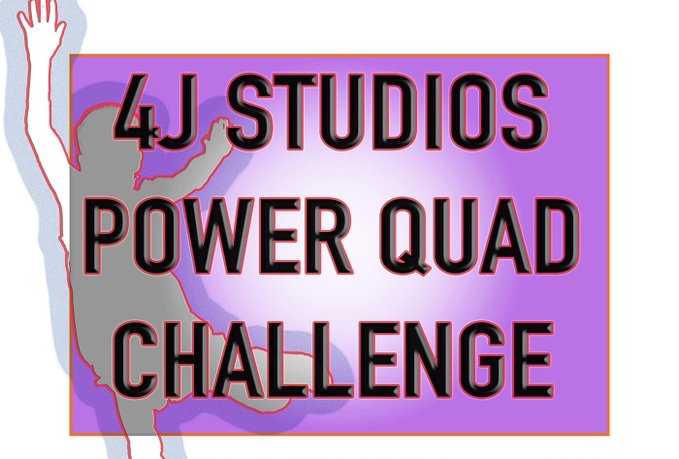 All four challenge events should be attempted consecutively, and the full Quad Challenge should be competed in approximately 60 minutes.

Athletes taking part will be able to submit their performances to the live online leaderboards that pit sprinters, throwers, jumpers and endurance athletes against one another.

As well as the best combined score over the full Power Quad, individual rankings for each of the four challenge events will also be available.

ENTRIES CLOSE AT MIDNIGHT ON SUNDAY

The four events making up the 4J Studios Virtual Power Quad Challenge are:

All four events should be completed back-to-back in the same session. Athletes can make as many attempts at the Quad as they wish during the competition window.