Check out the rankings at scotstats.net

Read previous articles in this series

scottishathletics Historian, Arnold Black, continues our look at the last 60 years of Scottish rankings with the focus this time on the middle-distance events of the 800m and 1500m

‘This particular category surprised me as I did not expect it to be dominated by the women in the way it is, with the top seven all being female,’ said Arnold.

‘This is probably due to a greater focus on combining these two events on the women’s side whereas the men have tended to focus on a single event, eg Tom McKean, Paul Forbes and Guy Learmonth on the 800m, or the men have graduated to longer distances more quickly than their female counterparts.’

The focus on both 800m and 1500m has seen Jake gather the points to move into the overall top ten in a relatively short time frame, first making an impression in the top ten rankings in 2012 when he recorded 1:51.6 for the 800m while still in his teens.

In a fiercely fought category, he has never finished outside the top two for each event in the last five years and in 2019 and 2020, he led both the 800m and 1500m rankings.

Hayley Parkinson/Ovens emerged as one of Scotland leading runners in a career which saw her win seven Scottish 1500m titles (3 of which were indoor) and three British indoor titles.

She was a finalist at both the 2002 and 2006 Commonwealth Games 1500m events and competed for GB at the 2003 World indoor championships. She first appeared in the Scottish senior rankings at the age of 15 but it was another three years before she broke into the top ten in the 800m, 1500m and 3000m.

The leading man in the category, Bellahouston Harrier Frank featured in the top ten rankings for the first time in the 1500m in 1971 and bowed out after the 1981 season when he was ranked third.

Initially her success came over the one-lap distance where she twice competed at the European Championships and medalled (bronze) at the 1969 European indoors and won gold in the 4x400m relay at the 1969 Europeans, but it is at 800m and the 1970 Commonwealth Games that she is best remembered, memorably winning gold in front of a cheering Scottish audience in a great finish.

Rosemary competed for Scotland at three Commonwealth Games – at Kingston in 1966, she had finished fourth in both the 440 yards And 880 yards, glory came in 1970, and she was a semi finalist at the 1974 Games. 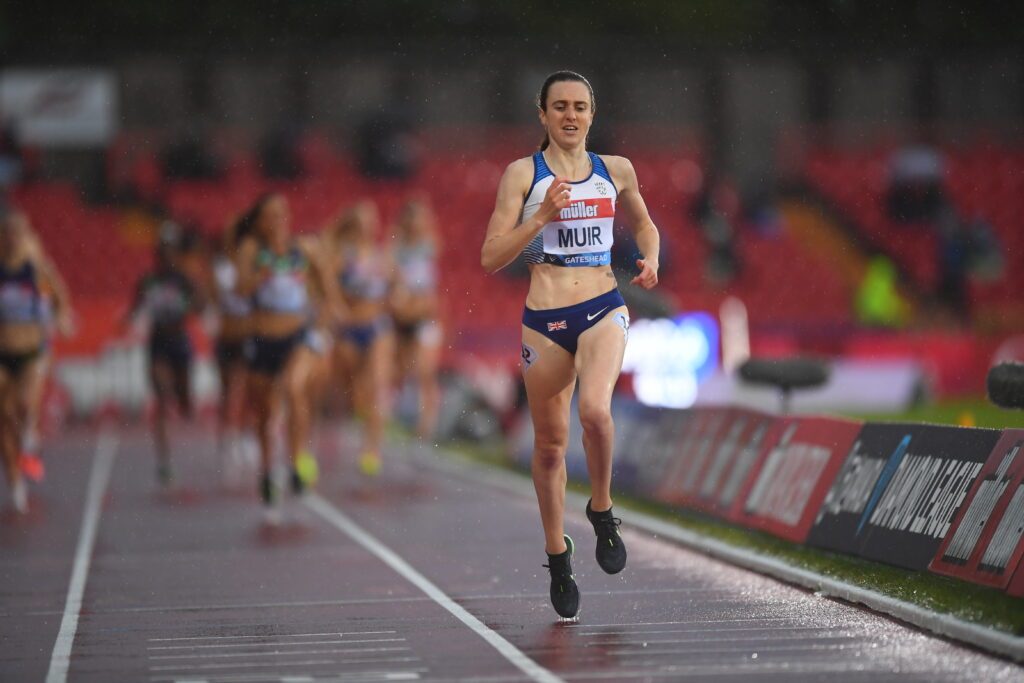 Laura and Jake are the two current athletes in the overall top ten who are continuing to add to their tallies this year.

Laura broke into the Scottish top tens in 2012 and then led both rankings for the first time in the following year. Since then she has dominated the Scottish middle-distance scene like no other athlete bettering 2 minutes for 800m and becoming the only Scot to date who has broken four minutes for the women’s 1500m, a feat she has achieved on 16 occasions.

Originally with the old Maryhill Ladies Athletic Club, Chris McMeekin’s first appearance in the top ten rankings was at 400m as a 15-year-old in 1972. By 1975, still a teenager, she led the 800m rankings and competed at that event at the 1976 Olympic Games.

Christine continued her running career to 1988, including another Commonwealth Games appearance at the 1986 Games in Edinburgh.

Her range of distances extended latterly to the marathon, where she was the leading Scottish runner for the three years from 2000 to 2002. She won six Scottish 1500m titles (and two at 3000m) and represented Scotland at the Commonwealth Games in 1986 and 1990, where she finished eighth and then fifth in the 1500m.

Lynne was a finalist at the 1984 Olympic Games and twice competed at the European Indoor Championships.

Susan Scott will be remembered for being the first Scot to better 2 minutes for the 800m, achieving this at the 2002 Commonwealth Games final, frustratingly finishing fourth.

She repeated the feat four years later, bettering her own Scottish record, but yet again could only finish fourth. From 2002 to 2008, she led the 800m rankings each year and also was top of the 1500m rankings four times in that period.

Susan competed at the World and World indoor championships at 800m and the Olympics and European indoors at 1500m and was twice British 800m champion and once indoor 1500m champion to go with her seven Scottish titles over the events.

Yvonne Murray is rightly recognised as one of the greats of Scottish athletics and if I had extended this category to include the 3000m, she would have undoubtedly topped this review.

Cambridge Harrier Margaret MacSherry/Coomber is an athlete who had an outstanding career both on the track and over the country, whose career has gone very much under the radar. 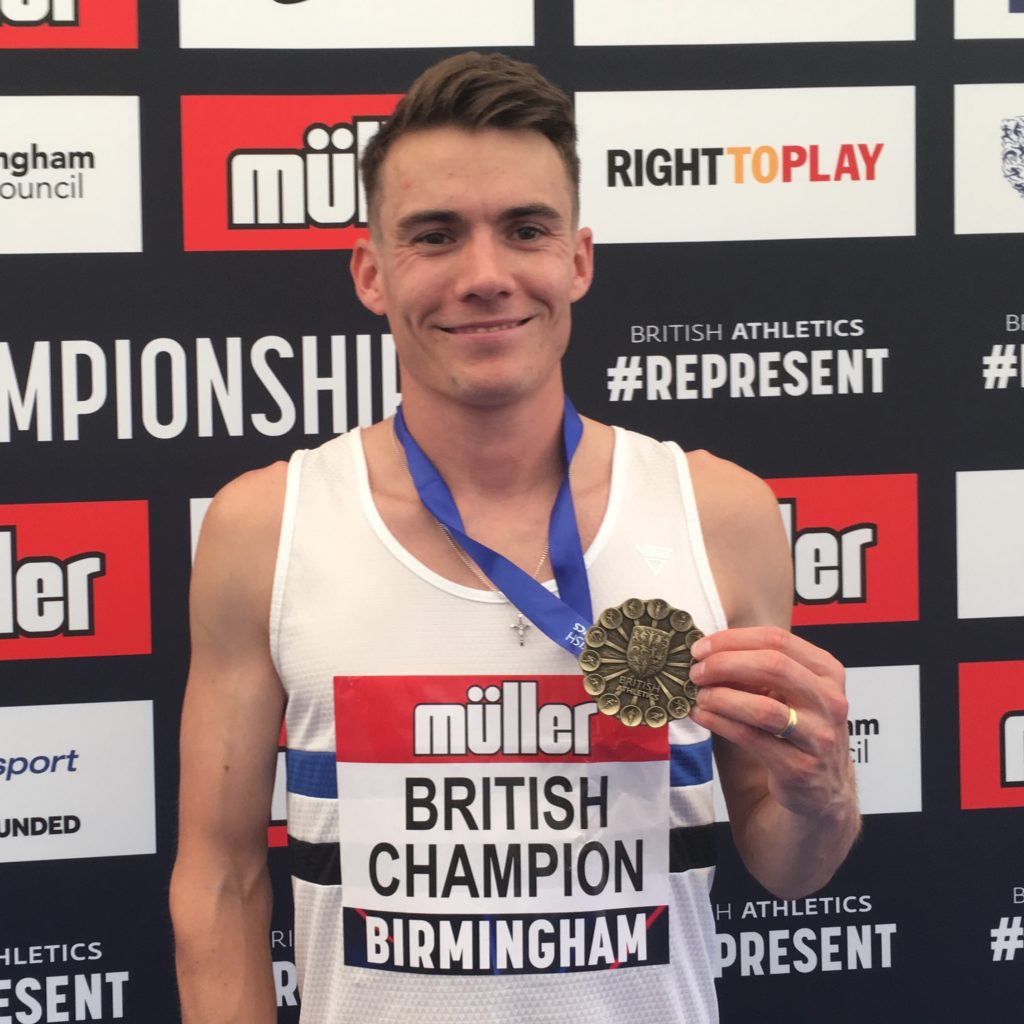 Here are the top 10 points scorers on the men’s and women’s lists: 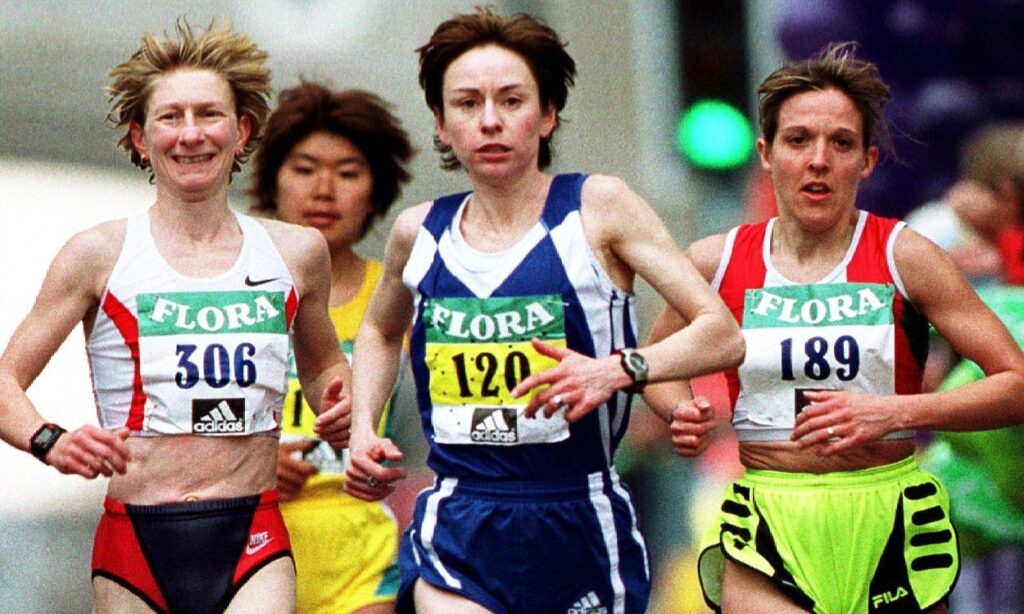