Relief beyond belief! Track and field is back . . . and the smiles tell own story

In the end, it was well worth the long weary wait through lockdown and beyond. And all the hard work and patience from everyone involved.

The smiles across the faces of athletes, parents, coaches and – very importantly – our dedicated Officials, told their own stories.

Track and field returned to Scottish athletics for the first time since an Indoor Season which feels like an eternity ago; almost as if it took place in a different world. In many ways, it did.

Meadowmill in East Lothian proved precisely the right venue over Friday, Saturday and Sunday as around 200 athletes and 40 Officials gathered together to deliver a meeting under ‘new normal’ circumstances.

Restricted numbers in events and running the 800m in lanes is somewhat surreal and so was the sight, around 10am on Saturday morning, of just three athletes lining up and almost 40 Officials in purple and red falling completely silent to await the starter’s gun – while hiding their inner delight to be back on track. 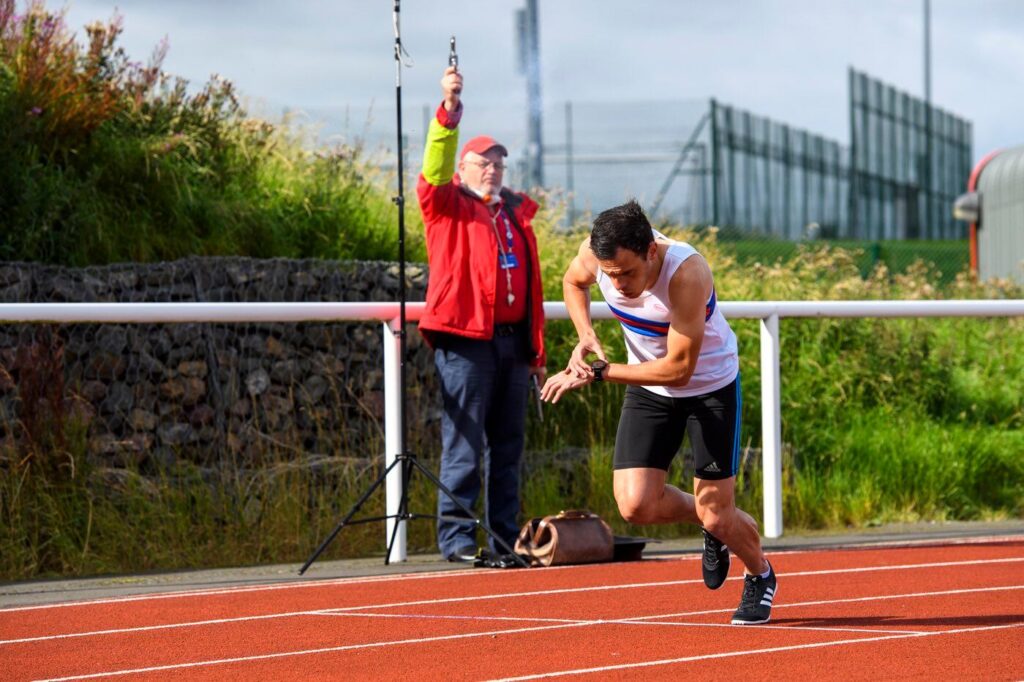 Starter’s orders . . . Greg Louden is ready for the gun at Meadowmill (photo by Bobby Gavin)

For Greg Louden, a National Record Holder in the Team Scotland 4x400m quartet at Hampden in the Glasgow 2014 Commonwealth Games, it was a case of relief beyond belief.

‘That felt so weird and I’m not going to lie to you – it was harder than running in the Commonwealth Games at Hampden,’ smiled Greg.

‘I’ve not raced for about seven months and an 800m in lanes, with only three of you on the track, and on a windy day . . . well, it is tough. Really tough.

‘But I’m so glad the event was on and just to hear a gun go off made a big difference. Time trials in training are just with a whistle and it makes all the difference having Officials there.

‘I looked up and I think there were 40 folk in purple and red trying to put the event on so that three of us could race. They were everywhere to check the lanes and so on but we need them to stage an event. It was so well-organised and professionally done. They did a great job.’

Louden was only 21 when he raced at Hampden and Arnold Black’s Arnold Archive last week on these pages rekindled memories for the Lasswade AC runner. 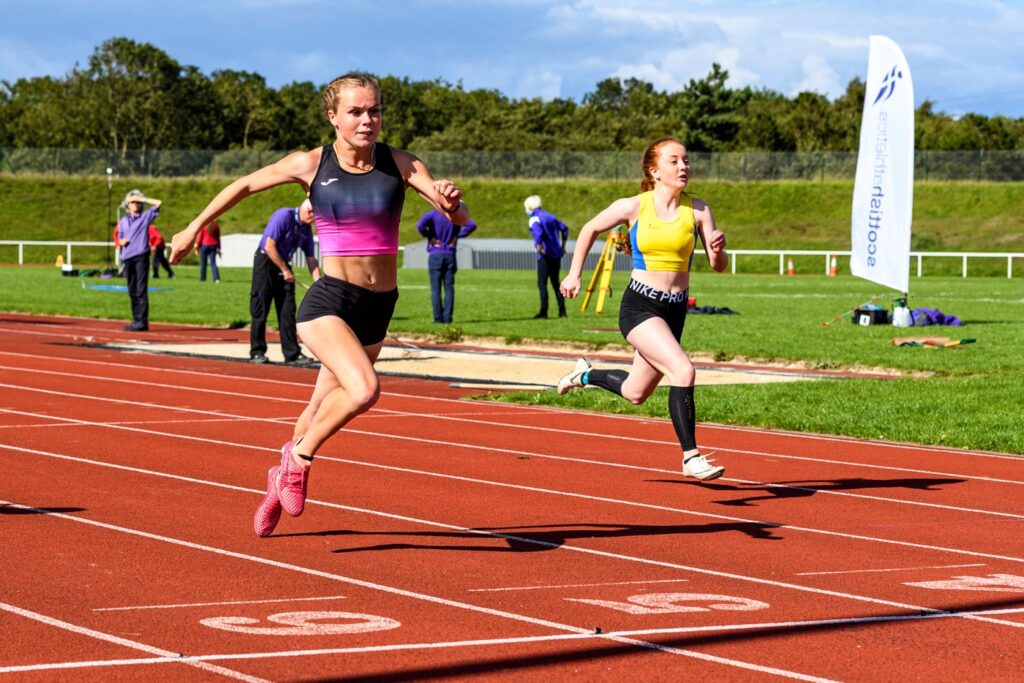 ‘I was 21 at Glasgow 2014 and it is still a huge memory, the highlight of my career. We had such a good team and had two great runs – both of them under the previous National Record.

‘Grant (Plenderleith) and myself were just coming through and Jamie Bowie was in great shape. But Kris Robertson was retiring – there and then – so we didn’t have another chance to run as a team.

But, even now six years later, I look back and think all the sacrifice in my late teens and aged 20 was worth it to enjoy that.

‘I switched to 800m about 18 months ago and of course this hasn’t been a proper year by any means. I’ve still a few more years in the tank and I’ll keep enjoying my athletics.’

Greg clocked 1:58.70 and while there were some good performances over the weekend – with a number of PBs in the throws including a Scottish age group record at U15 for Meghan Porterfield with 13.96m – Meadowmill wasn’t really about performances. 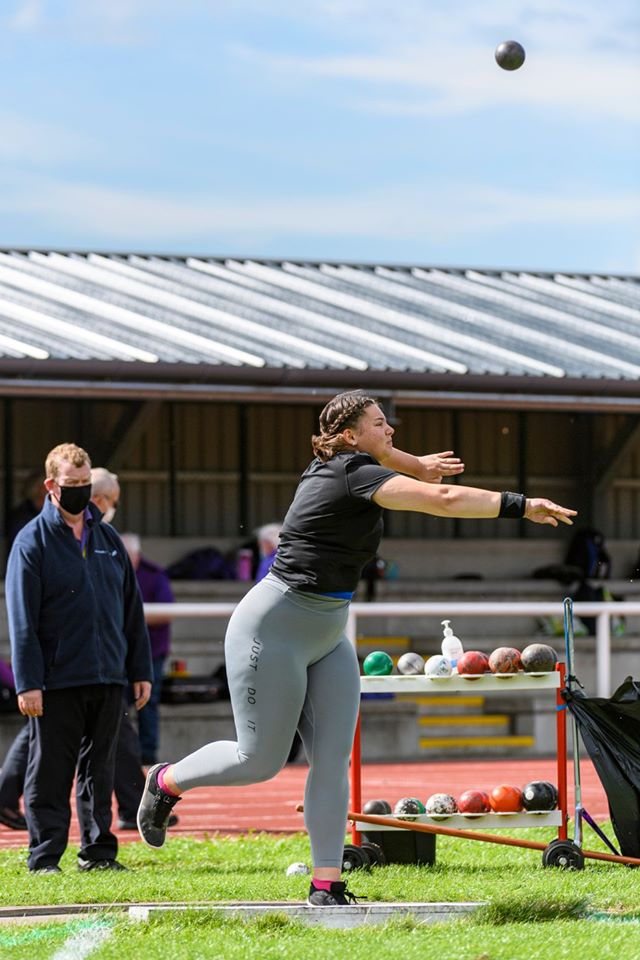 ‘Thanks for all support and patience’ – Alasdhair Love

Really, it was more about sending a signal to the sport about what can be achieved by folk pulling together, meeting protocols and important input and support from 4J Studios, Enjoy Leisure and East Lothian Council, too.

There have been a number of thank-you messages across our social media and here’s one from Mike Quinn.

‘Thanks to everyone at Scottish Athletics for making today happen, very impressive set-up re. Covid measures from the moment we arrived: somebody taking names as we entered the area, person cleaning toilets after each use and the officials cleaning equipment after each throw.

‘We could see social distancing being observed throughout. Thanks to all.’

As would be expected from an Open Graded meet, there were PBs and Club Records set.

Let’s face it: there was a pretty strong chance of a Season’s Best for almost every athlete!

Sports governing bodies have been dually challenged with the extremely tight parameters of Covid social distancing advice whilst also trying to satisfy frustated participant & parents demands. @scotathletics you did it! Congratulations on getting us back on track this weekend. https://t.co/yMWzRd3MWh

Competition – it's what we train for, and it's brilliant to have it back in Scotland! Many, many thanks to @scotathletics for their #4jathletics series. Group notched up 3 PBs, but more important, it was fabby fun. Thanks @Bobby_ThatOneMo for photos pic.twitter.com/u89lbErnbs