Jamie Crowe has been making a name for himself on the Scottish endurance scene over the past 12 months or so – culminating in a superb win in the Lindsays National XC at Falkirk last month.

And now the Central AC athlete has hinted at a strong future on the roads, too, with a fine half marathon debut in England over the weekend.

We understand it was also a Central AC club record for Jamie, who recently recorded the fastest lap at the 50th anniversary Allan Scally Road Relays.

Ryan Thomson of Cambuslang was another half marathon debutant at the Balloch to Clydebank event and he came home with the win with a strong run for 66.23.

Ann Robin of Bellahouston Road Runners was the first female home in 86:42. 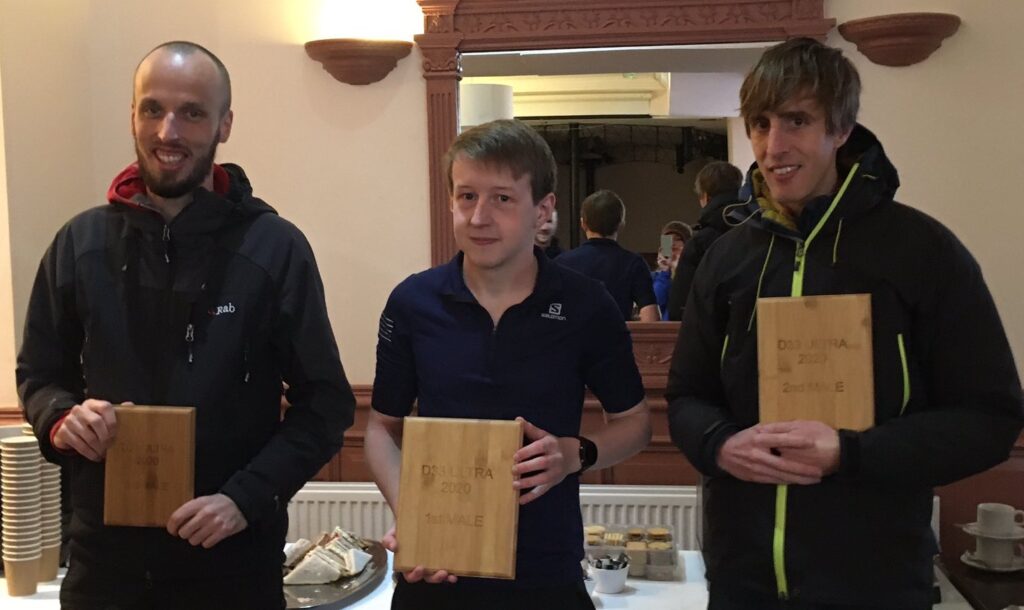 Coverage in the Press and Journal

The Dee 33 Ultra from Aberdeen to Banchory and back on the old Deeside railway line delivered some strong performances.

Jason’s time is the second best ever on the course with Ross Houston holding the record at 3:10.40 from five years ago.

Fife AC’s Alison McGill won the women’s race in 4:17.47 from second-placed Sarah Milne of Metro Aberdeen with 4:31:06 and third-placed Kirsteen Haughan of Giffnock North with 4:43:03.

Neil, John and Alison are preparing for the Anglo-Celtic Plate later this year.

Race Yr Aran (16.1km and 945m), in Wales kicked off the British Hill Running Championship series at the weekend.

Over this rough damp course,  made more interesting by the recent non-stop rain, the Scottish runners had first class performances to finish 1-2-3 in the men’s race.

The lead runners had a gap on Finlay Wild (Lochaber) at the summit but he then used his descending skills to win the race by 54 seconds (1.25.22) from Ross Gollan (Shettleston Harriers) with Eoin Lennon (Carnethy HRC) in 3rd spot. Alexander Chepelin also made the top ten.

In the women’s race, Miranda Grant was first Scot home in eighth place.

There was a Scottish presence at the England Athletics Combined Events Champs in Sheffield over the weekend.

A number of athletes landed PBs and SBs in individual events and in their points tallies.