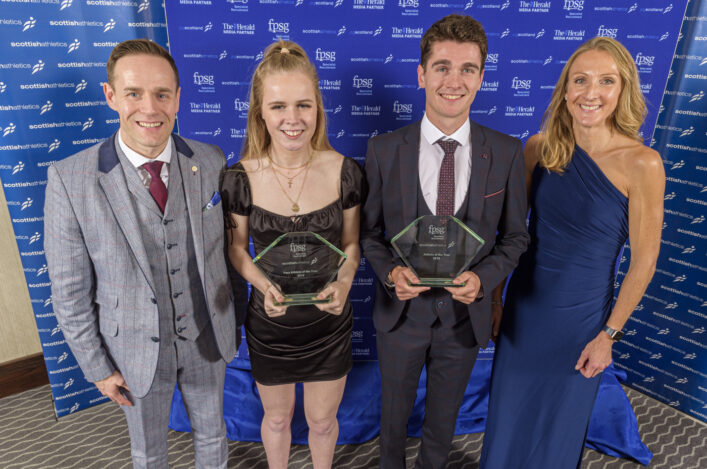 Callum Hawkins and Maria Lyle have been named as our FPSG Athletes of the Year.

Marathon runner Hawkins saw off the challenge of holder Laura Muir and four other strong contenders to win the FPSG Athlete of the Year award.

And Dunbar teenager Maria, who won a sprint double at the Para World Championships in Dubai, is our choice as FPSG Para Athlete of the Year.

Guest of Honour Paula Radcliffe helped make the presentations to the pair at a sold out FPSG Awards Dinner in Glasgow on Saturday night.

Clubs, coaches, Officials and volunteers were also recognised and acknowledged in a great celebration of our sport.

All the winners in all scottishathletics categories are listed further down this article (and we also hope to carry some separate stories on here over the next few days).

Congratulations to all our winners and nominees and in particular to Callum and Maria and their families and coaches – Robert Hawkins and Jamie Bowie respectively.

Robert Hawkins was named FPSG Performance Coach of the Year for the second time, with Jamie on the short-list. 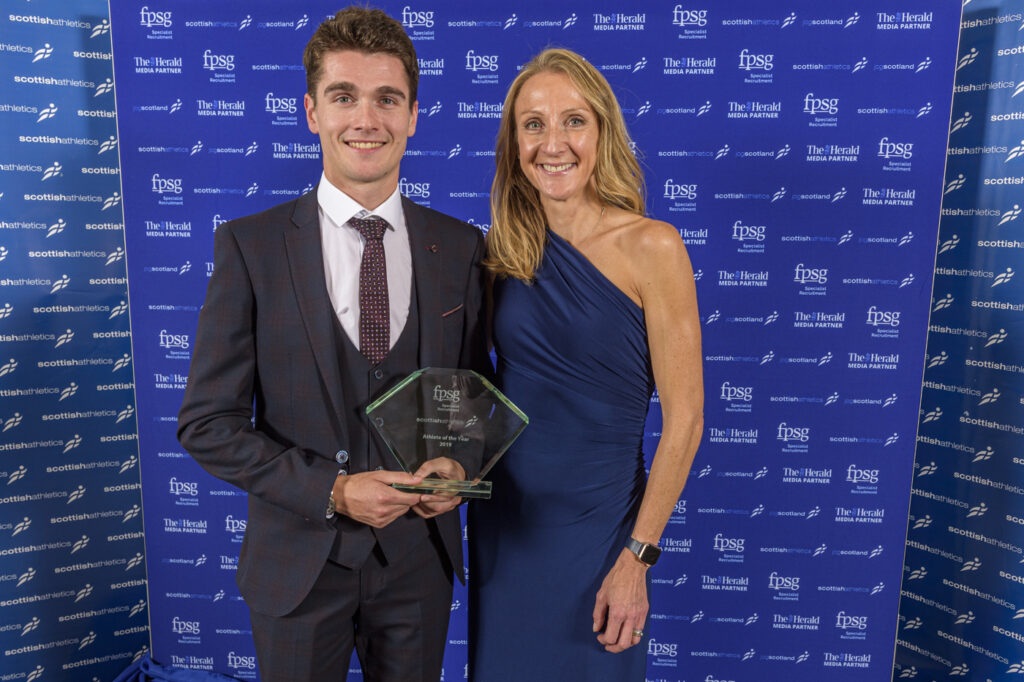 ‘I’m thrilled to win the FPSG Athlete of the Year award given the competition this year,’ said Callum, who broke the Scottish Record in the Men’s Marathon in 2019 and finished fourth in Doha at the IAAF World Champs.

‘There have been Scottish Records broken on the track and the two hill guys, Jacob Adkin and Andy Douglas, have performed superbly, too.

‘It is quite exciting to see some progress in the marathon rankings for 2019 by Scottish athletes and hopefully we can add to that over the next couple of years.’

Maria has been a prominent competitor in Para events since her very early teens and indeed first won this title back in 2015.

‘I’m delighted to win the Para Athlete of the Year title again,’ she said.

‘There was so much success in Dubai and it was really special to be part of that and win my first global titles.

‘I had thought earlier in the year that just being in Dubai would be the main target but once you get there then you want to be really competitive.’ 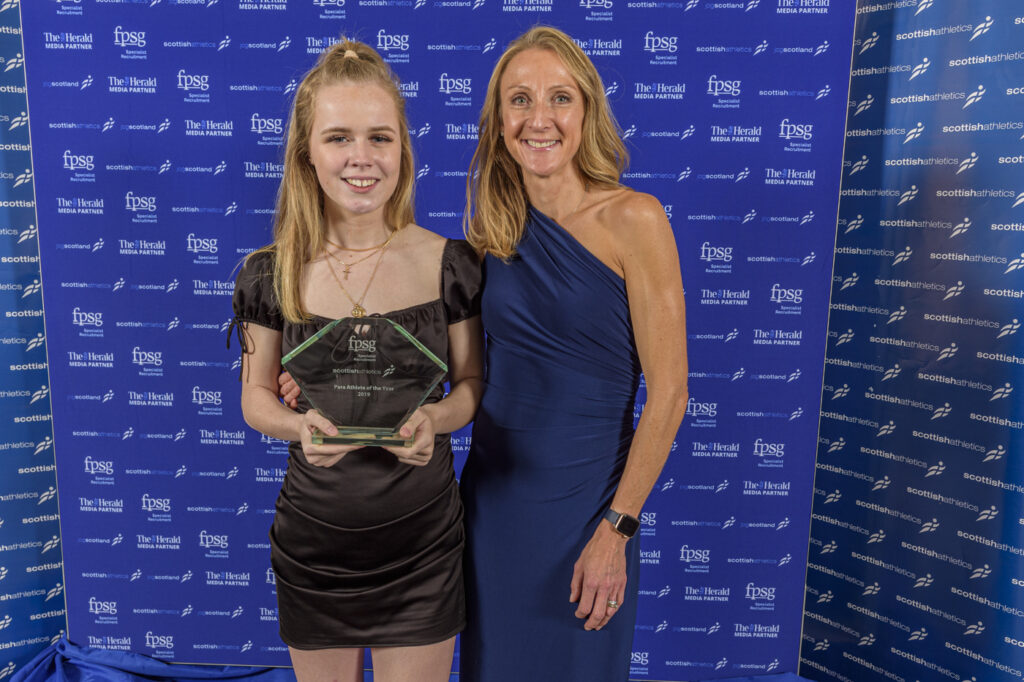 U20 Athlete of the Year – Praise Olatoke  (Kilbarchan AAC)

U17 Athlete of the Year – Isla Calvert  (Livingston AC)

Track and Field Club of the Year – Giffnock North AC

Volunteer of the Year – Mark Stringer

Thank you. A genuine pleasure to be part of such a great evening. The warmth and camaraderie in the room show what a great place the sport is in in Scotland. 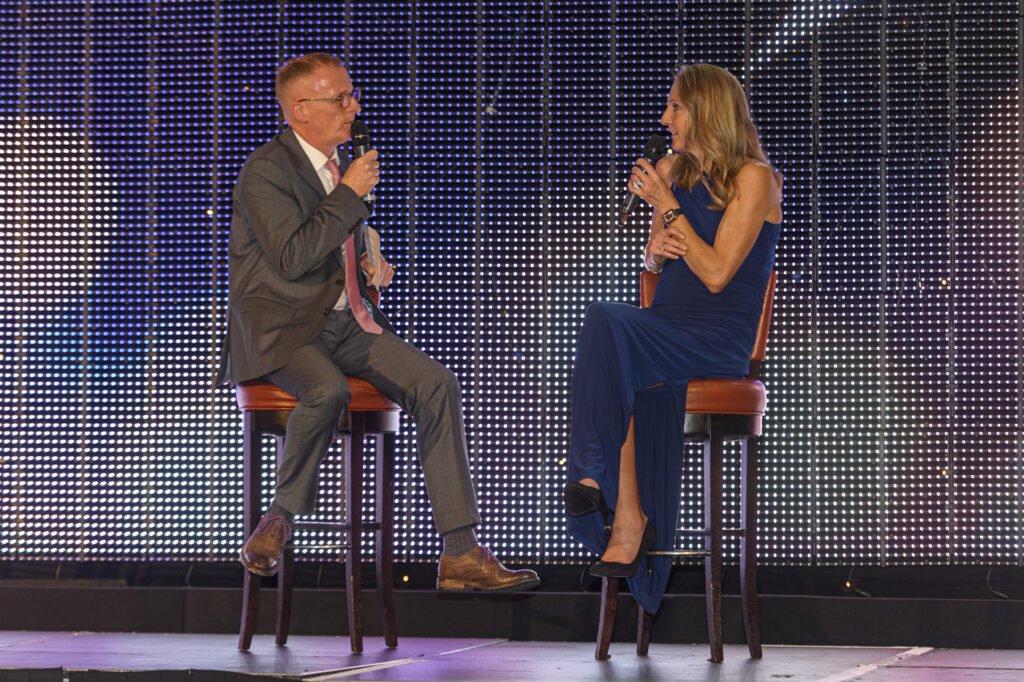 #THROWBACKTHURSDAY
A wee dip into the Scottish Athletics files today for some material from the countdown to Glasgow 2014 (OK, also known as, lockdown cupboard clearouts continue) . . .
And two great images of Eilidh Doyle (Child) and Lynsey Sharp in the build-up to Hampden and the Commonwealth Games six years ago.
The interest was such that Eilidh even made the front cover of a magazine more accustomed to Scottish politics than sport while the Scottish Sun newspaper turned the focus on Lynsey.
Both made were to make Hampden headlines, as it happens . . . ...

BLAST FROM PAST . . . Very much still on #ThrowbackThursday theme - and with Glasgow 2014 connection - here's… https://t.co/bYGpGJ10ue

BLAST FROM PAST #ThrowbackThursday As it happened, there was a Hampden silver lining for both @EilidhDoyle and Lyn… https://t.co/Oh1MDJWDXL