Kirsty throws British U17 Record as Scotland impress in Wales 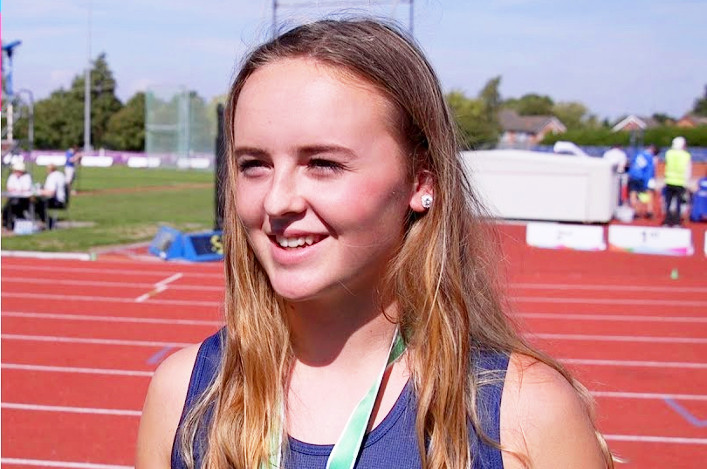 Kirsty Costello – British Record in U17 Hammer (subject to ratification)

Scotland field a strong U20 team at the Welsh International in Cardiff in midweek – and it proved an excellent learning experience and performance opportunity for some of our best emerging talent.

Young thrower Kirsty Costello is no stranger to age group records and the Kilbarchan AAC athlete has now added a British Record at U17 in the Hammer (4Kg) to that list with a superb 56.89m effort, which earned her second place in the competition on the night.

Sarah, just back from reaching the final at the Euro U20s in Sweden the previous weekend, also brought Scotland home to victory in an exciting Mixed 4 x 400m Relay where she had been joined by Isla, Billy Doyle and Scott Connal.

Costello’s second was one of nine seconds for Scotland athletes – an excellent effort.

Triple jumper Bera Ajala was one of those, as he reached 15.00m for the first time for a fine PB, after twice jumping 14.97m in earlier rounds.

Calvert manages to hold off the charge from the English Boys chasing her down and Scotland take the final victory! pic.twitter.com/vF8BVRC7hQ

Here’s a short summary of other highlights:

Well done to all the athletes involved and their families and coaches who made the trip to Wales or supported from afar.

And thanks to the volunteer coaches who joined scottishathletics staff for the Welsh International and made this another important development step for Scotland U20s.

With thanks to Allan Scott and Julie Mollison

Brilliant race in the Men's Match 400m as Doyle bags an important win for the Scots! Make sure you do not miss the rest of the action in Cardiff! https://t.co/Y392jTEfqb pic.twitter.com/VfE7tOhvuz