New mum Libby on way back . . . and Derek Rae video 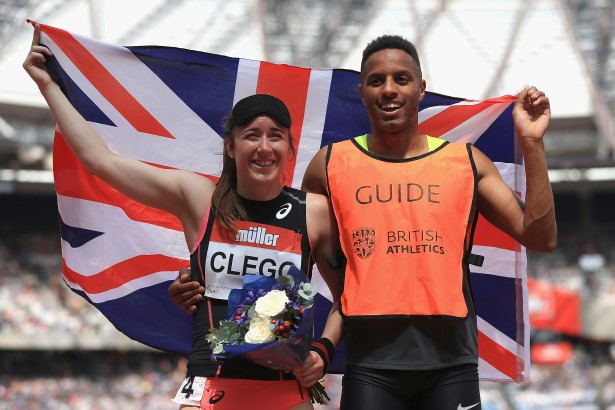 Paralympic gold medallist Libby Clegg says she is on track for a quick return to athletics despite an emergency Caesarean as her first child was induced.

The 29-year-old Scot had planned a spring birth to give herself a chance to be competitive for the World Championships in November.

Edward arrived in April and his mother is already back in training.

‘I definitely think I’m going to be competitive this year,’ said the Glasgow 2014 gold medallist in a special interview with BBC Sport.

‘I’m not sure whether I’ll be quite where I was before, being realistic, but for me, having him has given me a new focus. About two after I had Edward I really wanted to get back to the track and training.’

Definitely worth a read, @LibbyClegg talks about her struggle after #Rio and training after the birth of baby Edward #training #mentalhealth https://t.co/J0DvOyTu80

Paralympian Derek Rae is a well-kent and hugely-popular figure on the Scottish road running scene.

The Fife AC athlete, who is coached by Ron Morrison, continues to inspire those around him with superb performances and the Paralympics in Tokyo is now very much a focus.

He spoke to Fife Today for a special video interview which also features a contribution from Derek’s strength and conditioning coach, Luke Birmingham.