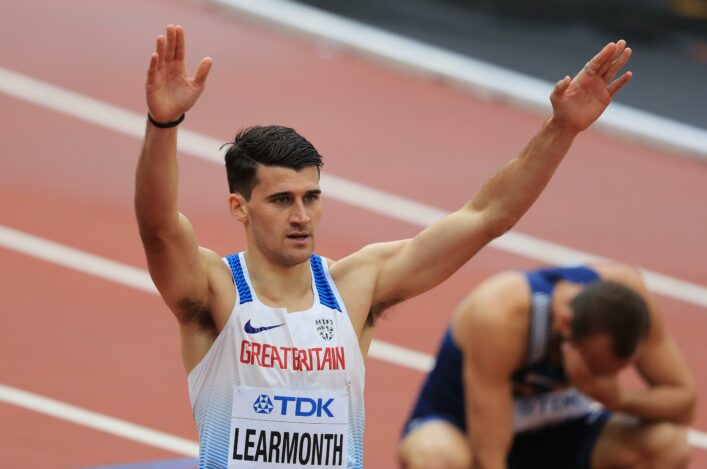 Learmonth, who made his major senior British international debut at the Championships in Prague four years ago, emerged from the poll of every member of the record 49-strong team for Glasgow was given the chance to nominate who they would like to be captain.

Guy of course is one of no fewer than nine Scots ready to compete at the Emirates Arena – with the action starting on Friday morning.

The 26-year-old Lasswade AAC athlete has enjoyed a successful indoor season so far, opening up with an indoor 800m personal best of 1:46.98 in Boston before securing his place on the British team for Glasgow with silver at the SPAR British Athletics Indoor Championships.

As part of his role, Guy will deliver the pre-Championships captain’s speech at the British team meeting in a Glasgow hotel.

‘It is an absolute honour to be named captain of this incredibly strong British team ahead of a home championships this weekend,’ he said.

To be honest, it’s something that never crossed my mind, so it has come as a total surprise. To everyone that voted for me, thank you, I am truly humbled.

‘Like every championship, we need to set our goals high. I firmly believe we can finish at the top of that medal table and there is no better place to do it than on home soil.

‘I will do my absolute best on and off the track for the rest of the team and be the best captain I can possibly be.’

Nine picked in Record representation for Scots at European Indoors

scottishathletics Head of Performance and Coaching, Stephen Maguire, is thrilled for all nine Scots set to race this weekend as part of the British team.

‘This will be massive for all of them,’ he said. ‘Once you pull on that GB vest then you have to perform. Once you make the team, there is expectation. Anybody who makes the team is in it for medals.

‘I never set targets (in terms of the Scots). I appreciate the quality of the opposition but know that anything can happen on the day.

‘I look at where out athletes are in terms of form and experience and they are going to be in the mix. There are some strong, strong hopes and I am confident.

‘Everyone at scottishathletics wishes them and the GB and NI team all the very best. It should be a really special atmosphere at the Emirates Arena and a great moment for our sport.