Muir and Doyle put down good markers at Emirates 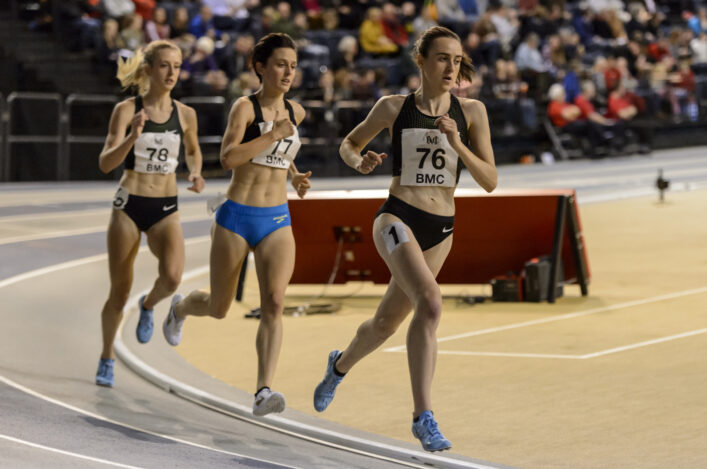 Photo by Bobby Gavin at the Emirates Arena

Laura Muir laid down an impressive marker for the European Indoors with a superb 5000m run at the GAA Miler Meet.

And, to complete a good night for the group led by Muir’s coach Andy Young, there were Scottish 3000m golds for training partners Sol Sweeney and Jemma Reekie.

Sweeney and silver medallist, Inverclyde athlete Adam Craig, both went inside eight minutes with PB performances which augur well for the rest of the indoor season.

That men’s race was the last of a hectic, and exciting, afternoon-evening programme at the Emirates Arena venue which hosts the Europeans on March 1-3.

Muir of course has sights firmly set on that event, although it’s not yet clear if she will run 1500m or 3000m.

‘I’m really pleased to run 14.52.02 for my second fastest 5000m indoors ever – and only three seconds outside what I did here a couple of years ago,’ she said.

‘It is a good sign of where I am at currently and hopefully sets me up for the rest of the indoor season. The Europeans are suddenly so close now and, with the Emirates being my training track and Glasgow where I have lived for seven years, of course I’m desperate to do really well here.

‘I’ve family and friends who have already got tickets and the noise tonight for the GAA Miler Meet was really loud each time I came into the home straight.’

With Beth Potter pacing to great effect, Muir went through 3000m in 9.02 but pushed on strongly over the last 2K. Not too far behind her, training partner Gabriela Stafford took what is understood to be a Canadian National Record in 14.57.45.

Jemma Reekie had stayed with Potter, Muir and Stafford well for 2K but faded a little before coming home to win the Scottish 3000m title in an indoor PB of 9.16.48.

Irish athlete Abbie Taylor took the Women’s U20 gold in 9.51.62 with Lasswade’s Sarah Tait taking silver and Minnie Brockelsby of Dunfermline Track and Field in third.

Hannah Anderson of East Kilbride took the Women’s U17 gold with a really fine performance in 10.03.83. There was silver there for Flora Henry of Team East Lothian and bronze Helen Chong of Giffnock North AC.

Hannah is now fifth on the Scottish all-time list for U17 Women indoors – well done to athlete, family and coach!

*There were Masters gold medals at the following age groups in the female division: 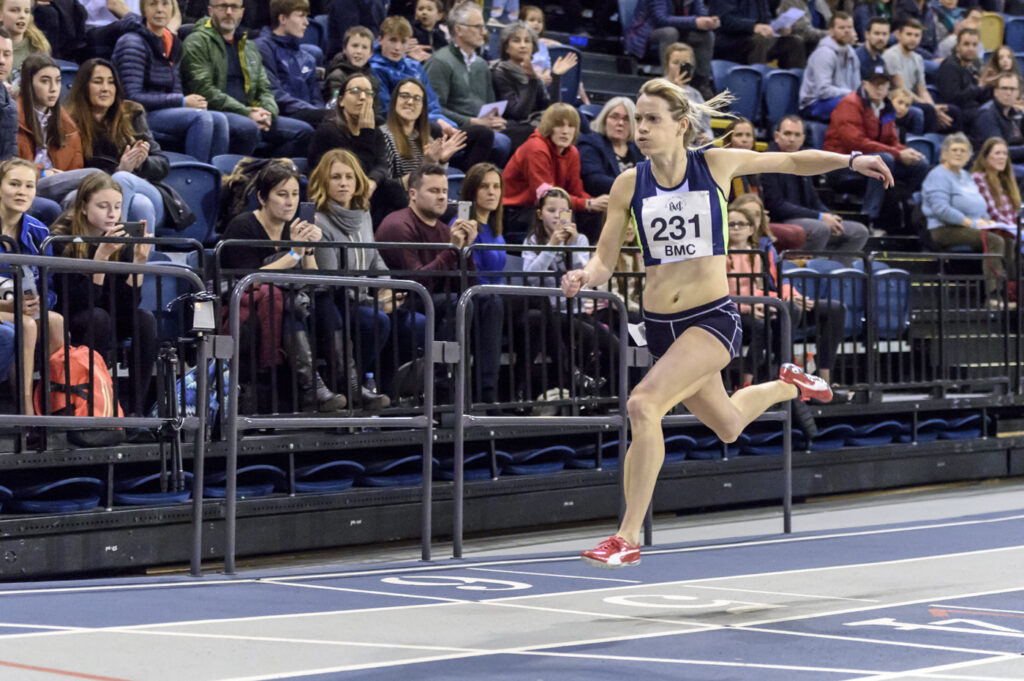 Eilidh Doyle opened up her 2019 with a good run in a  200m guest race to start off the GAA Miler Meet proceedings on Friday evening.

Eilidh clocked 24.29 seconds which was just quicker than the 24.35 she ran at exactly the same stage 12 months ago – en route to medals at the World Indoors and the Gold Coast Commonwealth Games.

She will return to the Emirates Arena next Saturday for the FPSG National Open and race her first 400m of the indoor season.

‘I am pretty happy with that and it gives me a wee marker of where I am and how it compares to last year,’ said Eilidh.

‘You have to get out and take on a race to get yourself started and I’m really grateful to the GAA and to Mhairi (Patience) and the guys who were in the race. It hadn’t been scheduled but they put it on especially after we requested it so that’s much appreciated.

‘We’re into 2019 now obviously and suddenly the European Indoors and Glasgow 2019 seems that much closer. It’s about trying to get things right in terms of qualifying and then peaking for the event at the start of March. I’d love to be involved.’