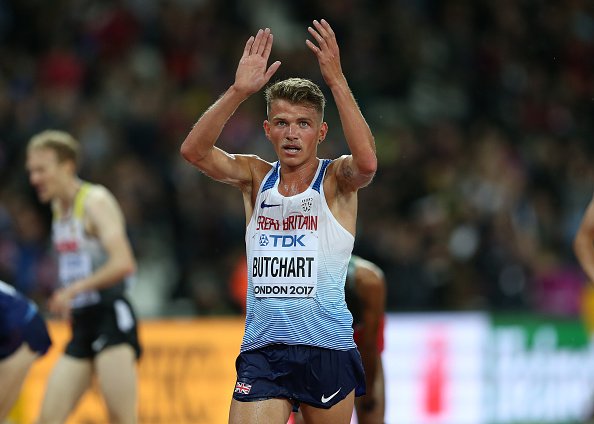 Andy Butchart insisted he belongs at global final level despite feeling a little frustrated by his performance in the Men’s 5000m final at London 2017.

It was Mo Farah‘s track swansong at the World Champs but he had to settle for silver as Ethiopian Muktar Edris won it in 13.32.79.

Butchart clocked 13.38.73 after making a surge to join Mo at the front with around 500m remaining but was caught by half-a-dozen rivals by the bell.

It was a second global final in a row for the Central AC athlete, who finished a fine sixth last year in Rio at his first Olympics.

‘It’s eighth in the world so it isn’t too bad a place to be,’ said Butchart.

‘I’d rather have been placed higher but these guys are fast. I was sitting at the back just relaxing and then before you know it it’s down to four laps, three laps . . . and you think: ‘it’s not long to go now, and I’m at the back’.

‘So I left it hard for myself but I’m on par with these guys – I’m meant to be in these races, so it’s not like I’m expected to come last. I’m expected to do well and I put a lot of pressure on myself.

‘I moved up because it’s nice to be up there with Mo because the crowd really gets going. When you get to the front you get such a boost of energy from the crowd, and I needed that at the time.’ 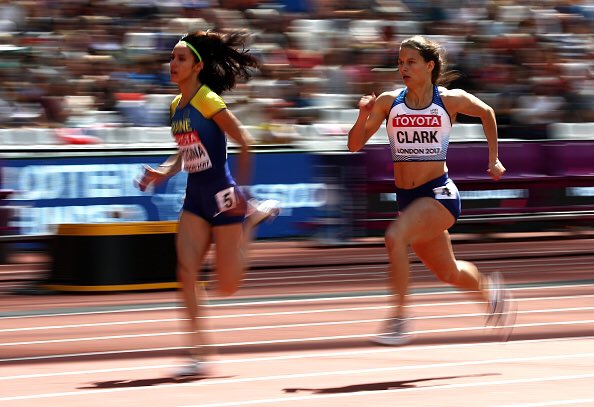 In the morning session, there was a really good run from Zoey Clark on the first leg as GB and NI 4 x 400m Relay women moved smoothly into the World Champs final at London 2017.

The quartet clocked 3.24.74 for a Season’s Best with Clark handing over to Laviai Nielsen who was followed by Perri-Shakes Drayton before Emily Diamond brought the baton home.

Aberdeen AAC athlete Zoey is savouring her whole World Champs experience: ‘It has been everything I could have hoped for and a bit more,’ she said, after a PB in the individual 400m semis.

‘I’ve learned a lot while I am here being part of the British Athletics team but, out there today waiting to start in that atmosphere and with the expectation, I was able to draw on Glasgow 2014, as well. I am handling it all a bit more now.’