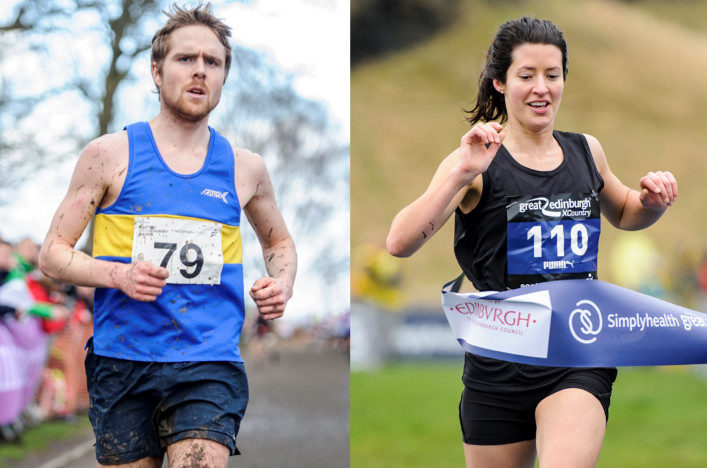 Lachlan Oates and Morag MacLarty are our XC GP winners

Lachlan Oates and Morag MacLarty are the winners of the Scottish XC Grand Prix for 2016-17 – with each to pick up £750.

That’s the top prize in the £4000 overall allocated for the Grand Prix, which is calculated over six events across the season, with four of those National races in Scotland plus British Cross Challenge events in Liverpool and Loughborough.

Shettleston Harriers athlete Oates won the benefit of racing at the Inter-Counties in Loughborough in March to reach 184 points and triumph overall by only five points from Kris Jones of Dundee Hawkhill, silver medallist at the Lindsays National XC and the Inter-District champion.

With Central AC’s Jamie Crowe in third place – worth £250 as Jones collected £400 – by only a further four points it was a tight finish in the men’s overall table.

Shettleston’s Tewolde Menigsteab took fourth place and Andy Douglas of Inverclyde was third after an excellent first half of the series before then missing out on the later races.

In all, 65 men picked up Grand Prix Points and there was a place in the top 10 for Fife AC U20 athlete, Logan Rees, after a good run at Loughborough in the Senior Men’s race to make 10th place. 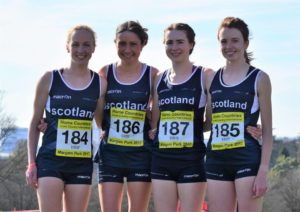 MacLarty for her part had the title sewn up prior to that fixture, in a season which saw the Central AC athlete take the Inter-District gold and win her first Senior title at the Lindsays National XC on a memorable day in Falkirk.

Morag’s tally of 255 was well clear of second-placed Steph Pennycook, as the Edinburgh Uni Hare and Hounds/Fife AC runner reached 173 points. A further 20 points back was third-placed Nicola Hood of Dumfries RC, who won the West title at Ayr in December.

Making up the top five in the Women’s table were Sarah Inglis of Lothian RC (152) and Rachael Dunn of Edinburgh AC (109). In all, 62 women won GB points this season.

Congratulations to our 20 money-winners (each of the top 10) and to their families and coaches on fine seasons in the scottishathletics XC Grand Prix for 2016-17.

There’s more detail on the allocation of the points and the cash to be found on the dedicated page for the XC Grand Prix. 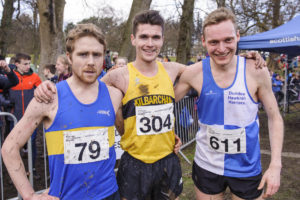 Men’s Medallists at the Lindsays National XC – with Lachlan Oates (left) and Kris Jones (right) 1-2 in the XC GP. 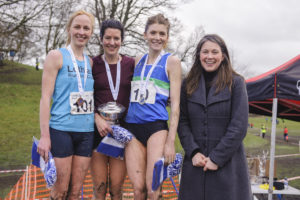