The Scottish 10-Mile Champs enjoyed their highest-ever field as athletes from across Scotland descended on Strathclyde Park for the Tom Scott Road Races, sponsored by Hydracat.

A new high of 377 athletes completed the 10-Mile race, an increase of just under 25% on last year.

In just four years the size of the 10-Mile field has risen 75%, reinforcing both the event’s growing popularity and the ascending interest in Championship events.

The 10 Mile race also hosts the Scottish 10 Mile and West District 10 Mile Championships, meaning individual and team medals were on offer to the top finishers in both the Men’s and Women’s categories.

A new Men’s champion was crowned in 2017 as Wayney Ghebresilassie of Shettleston Harriers lifted the Tom Scott Memorial Trophy for the first time, stretching away from Kilbarchan’s Derek Hawkins in the final three miles to win by 17 seconds in a time of 47:40 mins.

Completing the top three in the men’s race was Craig Ruddy of Inverclyde, the champion from two years ago. All three were inside the standards asked for to claim shares in the Road Race Grand Prix, with Wayney and Derek each claiming A standards (under 50.00 minutes.)

Paralympain Derek Rae was in action, too, and came up with a PB of 53.38 which sets up the Fifer well for the IPC World Marathon Cup in London later this month. 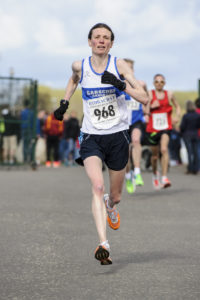 Katie White of Garscube Harriers claimed the ladies title and the Granville Trophy in 58:20 to edge Nicola Gauld of Aberdeen AAC by 26 seconds, with Jill Smylie of Giffnock North in third place.

White, coming off a fifth place finish at the Lindsays National Cross Country at Falkirk at the end of the winter season, secured a maiden Tom Scott and National 10 Mile title to start the summer season in the best possible fashion.

Titles are also awarded to the 1st teams in the 10 Mile race, with teams being crowned as Scottish Team 10-Mile champions, as well as champions of the Tom Scott 10 Mile.

The Motherwell YMCA Trophy for the 1st male team was awarded to Inverclyde AC with Craig Ruddy, Mark Pollard (15th) and John Bell (16th) combining to take the team golds west to Greenock. 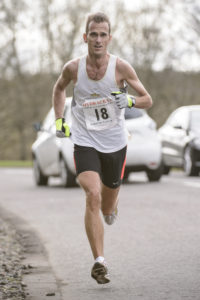 ROUND THE LOCH 6K

The 12th Round the Loch 6k race saw a new course record being set in the men’s race.

Jozsef Farkas, fresh from exploits in Daegu, South Korea, bettered the previous course record by 6 seconds in 18:37 minutes. Jill Knowles of the Scottish Prison Service was the winner of the ladies’ title in 22:32 mins.

Farkas claimed the victory for a third successive year, with 2nd place going to Ross MacDonald of Law & District with Andrew Clark of Giffnock North securing third. Knowles also took a commanding win, leading the way home ahead of Hilary McGrath and Rachel Donnelly, both of Law & District.

*The Tom Scott Memorial Road Races would like to thank main sponsor Hydracrat for their continued support and assistance in the organisation of the event.

Thanks, also, to thank Co-Op Funeralcare and Tunnocks for the provision of supplies at the finish area, ensuring athletes were provided with race supplies on the day.

A final thanks to StuWeb, scottishathletics, St Andrews First Aid, and finally to the Strathclyde Park staff for all working to benefit the running of the event. The organisers look forward to welcoming an even stronger field to Lanarkshire in April 2018! 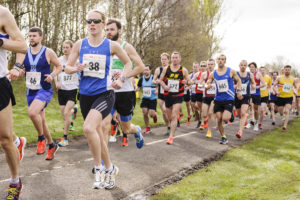 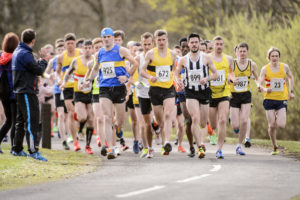 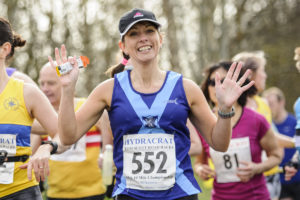