Scotland teams have now been selected for the annual ultra international event over 100k – the Anglo-Celtic Plate.

The event is taking place on Sunday 21 May at Partington, near Hull, and the event features the British Championships at 100K.

Rob Turner, Sophie Mullins and Rosie Bell each have international experiences in the announced selections but all the others picked will savour their first Scotland appearances at Hull.

With a number of men’s ultra commitments around that time, the team is only two athletes at the moment, but the women’s team looks strong.

The debutants in both men’s and women’s team, however, reflect more depth in terms of those felt capable of competing at this level as the ‘feel-good factor’ in athletics in Scotland feeds into ultra running, as well as other disciplines.

Included in the event is the Scotland 100K Champs and there’s an open 50K race incoporated into the fixture that weekend, too.

Thomas Loehndorf will take on a role as Team Manager for the Anglo-Celtic Plate, which pits the Scottish athletes against others from around Britain. 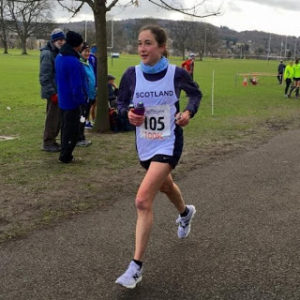 With thanks to Thomas Loehndorf and Adrian Stott