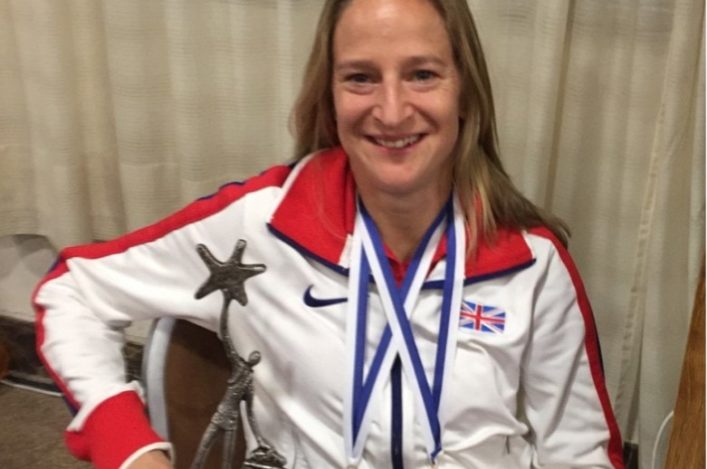 Joasia Zakrzewski once again confirmed her status as one of the world’s finest ultra runners – with yet another global medal at the IAU World 100K.

The Scottish athlete was competing at this event for the fourth time and picked up a bronze medal in Spain to improve on last year’s fifth place (and European bronze) and took this year’s Masters gold, too!

Zakrzewski claimed a silver in 2011 and a bronze in 2014 so her collection of individual medals at this level grows still further, as well as a number of team and European Champs successes over the years.

Joasia was in podium contention throughout and was second after 60K before ultimately taking third with a time of 7.41.47.

With Autralian athlete Kirstin Bull taking the win in 7.34.25 and Croatia’s Nikolina Sustic the silver in 7.36.09, there was also a World Masters gold medal for Joasia (there was no European Champs incorporated this year).

It was a solo trip for the Glasgow 2014 marathon runner, with two GB and NI men having to pull out injured and there was also pre-race hassle over hotel accommodation in Spain.

‘I have to say that I found the course tough with the tiles and tight corners (made worse by the standing water/puddles after the rain), but a medal earned by digging deep is so much more precious,’ said Zakrzewski, with her time also obliterating the Scottish Women’s 40 record for 100K.

‘I’m just glad that I was able to prove that the selectors had appropriately placed their faith in me and that I could continue trying to do GB proud as this was my sixth time donning the vest in a World Champs and I’ve always managed to come home with a medal or two.’

All at scottishathletics would like to congratulate Joasia on another superb performance on the world stage.

Our social media channels lit up with the news from Spain early on Sunday afternoon and among those leading the messages were our chairman Ian Beattie and the likes of Adrian Stott, Nigel Holl and Ross Houston as the ultra running community in Scotland, in particular, voiced their acclaim.

On our Facebook page, Ian posted: ‘Another superb performance from Jo. She has an incredible record of performing at the big events when it really counts. Congratulations!’ 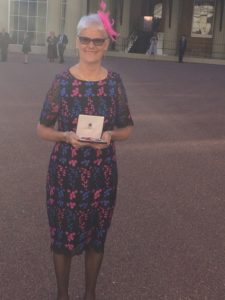 From one special female within the community of Scottish athletics to another.

Friday was a great day for Para coach Janice Eaglesham, as the chair of Scottish Disability Sport, received her MBE award at the Buckingham Palace.

With husband Ian Mirfin having already been presented with his MBE earlier in the year, it has been a great 2016 for the couple who are synonymous with so much of the Para athletics activity in Scotland over recent years – including leading Red Star AC.

All at scottishathletics forward our congratulations to Janice (and Ian) on the MBE awards. 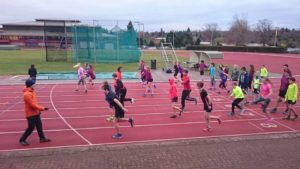 The North District Endurance Camp over the weekend looks to be another good initiative on the endurance scene in Scotland.

We’re delighted to hear that 34 athletes from five different clubs gathered for the two-day get together to share sessions and ideas.

There were grass rep sessions and a biomechanics workshop at Inverness on Saturday plus pack runs on Sunday with one of the organisers, Sophie Dunnett, delighted by the enthusiasm and potential displayed in what looks sure to be first of more camps of this nature.

Thanks to Moray Road Runners, East Sutherland, Inverness Harriers, Forres Harriers and Ross County for all making a commitment to the first camp, with the hope being that this may become a twice-yearly event.

Eilish McColgan swapped Manchester, England, for its American namesake, in Connecticut and finished fifth in high quality field in a Thanksgiving Day road race over 4.78 miles.