The London 2017 Organising Committee has launched its search for ‘Runners’ – the volunteer programme for the World ParaAthletics Championships and IAAF World Championships.

Up to 4000 volunteers will be at the heart of the Championships, helping to deliver the event in The Stadium, Queen Elizabeth Olympic Park and across London.

It is anticipated that up to half of the ‘Runners’ will be from the grassroots of athletics across the UK. Others are invited through a national campaign, with the aim of retaining them in the grassroots of the sport beyond 2017 as part of the legacy.

Recruitment started on 28 June through an online application process. Members of athletics clubs and the general public can register their interest at www.london2017athletics.com/volunteer and details of the application form will be sent in early Autumn 2016.

Selection centres will take place before the end of 2016, with successful ‘Runners’ confirmed in early 2017. Volunteers will play a key role in the running of the 20 days of the Championships with a range of roles including transport, way-finding, meet and greet and accreditation.

Dina Asher-Smith volunteered at the London 2012 Olympic Games and was a ‘kit carrier’ in The Stadium for a number of top athletes.

‘I volunteered at the London Olympic Games and it was an amazing experience. It was magical to be part of the whole occasion. I would say to everyone that they should get involved in London 2017 because it will be one of the most amazing experiences of your life.’ 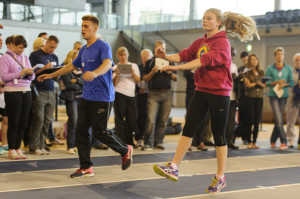 Places are still available for the next Athletic Development and Physical Preparation 2 course on July 23/24 at Grangemouth.

The two-day course looks at the development of fundamental movement patterns that underpin athletic activity, through formal assessment and exploring strategies to fix the broken movement.

The course is available for anyone who has completed the Athletics Coach award/Coach in Running Fitness (CiRF), or Coaching Assistant coaches who have attended Athletic Development and Physical Preparation I Course.

For further information on the course and for booking please go to the following link: https://www.scottishathletics.org.uk/course/athletic-development-physical-preparation-ii-2/

For all the forthcoming coach development courses available for 2016/2017, see the specific page. 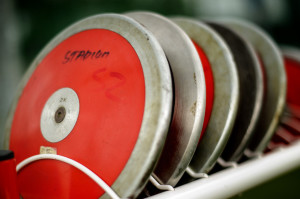 Our Throws Grand Prix Series has already featured two events in what we hope will be a successful summer series.

And the time is right now to enter for the third meeting – which is at Craigswood in Livingston on Saturday 23 July.

More than 150 athletes entered for the last meeting with some fine performances that day, particularly in the hammer.

Entries are open online via the specific page for the Throws GP at Livingston on July 23 and cost £5. Following a change to our organisation of these events, there are no entries on the day – and this move certainly helped the most recent meeting run smoothly. 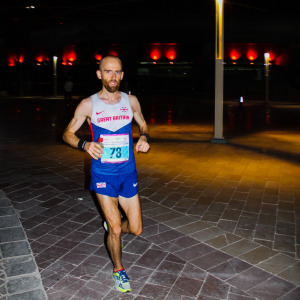 Scottish athlete Paul Giblin is the West Highland Way record holder and three times winner – and he delivered a fine result in the Western States 100 in America.

Paul placed fifth in one of the most iconic American 100-miler events with what is understood to be the best performance ever by a Scot and the second best by a British athlete.

Ellie Greenwood is a twice winner and holds the women’s course record in the Western States 100.

It was Paul’s best international performance against high quality opposition since racing in the 100k World Champs in Doha in 2014.

There were a couple of events this week and here are Results links for the Team East Lothian Track Trials Open Graded at Meadowmill on Tuesday 28 June and the Scottish Veteran Harriers Club 5K road race on Wednesday 29 June.

TEL Track Trials (scroll down and look for June 28 download)