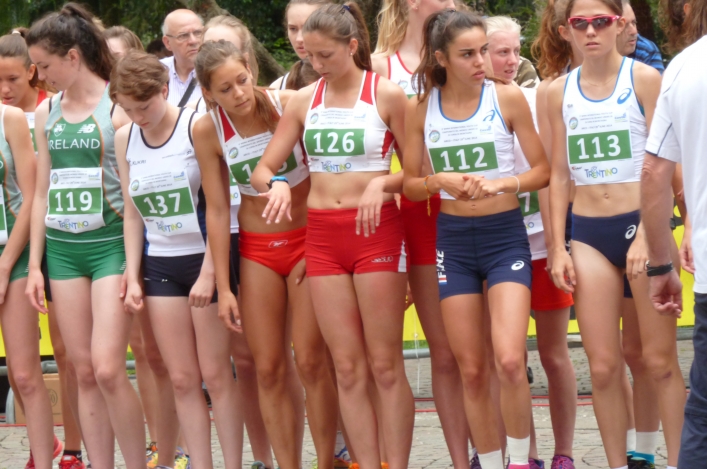 The Italian town is hoping to host the European Mountain Running Championships in two years’ time and used the youth event as a dress rehearsal. Full video cover was relayed to a large screen at the finish. A motor-cycle cameraman led the runners on the urban sections through the steep and narrow mediaeval streets whilst fixed cameras covered the rest of the course up to a castle on a spectacular hill above the town and up and down through olive groves.

Annabel Simpson was first Scot in 24th place in 21:54 followed by Jennifer Ricketts in 27th (22:08) and Ailsa Cruickshanks in 39th (23:27). France also took the team prize with Scotland finishing 11th of the 18 teams taking part. The race for 16 and 17 year old girls was won by Elsa Racasin of France in 19:43 beating Tatiana Ivanieva of Russia by 12 seconds.

In the race for 16 and 17 year old boys, Scotland’s Craig Jardine finished 15th in 23:26 and Sasha Chepelin was 31st in 24:45. Ski-mountaineering champion Davide Magnini gave the Italians an impressive home win in the race with a strong and controlled run that took him well clear of the pack to finish in 21:29. Pierre Xolin of France took second place in 22:07.

The races were streamed live on the event website, where full results can be found. If the recorded video coverage becomes available, it will be well worth watching, but at the time of writing this has not yet appeared.

Pictured above: Anxious moments on the start line for Scotland’s Annabel Simpson (137) and eventual winner Elsa Racasin of France (112).