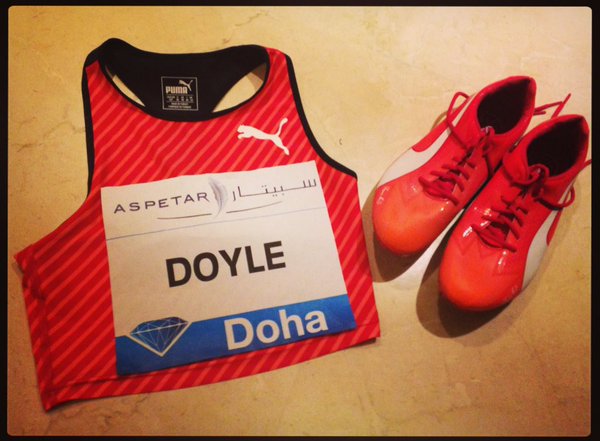 European Champion Eilidh Doyle made a flying start to her 2016 campaign at the Diamond League opener in Doha.

Eilidh delivered victory with a world-leading 54.53 in the 400m hurdles against a classy fioeld. In what was her fastest ever season opener, the 29-year-old disposed of strong opposition which included World Indoor Champion Kemi Adekoya and Jamaica’s Commonwealth Games gold medallist Kaliese Spencer.

Doyle’s GB team-mate Meghan Beesley had to dig deep running from lane seven crossing the line in 55.72 for a sixth place finish.

‘I was very happy with the race,’ said Eilidh. ‘My training has worked very well, although my reaction was a bit slow at the start. Obviously, my focus is on Rio and I will just keep trying harder and harder.’

After running an Olympic 5000m qualifying standard last weekend, Eilish McColgan recorded a second personal best in a week finishing in 10th place in the women’s 3000m. McColgan, who has switched from the 3000m steeplechase to the flat beat her previous best by over four seconds clocking 8:43.27.

That run by Eilish is the fifth best on the Scottish all-time list for 3000m. 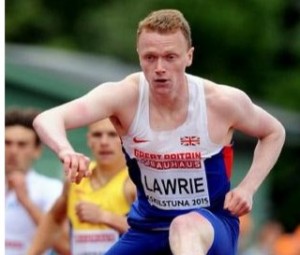 National Academy athlete Jack Lawrie was in British Men’s League action over the weekend for his English club, Woodford Green.

Jack came up with a PB performance in the 400m Hurdles as he clocked 50.85 – with that run the seventh best of all-time by a Scot.

In America, Nick Percy has been in top form in recent weeks with a number of fine discus performances (including a pending Scottish record). He was in hammer action at the weekend and reached 67.85m for a PB in that event  which is seventh on the Scottish all-time lest.

At the Occidental event, in the men’s 800m Guy Learmonth took victory by almost a full second in a time of 1.47.42.

Check out a number of these performances in the Results section of the Scotstats website.

There was Men’s and Women’s League action in Scotland over the weekend.

Division One champions Aberdeen AAC opened up with a victory at Grangemouth in the Men’s League. The top three points tallies were as follows: Aberdeen 390, Central AC 286, Lasswade 248.

Results are online on our Events section

In Ireland, there was a good 800m win for Katy Brown. Brown had a difficult spell in 2015 through injury but the Scotland international has bounced to start 2016 with success at the Irish Milers Club meeting with a run of 2.04.05.