WATCH: interviews with Laura and Jake 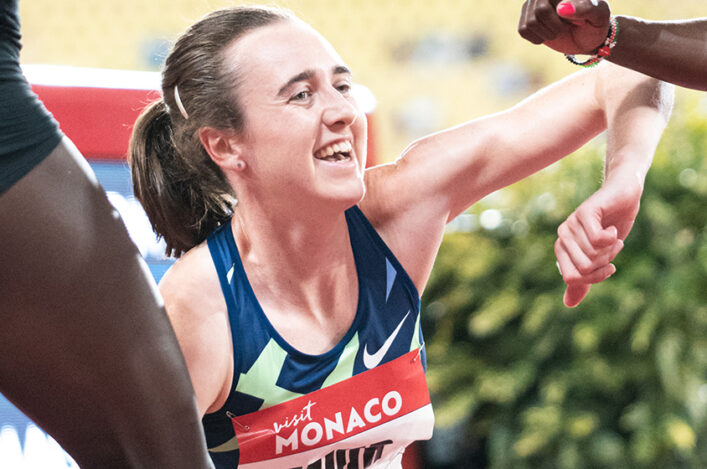 It was quite a night for Scottish athletes at the Monaco Diamond League meeting on Friday evening.

Laura Muir claimed a new British Record for the Women’s 1000m as she finished second – with training partner Jemma Reekie, who was fourth, also inside the previous time set by Dame Kelly Holmes.

And Jake Wightman took the Scottish 1500m Record into new territory as he ran under 3:30 for the first time.

Jake’s run of 3:29.47 took him to No 2 to the all-time list for British athletes – with only Mo Farah having run faster.