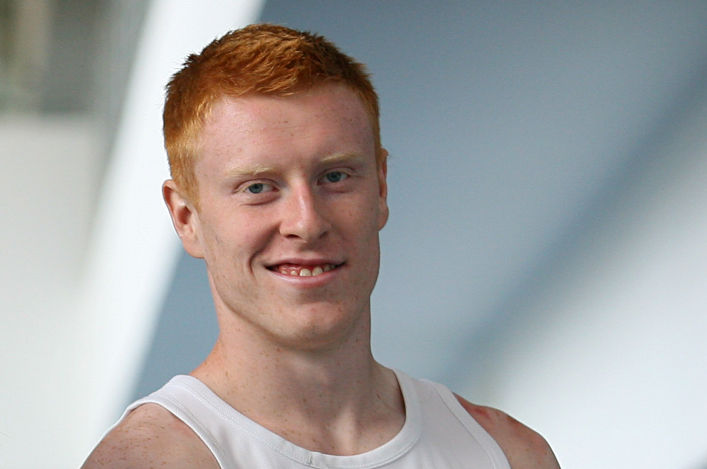 Jax Thoirs soared to new heights on a fine weekend for a number of Team Scotland athletes.

The America-based athlete cleared 5.60m in Seattle with a performance which is now set to be confirmed as a new Scottish pole vault record.

It was just one of a clutch of fine performances over the weekend as Angus McInroy took a big step to claiming his Commonwealth Games place and others to impress included Eilidh Child, Susan Partridge and Gregor MacLean.

Thoirs was in action in Seattle at the Ken Shannon Invitational meeting and cleared 5.60 to push up his Personal Best and the Scottish record in the event.

With confidence high, Jax even attempted 5.73 once after making it at 5.60 on his second attempt.

All at scottishathletics would like to pass on our congratulations to Jax (pictured), his family, University coach Pat Licari and all involved in his development over the years.

*While that took place across the Atlantic, poor weather conditions at a British League match in Wales didn’t stop McInroy and MacLean from hitting form.

Gus threw 56.82 in Cardiff to post his second qualifying standard for the Commonwealth Games and can now think about representing Scotland at discus ñ just as he did in Delhi four years ago.

He backed up his performance with 56.72 with a first throw at Grangemouth few weeks ago having laid the groundwork for his selection claim.

Pole vaulter MacLean had his place in Team Scotland confirmed last midweek, of course, and Gregor celebrated by winning his British League match event with a 5.45m clearance.

Others on form at that meeting were Nick Percy and Chris Bennett as they achieved throws standards also at 56.03 discus and 65.51 hammer respectively.

Then, on Sunday at Lee Valley in the UK Women’s League, Kirsty Law threw 56.97 for another discus standard and maintain her good form. Rachel Hunter was at 61.41 in hammer.

*Susan Partridge is another athlete already picked and the marathon runner took to the streets of Glasgow alongside 8000 others on Sunday for the Bupa Great Women’s 10k.
The largest all female running event in the UK saw ladies of all ages and abilities take on the iconic course, running for fun and fundraising for various charities with lots of laughter along the way.
Partridge was first over the line completing the course which starts on Nithsdale Road and finishes on Mosspark Boulevard via Pollok Park. Partridge came home in 33.53. She was followed by Hayley Haining taking second place with a time of 35,21 and Elspeth Curran in third, completing the course in 35.39.
Susan, winner of the Bupa Great Women’s 10k, said: ‘I was running by myself for the most part which meant I had to concentrate more on my pacing but the atmosphere on the route really is amazing and the Bupa Great Women’s 10k is a very special event.

‘The support at the finish line is brilliant and I thoroughly enjoyed running in front of the crowds in Glasgow, especially in the year of the Commonwealth Games.’

Like Gregor MacLean, Haining was confirmed last week in the (ever-growing) Team Scotland selected for Glasgow 2014.

*Eilidh Child set the ball rolling on a positive weekend with a good outdoor season opener in the Diamond League in Doha on Friday night.

A strong finish helped the Scot to third place in a high quality field with 55. 54.