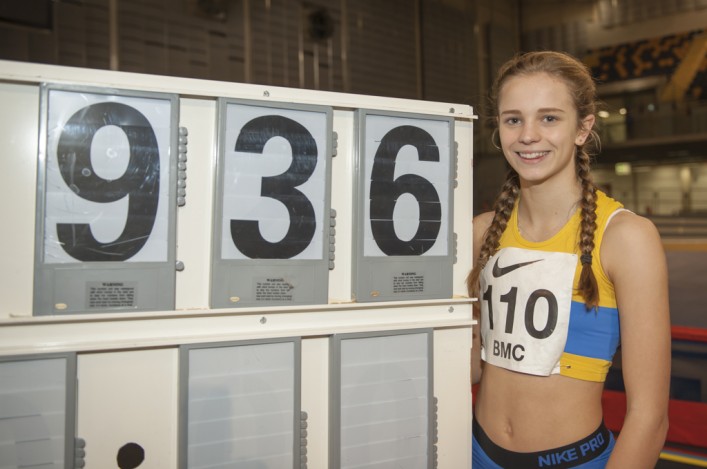 Erin Wallace and Ben Greenwood were short-listed for U17 Athlete of the Year in 2015 – when sprinter Alisha Rees picked up the title at our Annual Awards in October.

And the talented teenagers have picked up where they left off less than 72 hours into the New Year with fine performances at the Glasgow Athletics Association Miler Meet at the Emirates Arena on Sunday.

Giffnock North AAC youngster Wallace produced an U17 best performance for the 3000m distance indoors while Greenwood edged ahead of middle distance legend Tom McKean in the Scottish all-time list for 600m – that’s all men, not age group!

Ben Stevenson and Josephine Moultrie took the Senior gold medals in the Scottish 3000m Champs with the latter’s 8.57 run taking the VP-Glasgow athlete to sixth on the all-time list just behind some illustrious names.

Video footage of A race (with thanks to John Elliott)

There were also Masters medals up for grabs with golds for (among others) the likes of Ronhill Cambuslang Harriers duo Robert Gilroy and Kerry-Liam Wilson; Gordon Barrie of Dundee Hawkhill; Garscube’s Lesley Chisholm and Rob McLennan; and Melissa Wylie of Dumbarton.

Wallace worked with pace-maker Mark Pollard for as long as possible and her 9.36.07 broke the previous best of 9.49 held by 10 years by Siobhan Coleman and will be a Scottish U17 record, subject to ratification.

Coach Dudley Walker said: ‘We’re delighted for Erin as it was a great run. She’s capable of age group records as we’ve seen in the past and it all stems from her dedication and hard work.’

Messages of support and congratulations were quick to come in for Erin, who is not yet 16, across scottishathletics social media. And the first one on Sunday afternoon with the medals not yet presented was from Siobhan Coleman herself! A nice touch, which was appreciated by the Wallace family. 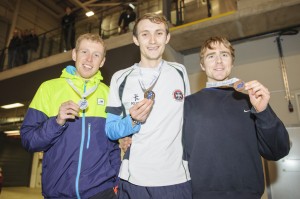 Greenwood of course had a great 2015 – including a bronze medal run at the Commonwealth Youth Games – and he impressed over three laps.

Ben raced to 600m PB behind race winner, English athlete Jamie Webb, with a run of 1.19.47 for the 17-year-old GB international from Perth Strathtay.

‘I am happy with that and it is a good way to start the New Year,’ said Ben, with fine performances also by Robbie Barr and Rory Muir in that race.

‘I was hopeful of a PB even though I’d a good run at this distance last year and to climb a little bit higher on the all-time list feels great. I will be back at the Emirates Arena for the National Open and the Scottish Seniors and take it from there.’

Stevenson won the Scottish Champs gold with a run of 8.17.64 as the Falkirk Victoria Harriers athlete maintained his recent fine form.

Andrew Butchart did the pacing on this one and Lachlan Oates sought to use the pacemaker to establish a lead shortly before Butchart dropped out. But Stevenson quickly pulled back the gap to establish his own advantage and Oates had to settle for third with GB international, James Bowness, coming through for second in 8.22.73.  Lachlan was at 8.27.07.

Moultrie is another athlete in great form over the past few months and has a GB vest awaiting in Edinburgh next weekend after a six-year absence.

The VP-Glasgow athlete always looked favourite for the Scottish Women’s 3000m gold and she duly raced to a fine time of 8.57.14. That is sixth best on the all-time list and there are now only five illustrious names ahead of Jo – via McColgan (Liz and Eilish), Yvonne Murray, Laura Muir and Kathy Butler.

Moultrie, who worked part-time for the Glasgow Athletics Association, also had the satisfaction of reaching the ‘prize-pot’ target laid down at these meets –taking home £200 for running under 9.10 target for Senior Women.

James Donald of Dundee Hawkhill won the U20 Men’s title with 8.49.78 with the U17 gold headed for Fife AC’s Adam Scott. Gillian Black won the U20 Women’s title. 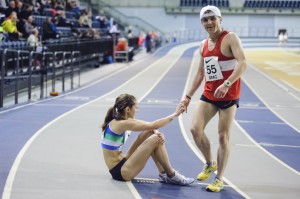 *Big thank to to all at the Glasgow Athletics Association for their help with the Miler Meet and the Scottish Champs at 3000m. The pace-makers worked hard throughout the course of the event to do their best to hit the specified times for the athletes.

And, of course, there were a number of volunteers helpers including our dedicated scottishathletics officials who put in a great shift to once again make sure these events take place. Thanks. 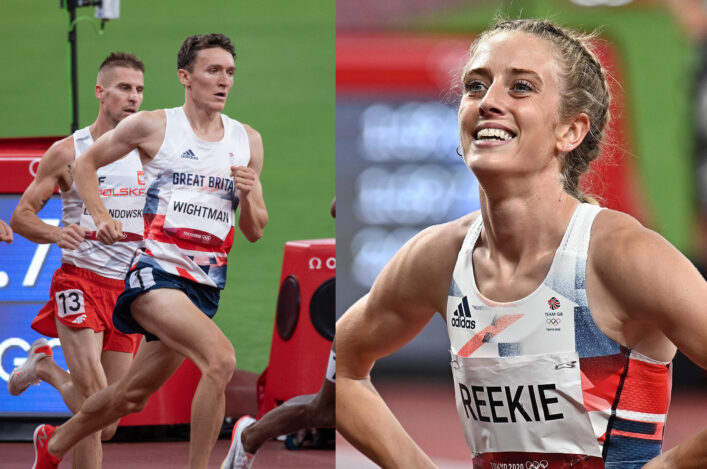