‘Steph has been huge inspiration’ – Beth 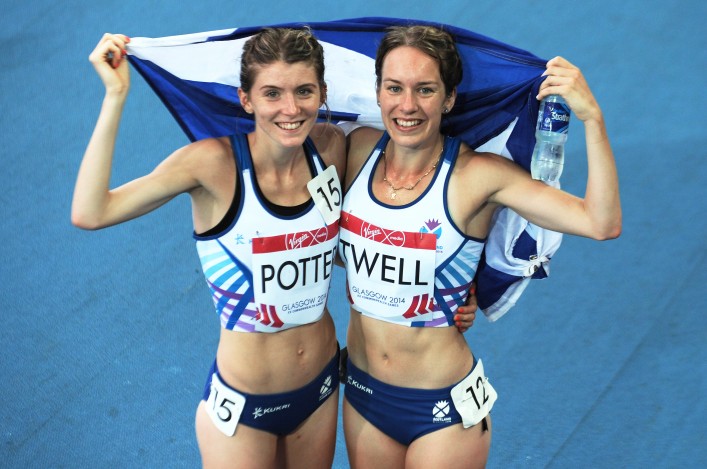 It is more than two weeks since Beth Potter claimed her place in Team GB and NI for the Olympics in the 10,000m.

But the Scottish National XC champion has admitted the reality of Rio is still sinking in after a long road over a number of years which began with Potter winning age group titles.

In fact, as the Scottish Schools track and field finals take place later this week in Grangemouth, the memories will come back for Beth in an sphere where she still holds records.

It has been quite a journey since then – including Glasgow 2014 and a couple of illness problems which threatened to derail her athletics career –  but the 24-year-old teacher is thrilled she didn’t quit and revealed how Steph Twell helped inspire her.

‘I was very nervous for Highgate because it was such a tense occasion,’ said Beth, looking back to the 10,000m trials in London.

‘I had the qualifying time with a PB run from California so in that sense at least I didn’t need to chase the time. But with people like Jo Pavey, Kate Avery and Jessica Andrews all involved, I had to be sure of that top two finish.

‘My coach (Mick Woods) always thought I could make the Olympics. When I ran the qualifying time in the States, it was a long time to the trials race.

‘I felt like I was the target for the others because I was the one with the time. I knew there was so much riding on and I’m glad I don’t have to go through it again.

‘It was really important not to sit off anything or wait for something to happen. I felt I made the right decisions in the race and it was an ‘honest race’ as the times proved (with both Potter and Andrews inside the GB qualifying standard).

‘I couldn’t afford to think about people like Jo and Kate. They are top athletes and have done very well at 10,000m in the past but I felt I had to make sure I was covering everything close to the front of the race. It worked out well in the end although I was still very nervous indeed over the final three or fur laps. 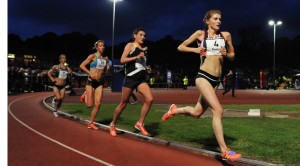 Beth in action in the 10,000m trial (photo by Mark Shearman)

Beth Potter article in The Times

‘To be honest, it is taking some time to sink in that I am going to Rio. I’m a teacher and all the kids at school kept asking me constantly ‘Miss, are you going to Rio?’. It’s nice to tell them I’ve made it.’

‘Highgate has been a good venue for me because a couple of years ago I was second to Jo and got the qualifying time for the Commonwealths and the Europeans. It is a great event.

‘I’ve worked with a sports psychologist and it is the only thing I’ve ever changed in my training.

‘It has made a world of a difference. My outlook is now much more positive than before. I keep believing in myself if I am ill or injured or things just aren’t going to plan.

‘It took me a long time to be able to do that. There have been so many times after bad races or bad months of training where I have just wanted to chuck it. I’m glad I didn’t. 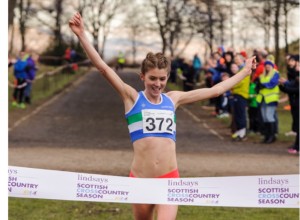 The pair train together and Steph, of course, is looking for a top two finish at the British Champs on June 24-26 to clinch a place alongside her friend on the plane to Rio.

‘When you think off all the setbacks she has had, with her ankle break and how she has come back onto the world stage then it is really inspirational.

‘She was probably the turning point in my season. Back in February, when I wasn’t quite hitting it in training, she ran an awesome race at the Glasgow Grand Prix.

‘I remember going to training the next day and it was like a switch had been flicked. I was really inspired by Steph’s run and things took off for me from there.